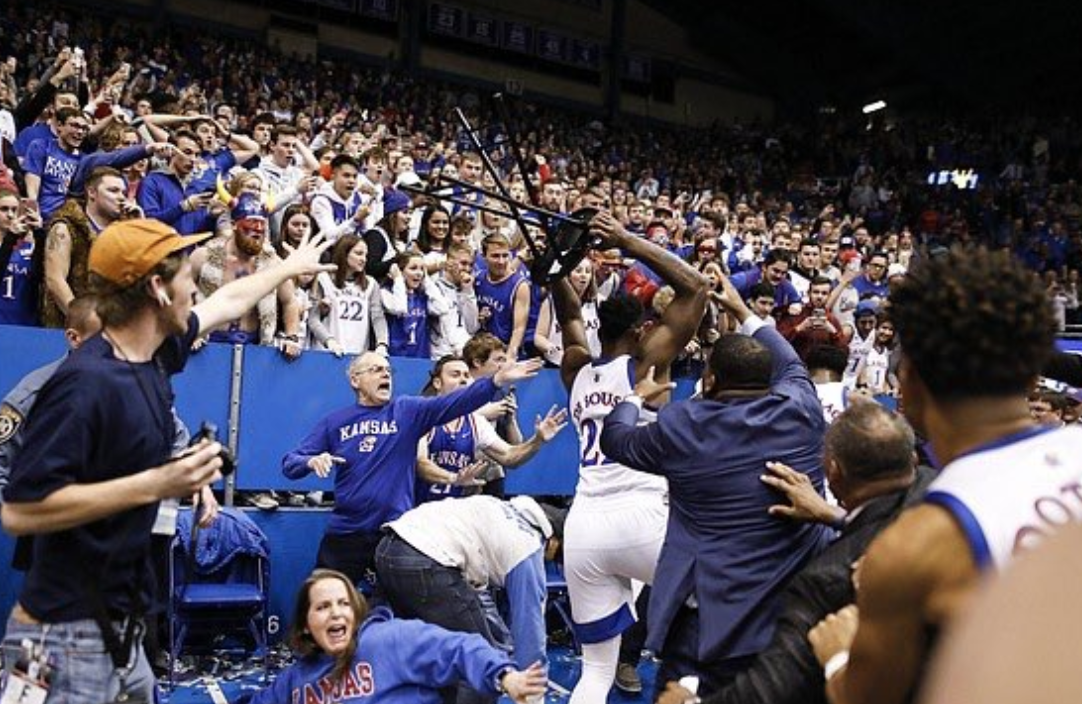 There’s no love lost when Kansas and Kansas State square off on the basketball court, nearly every time the two play, but what happened during their most recent showdown really turned heads.

The two heated rivals went at it at Allen Fieldhouse on Tuesday night — literally. And while the score wasn’t all that surprising, as the Jayhawks have long dominated the rivalry, with them jumping out to a 39-23 lead at halftime, what took place at the end of the game was.

The craziest fight of the college basketball season thus far broke out when the game’s final second ticked off, with players, coaches and staffers all getting in the action, and punches being thrown.

Another angle shows just how crazy it was.

This angle is ridiculous; things are out of hand in Kansaspic.twitter.com/Dwvlrwn4xM

Jayhawks big man Silvio De Sousa even picked up a chair at one point, with the intent of hitting someone with it (although he did not).

we almost had a chairshot pic.twitter.com/nY7fviM9zf

Suspensions are coming, that’s for sure. De Sousa could get hit with a serious penalty for his role in the brawl.