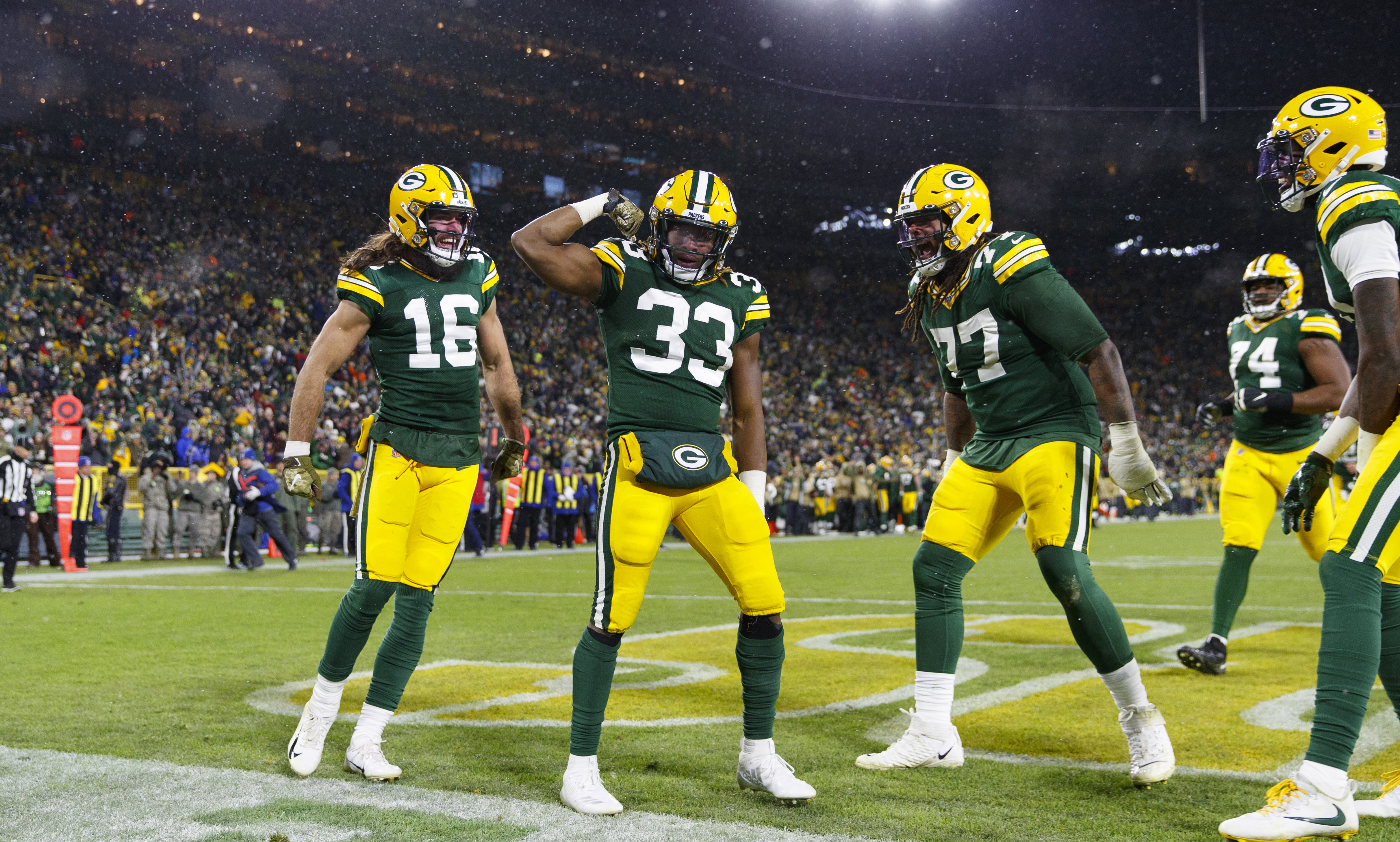 While Packers fans are still smarting from the team’s 37-20 loss to the San Francisco 49ers in the NFC Championship Game, a long-term perspective shows that the 2019 season was a very successful one for the Packers.

If we look at where this team was exactly one year ago, the Packers have made a lot of progress and are in a much better position than they were in January of 2019.

Here is a look at 10 reasons that Packers fans should be proud of the team’s 2019 season:

1. The Packers More Than Doubled Their Win Total of the Previous Season

The bottom line in sports is winning games and the Packers did a lot of that this year. In 2018, the Packers finished 6-9-1. This season, they more than doubled their win total to 13 games, 14 if you include the playoff victory over the Seattle Seahawks at Lambeau Field.

In fact, with 13 wins, the Packers matched their total for the previous two seasons combined.

2. The Packers Qualified for the Playoffs for the First Time in Three Years

The Packers hadn’t been to the postseason since their loss to the Atlanta Falcons in the 2016 NFC Championship Game.

Aaron Rodgers’ injury in 2017 gave the team an excuse for missing the playoffs but in 2018, the team just looked lost and out of synch for most of the season.

This year, the team pulled together and managed to win 13 regular season games even if it wasn’t always pretty.

The return to the postseason was a welcome change. They took it a step further by earning a bye for the first time since 2014 and winning a playoff game to reach the NFC Championship Game.

3. Matt LaFleur Became the First Rookie Head Coach to Lead the Packers to the Playoffs

The Packers hired a relative unknown in Matt LaFleur. The coach is just a few years older than his quarterback and the media speculated wildly as to whether Rodgers and LaFleur would be able to get along and develop a relationship of mutual respect.

It quickly became evident that the new coach/quarterback combo would be effective despite the obvious adjustment period as Rodgers learned a new offense and figured out a new coach for the first time since 2006.

No rookie head coach in the Packers 101-year history had ever led the Packers to the playoffs and that includes the immortal Vince Lombardi, Curly Lambeau, Mike Holmgren and Mike McCarthy.

LaFleur quickly established himself as a breath of fresh air and had the team ready to work hard and work together to attain their goals.

4. The Packers Swept the NFC North

The Packers went 6-0 in the division this season after going just 1-4-1 a year ago. The team set the tone in the season opener in Chicago on national television and never looked back. Green Bay opened the season by beating their top two opponents in the division. Then they closed the season by defeating each of their three division rivals in succession including two victories on the road.

The Packers outscored their NFC North rivals by a 121-84 margin and managed to sweep the division for the first time since 2011.

Winning games is always sweet but it’s even better when you defeat your biggest rivals. You can’t do better than 6-0. Winning the division matchups was the key to clinching first place in the NFC North and establishing themselves as the team to beat in the division for next season.

LaFleur made a new commitment to the running game that was lacking in the final years under McCarthy and it paid off.

Aaron Jones became the focal point of the offense in many games and finished the season with 1,084 rushing yards and 16 rushing touchdowns to go along with 49 catches for 474 yards and three more touchdowns.

Jamaal Williams provided a steady and reliable backup who blocks well, can run between the tackles and catch passes.

Overall, LaFleur promised to run the ball more effectively and to integrate the running game into the passing game and he was successful.

6. The Packers Got Two Immediate Starters from the 2019 Draft

The Packers got two instant starters from the 2019 Draft. Darnell Savage started from day one at safety and had a solid season, making the All-Rookie Team.

Savage finished the year with 55 total tackles in 14 games and intercepted two passes. He made a few rookie mistakes but proved himself to be a fast learner and an intense and emotional player.

Elgton Jenkins nearly won the starting left guard job in training camp, then took over for good when Lane Taylor was injured in Week 2. Jenkins started every game since then and did not allow a sack for the rest of the season.

Jenkins also earned All-Rookie Team honors and should be a fixture on the offensive line for years to come.

7. The Free Agent Class Was a Big Help

The Packers signed four big free agents over the offseason and all four became full-time starters and had an impact on the team’s success.

Adrian Amos started all sixteen games at safety and was the steady and consistent player the Packers hoped they were when they signed him. He made 81 total tackles and two interceptions including the game clinching interception in the end zone in Week 1 against his former team.

Preston and Za’Darius Smith had the most impact and they combined for 25.5 sacks and provided a lot of pressure on opposing signal callers even when they didn’t wrap up and get the sack.

Billy Turner started at right guard and was a steady performer there after the team had a revolving door at the position a year ago.

As well as these players performed on the field, GM Brian Gutekunst also made sure the new players were leaders who helped transform the atmosphere in the locker room. All four of these free agents helped make the team more cohesive and more enthusiastic as well as better on the field.

The Packers had their shortcomings, but they found different ways to win football games throughout the season.

In Week 1, the defense and special teams were largely responsible for beating the Bears.

The passing attack was hitting on all cylinders against the Oakland Raiders in Week 7 while the running of Aaron Jones was the biggest factor in the victory over Dallas two weeks earlier.

Whether it was a big play by the defense, a late surge by the offense or a game-winning kick, the Packers did what they needed to do to win football games this season and they succeeded 13 times in 16 tries. They may have “won ugly,” but they found ways to win.

9. The Packers Added Important Pieces During the Season

The Packers never stopped looking for ways to improve their roster. Gutekunst added key pieces during the season when he saw his team struggling in specific areas.

Return specialist Tyler Ervin finally solved the Packers problem in that area during the final four games of the regular season and gave the special teams a helpful shot in the arm.

Gutekunst also added swing tackle Jared Valdheer after the team’s poor showing against the 49ers in November and he was able to solidify the offensive line in the season finale and playoff opener when Bryan Bulaga was out due to injury or illness.

These helpful additions contributed to the team’s success.

This team always played to win. Even in the NFC Championship Game, the Packers didn’t give up. They trailed 27-0 at the half but managed to claw their way back to within 14 points before the game finally fell completely out of reach.

The team had a togetherness and determination that seemed to be lacking the previous two seasons and that made them even more fun to watch.

So, while the season ended just short of the ultimate goal, Packers fans have a lot of reasons to be pleased with the team’s performance and proud of their accomplishments in 2019.