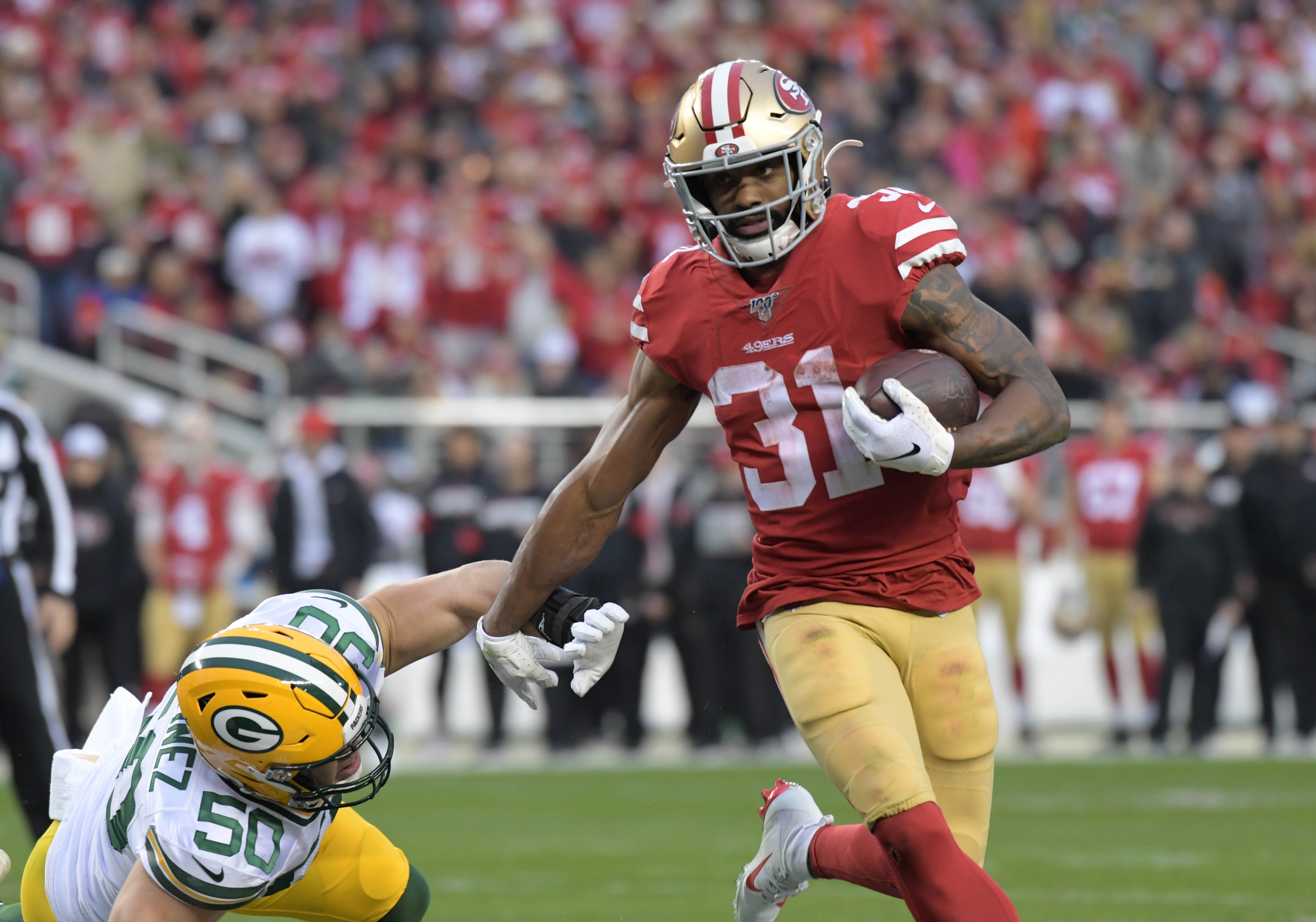 After the conference championships were determined on Sunday, we now know who will be in the Super Bowl on February 2 from Miami. The Kansas City Chiefs will be facing the San Francisco 49ers. In the AFC Championship, the Chiefs defeated the Tennessee Titans 35-24 and in the NFC Championship, the 49ers trounced the Green Bay Packers 37-20. Here are the top five performers from the AFC and NFC Championship.

5) Damien Williams–The Chiefs running back from San Diego might have only had 45 yards rushing, but had a strong day with 89 total yards (44 yards receiving) and one touchdown. Williams’ major score came on a three yard run in the fourth quarter to put Kansas City up 27-17 at the time.

4) Sammy Watkins–After a having a monster performance from their tight end in the AFC Divisional Playoff against the Houston Texans, the Chiefs receivers came up big in the AFC Championship. Watkins led the Chiefs in receptions (seven) and receiving yards (114). Watkins also had the longest catch of the day (60 yards), which put the Chiefs up 34-17.

3) Tyreek Hill–San Francisco’s other wideout also sizzled on Sunday. Hill caught five catches for 67 yards, but two receptions found pay dirt. His first catch came with 46 seconds left in the first quarter to put Kansas City on the scoreboard after they were trailing 10-0. The second catch came with 4:03 left in the first half, which put the Chiefs within a field goal (17-14 Tennessee at the time).

2) Patrick Mahomes–The Chiefs primary offensive star was fantastic on Sunday. Mahomes completed 23 of 35 passes for 294 yards and one touchdown. He also had 53 yards rushing and another touchdown. How Mahomes eluded tacklers to get to the end zone with a 27 yard run could have been considered the best play of the playoffs to date.