A play to end the Celtics' slow starts 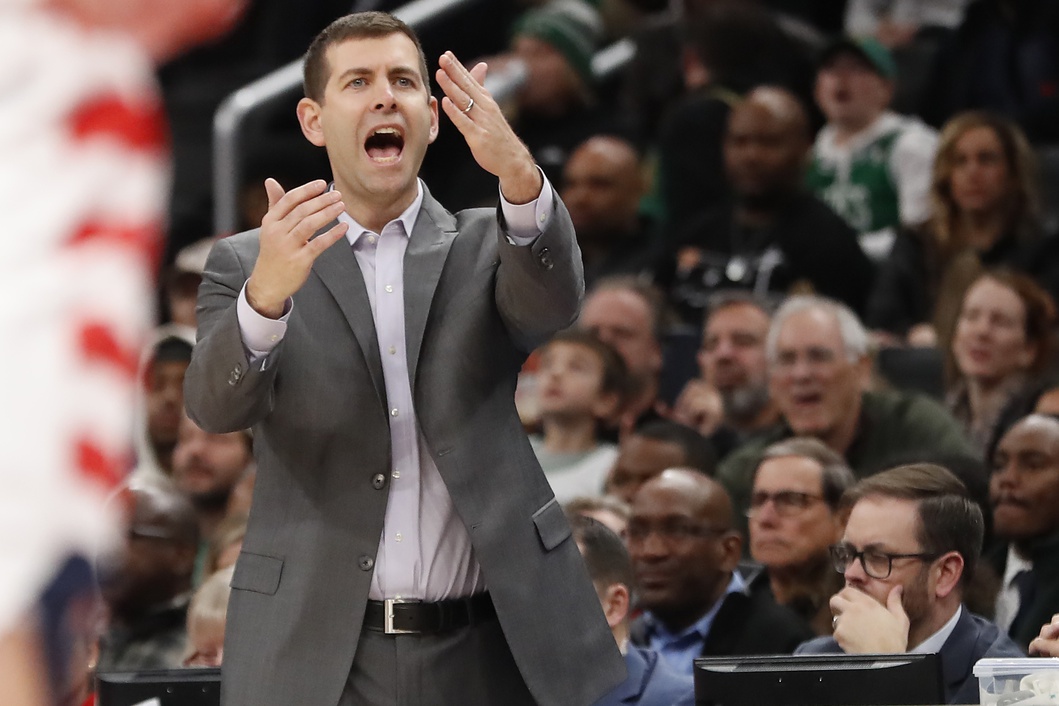 A play to end the Celtics' slow starts

If there is one thing all Celtics fans can agree on, it is that our beloved ballers do not always get off to the hottest of starts. Being down 14 in the first quarter to non-playoff teams can be frustrating, to say the least.

To break these opening slumps, Brad Stevens turns to a particular play. He calls for a double screen along the perimeter. The pick-and-pop-ability of Al Horford is replaced by one screener, typically a wing, flashing out beyond the 3-point line. The other big rolls to the hoop for a possible jam.

After having only scored seven points over six minutes of play, Boston found themselves down nine to Phoenix. Unsurprisingly, Stevens called for this set. Like clockwork, its perfect execution resulted in an open triple for Marcus Smart. Feel free to watch the rest of Smart’s 3-pointers from that game, but focus in on the first one shown in the clip below.

The tape explains this play better than my words do. As you watch the film, pay attention to how Enes Kanter and Jaylen Brown line up. Gordon Hayward has the option to use either of them as screeners. Kanter dives, Brown pops and Hayward pulls up over a taller, sagging player who was switched onto him. Also, notice the time and score of this game when the play is called.

The beauty of this play is its tendency to create a mismatch while essentially playing 3-on-3 basketball. Used in the opening minutes to jolt the offense awake, this play seemingly works best with Hayward running it. His ability to shoot or pass draws in defenders and leaves rollers open, like Daniel Theis below.

Even when help defenders do not take the bait, Hayward can make them pay. The Celtics have a bevy of smart, solid screeners. All it takes is veteran execution from Hayward to get off a clean look from the midrange; a spot he excels at.

The genius of Stevens comes when he implements tiny adjustments to these plays. These next two clips are run in back-to-back possessions and the Bulls had no clue how to react. Again, the Cs found themselves in an early hole and are looking for a way to get some rhythm going.

In the first clip, you will notice that Kanter and Brown are not facing the same way when setting their respective screens. Brad Wanamaker can still use whichever screens he wants but the defense is confused about Brown’s intentions. Will he take a dribble handoff and then use Kanter for a pick? Will he be a decoy as Wanamaker runs a traditional pick and roll with Kanter?

The confusion among Chicago’s defense is cringeworthy. Brown displays his intellect by finding the soft spot in the roll. Wanamaker finds him for the smooth, mid-range jumper.

Sensing he has the Bulls by the horns, Stevens immediately runs this set again. Once more, Kanter and Brown line up like they will set inverted picks. Chicago does not adjust for this dual-screen twist and Brown lets everyone feel the wrath of his improved at-rim finishing.

It would be nice if Stevens ran this play more often. Boston has the skill guys who can either make the right pass to take advantage of switches or simply pull up for the jumper if their man fights over the screen. We need more high percentage plays like the one below, where Theis rolls off the double screen for an alley-oop.