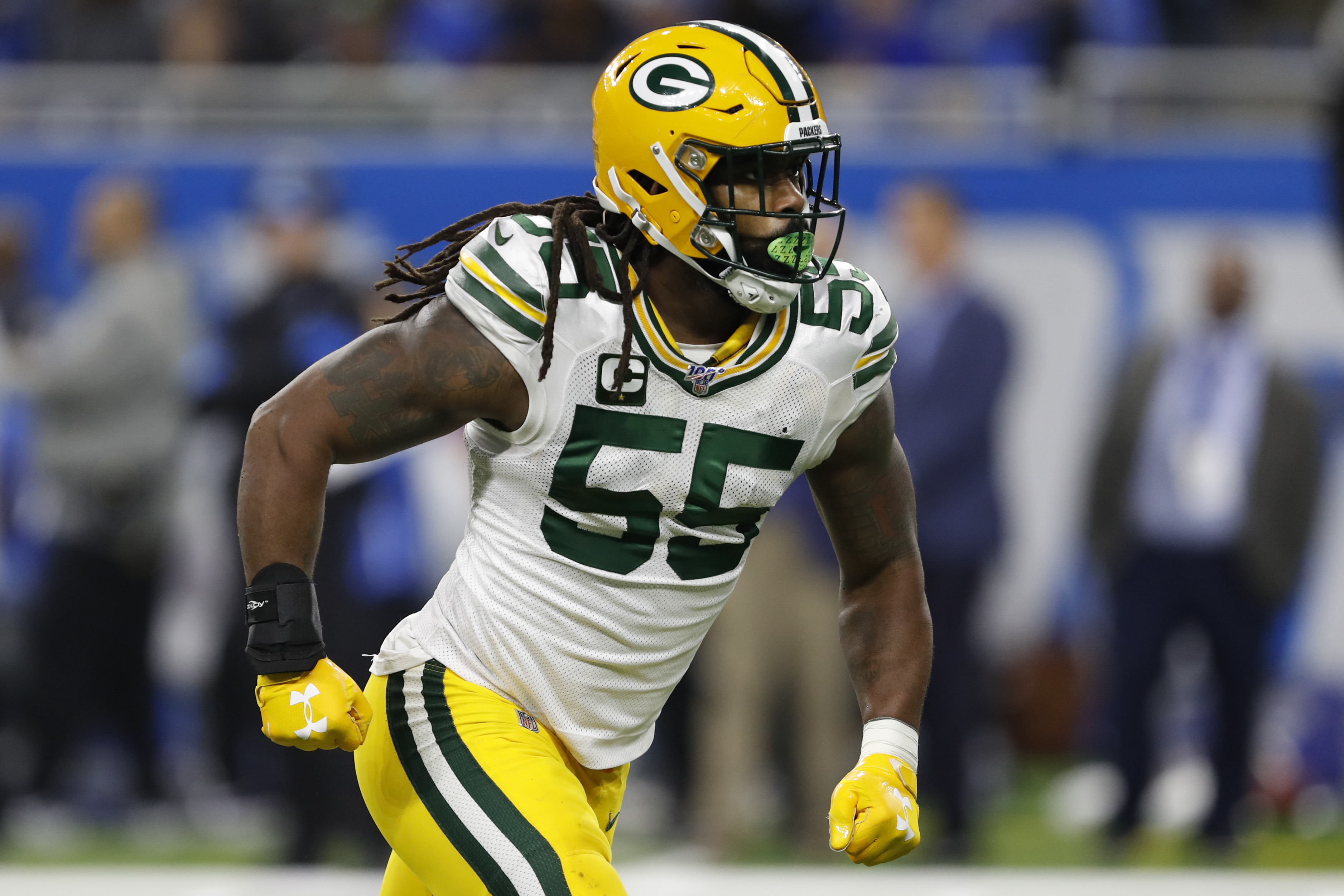 The Green Bay Packers bounced back from the disappointment of the past two seasons and reached the NFC Championship Game after finishing 13-3-0 under rookie head coach Matt LaFleur.

Here is a look at the Packers superlatives for 2019, both good and bad. These are my very unofficial awards for the 2019 Green Bay Packers along with why each player deserved to win. Feel free to comment and nominate your own winners.

Jones was dangerous in the red zone and a threat to score any time he touched the ball. He stayed healthy throughout the season and has improved his blocking and receiving each year since entering the league.

Jones was so good that the offense can now put up points even when Aaron Rodgers is not at his best.

Za’Darius edged out fellow Smith brother, Preston for this award. Za’Darius made 55 total tackles and led the team with 13.5 sacks. He added two more sacks in the playoffs.

He put constant pressure on opposing quarterbacks. According to Pro Football Reference, Za’Darius had 50 quarterback pressures, 13 hurries and 22 knockdowns this season.

Za’Darius also helped make the Packers locker room a more cohesive and fun place to be. This free agent was a very valuable addition to the Packers in 2019 and won defensive MVP.

This was close, but Crosby got the award over punter JK Scott because of his overall consistency.

The Packers veteran kicker fended off a training camp challenge from Sam Ficken and then tied a franchise record for accuracy by hitting 22-of-24 field goals, tying the mark set by Jan Stenerud back in 1981. Crosby also hit 40-of-41 extra points, finishing the season with 106 points.

Crosby is the Pack’s all-time leading scorer and he came through when needed this season including two game-winning field goals against the Lions, both of which came on the game’s final play.

Crosby accomplished this despite dealing with family tragedies off the field during the season.

JK Scott had a midseason slump that prevented him from winning this award while Tyler Ervin was only on the team for the final four games.

The Packers signed Lazard late last season off the Jaguars practice squad and invited him back to training camp this summer. Lazard had a strong preseason and was able to make the team.

Lazard barely saw the field until the Week 6 win over the Lions when he stepped up in the fourth quarter and helped the offense stage its comeback.

The Iowa State alum quickly earned the trust of his quarterback and Rodgers knew Lazard would be in the right place when he threw him the ball.

Lazard finished the season with 35 catches and was second on the team with 477 receiving yards. The 6’5”, 227-pound receiver also scored three touchdowns.

Lazard is a hard-working receiver who should continue to improve as he enters his third season.

Second-round pick Elgton Jenkins nearly won the starting left guard job in training camp and took over the position after Lane Taylor was lost for the season with an injury in Week 2.

Jenkins didn’t miss an offensive snap after that, and he played a solid game at left guard all year. The Mississippi State product did not allow a sack all season and was a good run blocker as well.

Jenkins is a versatile player who played center, guard and tackle during his college career. It looks like the Packers have found a player who can start on the offensive line for years to come and he should only get better with experience.

Williams played in 14 games for the Packers and gained 460 yards rushing in 107 carries for a 4.3-yard average. He spelled Jones and his ability to contribute while Jones is out for a series or a play helped keep the starting running back healthy for all 16 games.

Williams remains the Packers best pass blocking running back and a reliable receiver out of the backfield. Williams finished third on the team with 39 catches for 253 yards and he tied for the team lead with five touchdown passes.

His incredible catch in the end zone against the Chiefs remains a season highlight and was turned into a television commercial.

Williams also keeps the team loose with his dancing on the sidelines during warmups. He rarely makes headlines but always contributes to his team’s success.

Valdes-Scantling has outstanding speed but hasn’t proven to Rodgers that he will consistently be where his quarterback expects him to be.

The talent is there, and Valdes-Scantling may yet have a bright future in Green Bay, but he became a non-factor late in the season after getting off to a very good start in the first four games.

The Packers went into Minnesota on Monday Night Football and shut down the Vikings offense to clinch the NFC North title on national television.

Za’Darius Smith was dominant on defense while Aaron Jones had a superb game running the football on offense.

After a sloppy start, the Packers had complete control of the game and made Kirk Cousins look like a third string signal caller rather than a potential Pro Bowler.

The Packers were completely outplayed by the 49ers in a game flexed onto Sunday Night Football. Rodgers never had time to throw and the offense couldn’t sustain drives until the game was well out of reach.

Davante Adams had seven catches but gained only 43 yards as the San Francisco defense shut down the Packers passing attack.

Meanwhile, the 49ers moved the ball at will both on the ground and through the air. This was the game the 49ers proved they were a force to be reckoned with and that the Packers would have trouble beating them if the two teams met again in the postseason.

Non-Feud of the Year: Aaron Rodgers vs Matt LaFleur

All the experts were watching to see if Rodgers and LaFleur would work well together or if the apparent tension that existed between Rodgers and McCarthy last year would be an issue again with the new coach.

Members of the media watched body language, read lips and read between the lines at press conferences.

At the end of the day, this feud never really happened, and coach and quarterback developed a solid working relationship that resulted in a 13-3 record and playoff win.