Three takeaways from the Islanders 4-2 win over the Rangers 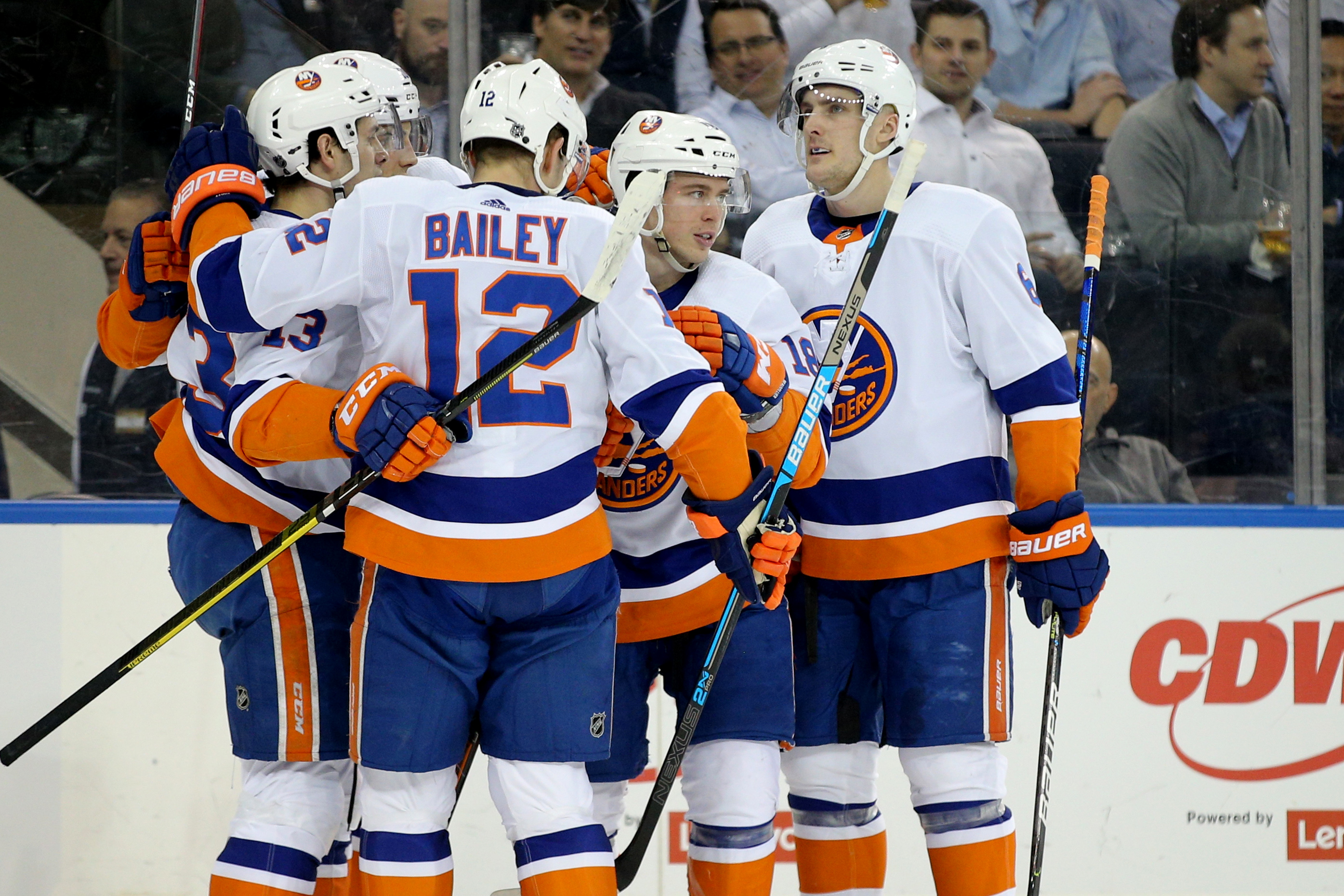 Three takeaways from the Islanders 4-2 win over the Rangers

NEW YORK — It took the Islanders three tries, but they finally defeated the New York Rangers, 4-2.

Josh Bailey, Anthony Beauvillier, Anders Lee and Brock Nelson scored for the Islanders, while Thomas Greiss made 16 saves in the win. Alexander Georgiev made 41 saves for the Rangers.

Below are three takeaways from the game:

The islanders hung on in the end

Things certainly got dicey late in the third period after the Rangers scored twice on a four-minute power play. However, unlike Saturday’s game against Washington, the Islanders managed to hang on in the end.

The Islanders may have given up two power-play goals on spearing penalty to Scott Mayfield, but they made up for it by killing off what could have been a disastrous delay of game penalty at 16:34 of the third.

“That was a little bit funky, but we played a good game,” Anders Lee said. “We needed this win before the break. We went out and got it. We had a great start. Controlled a lot of the play, they had some times where they had a good push. … Obviously, in the end, we were in the box  a little bit, but we pulled it out and that’s what we needed.”

Tuesday wrapped up a stretch where the Islanders played seven games in 11 days and went 2-3-2 in that span, which included two previous losses to the Rangers. It also included a game in which the Islanders blew a three-goal lead in the third to the Caps.

The Islanders had a similar lead heading into the final period at Madison Square Garden.

“If we would have lost that game in any way, shape or form I think it would have been a big punch to the stomach,” Islanders coach Barry Trotz said. “We didn’t and we can have a good break now and well deserved rest.”

Whether it was getting some good bounces or just the break of not having to face Artemi Panarin again for the third time, the Islanders had things go their way on Tuesday.

Panarin missed the game against the Isles with an injury after missing practice the day before. He had six points (two goals, four assists) against the Islanders in their two previous meetings.

Then it was the Islanders getting four goals on 18 shots. The suburban Long Island team Scored twice on eight shots in the first and two more times on 10 shots through the final 40 minutes.

“It was a big game for us. You chalk up the way the last couple went, before the break you always want to go out on a high note." – Josh Bailey pic.twitter.com/Do0ItObMVo

“That’s part of hockey sometimes,” said Josh Bailey, who finished the night with three points (one goal, two assists). “At times it might go for you, at times they go against you. You kind of take it as it comes and you always welcome when they’re good one for you.”

Bailey’s first-period goal was an example of one of those bounces. After the Islanders win the draw in the offensive zone, Bailey was able to get his stick on a shot from Noah Dobson as he was skating by the front of the net.

With 40 saves under his belt on Tuesday night, Thomas Greiss came away with a pretty solid effort for the blue and orange. Greiss had a good performance in Carolina on Sunday as well and the Isles’ netminder read the puck well through the 60-minute affair.

He also helped bail the Islanders out a bit when they took the delay of game penalty in the third.

“Thomas was great tonight. Really big,” Lee said. “When they did have those pushes he had those big saves. Some extended zone time he was right on top of them. He made the game for us tonight.”