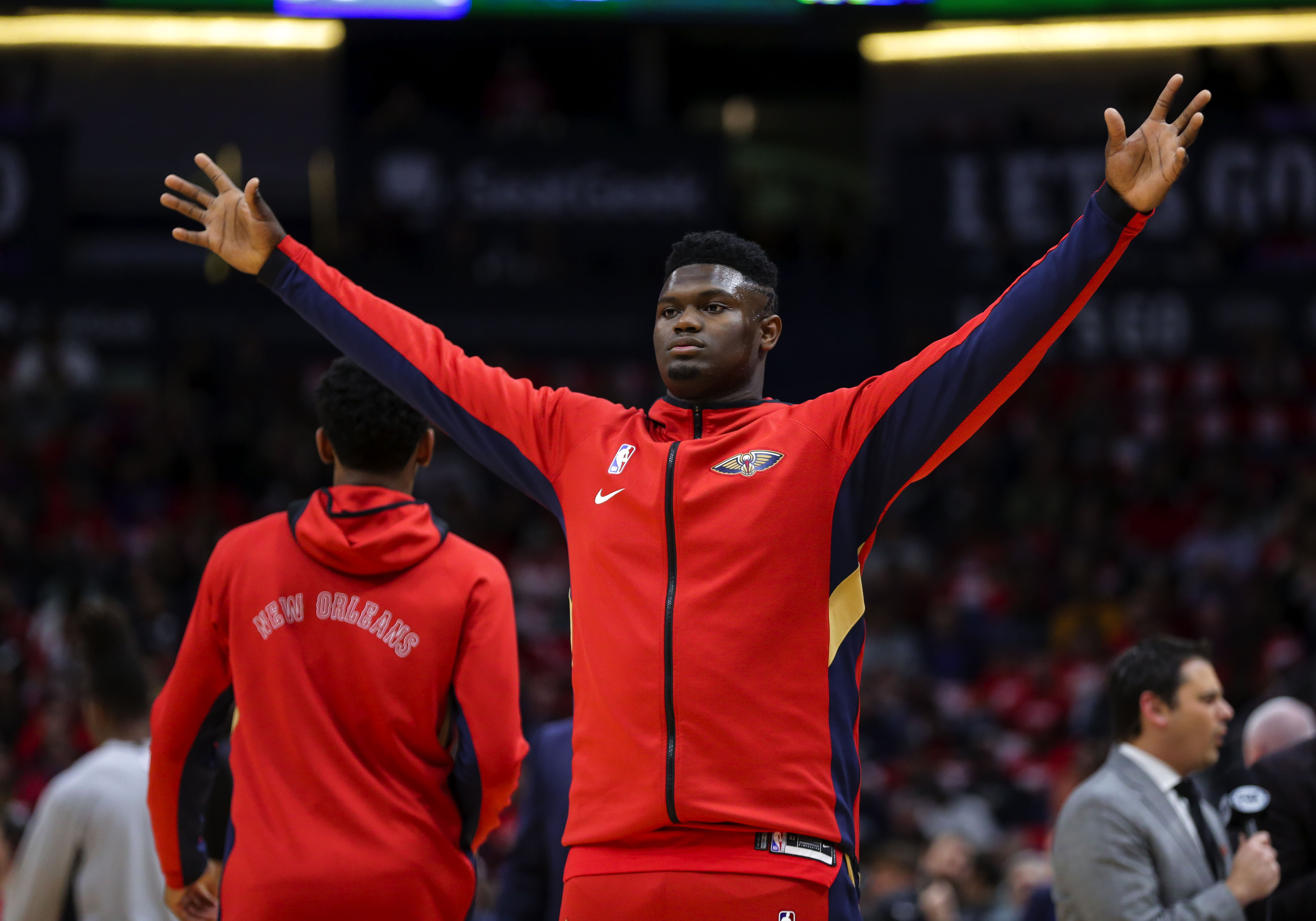 NBA rookie sensation Zion Williamson finally made his triumphant regular-season debut on Wednesday night, and it was quite the affair.

Williamson was showered with praise by Pelicans fans before the game against the Spurs even tipped off. Check out this ovation during pregame introductions.

Zion gets a thunderous ovation from Pelicans fans (via @BenGolliver) pic.twitter.com/Qgotv03iOx

Williamson was fairly quiet in the first three quarters of the game, scoring just five points.

And then he went off.

Zion scored 17 (!) consecutive points in just under three minutes of game time in the fourth quarter, going 4-for-4 on three-pointers during that stretch. Fans even broke out MVP chants at one point.

Drew Brees is 41, and the New Orleans sports scene needs a new *face* to rally behind. They'll soon have one. pic.twitter.com/lGicpOaGbX

MVP chants in his first-ever NBA game — not too shabby for the rook.