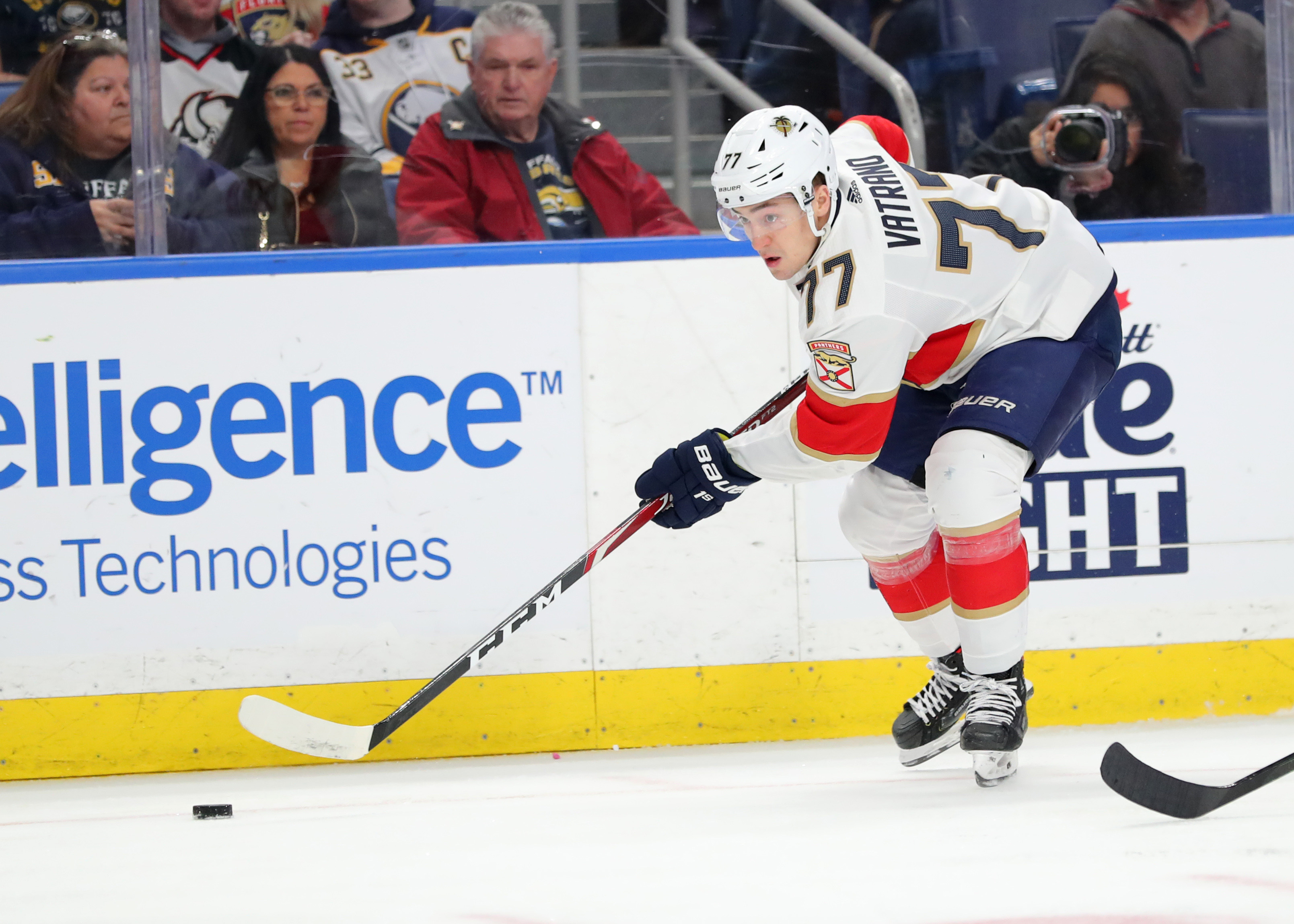 Frank Vatrano of East Longmeadow, MA is entering the National Hockey League all-star on an offensive surge. On Tuesday, Vatrano recorded his second NHL hat trick of his career in a 4-3 Florida Panthers win over the Chicago Blackhawks at the United Center in Chicago, IL.

The Panthers were also victorious in all five games Vatrano has registered a point. In fact, Florida currently has a six game winning streak as they also beat the Vancouver Canucks 5-2 on January 9.

In the Panthers win over the Blackhawks, Vatrano displayed accurate shooting. He scored on all three of his shots, was a +2, with one power play point, the game winning goal, one blocked shot, one hit and one faceoff win.

This was Vatrano’s first hat trick with the Panthers. His first NHL career hat trick was with the Boston Bruins on December 18, 2015 in a 6-2 Bruins win over the Pittsburgh Penguins.

The Panthers are currently in third place in the Atlantic Division. They have a record of 28 wins, 16 regulation losses and five losses in extra time for 61 points.