Your Morning Dump... Where Kemba's an All-Star starter 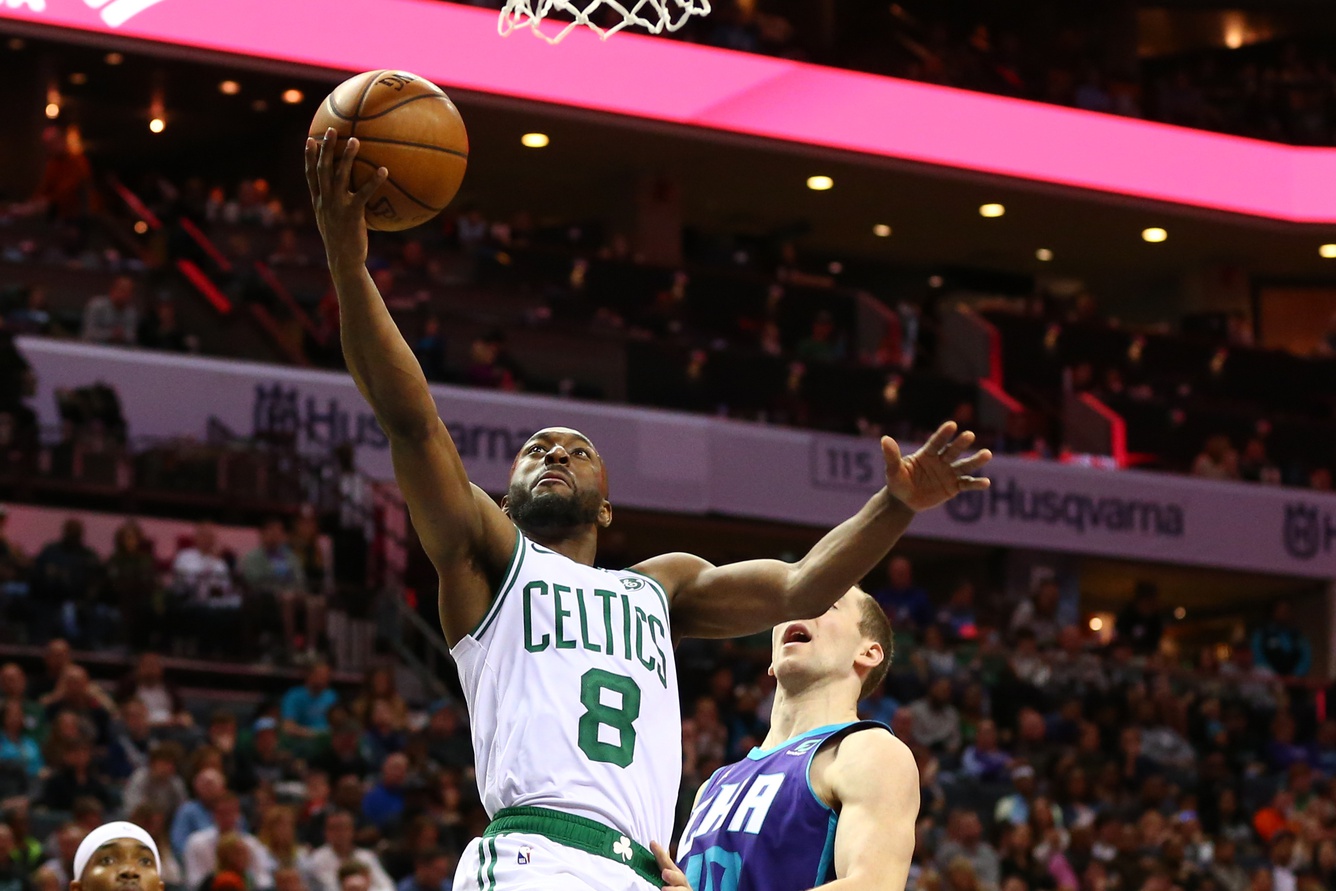 Your Morning Dump... Where Kemba's an All-Star starter

Walker is averaging 21.7 points per game, currently the lowest average of his four All-Star seasons, but is easily his most efficient season. He’s hitting a career-best 50.2 percent of his 2-point shots and 39 percent of his 3-pointers, which is the second-highest mark of his career. Throw in a nearly career-high 86.3 percent shooting from the free throw line, and Walker is racking up a career-high True Shooting Percentage of .589.

The full All-Star starting pool is:

As before, in a bid to make the contest slightly more entertaining, the teams will be picked by the two highest vote getters, LeBron and Giannis.

The coach of team “Giannis” is up in the air at the moment. It could very well end up being Brad Stevens, as there are five teams in the Eastern conference with between 29 and 31 wins (Mike Budenholzer is ineligible to coach this year as he coached last year). Team “LeBron” will be coached by Frank Vogel.

Honestly, coaching the ASG seems to be almost more trouble than it’s worth. About the only thing the ASG coach does is sub players in and out of the game. There’s no practice to speak of and hardly any strategy.

Taking a page from the NHL All-Star game, I think the NBA should go with a mini-tournament of three-on-three play with no coaches and no substitutions. Games would be 10 minutes long with ties broken by playing knockout. Keeping the current total of 24 players, that divides out into 8 teams, which frames perfectly into a three round tournament that would be roughly the same length as the current ASG.

Fan vote would select the 8 ‘captains’, who would fill out their teams by picking from a pool selected by coaches and media.

I like this idea. Odds are you like it too. But I expect this notion to get about as much traction as it would get if I submitted it on the NBA.com website feedback form.

Page 2: Where Jayson Tatum might be turning into the primary scoring option

During Tatum’s rookie year, he hit a lot of spot-up 3-pointers — an encouraging sign, but a relatively simple shot. Last year, he tried to do a little too much a little too often and struggled as a result.

This year, Tatum seems to be finding an excellent balance. He’s the team’s primary scoring option on many nights, but he doesn’t appear to feel the need to do everything himself. He can make the tough shots, but he’s taking efficient ones and he’s getting some easy ones as well.

On Wednesday, before he went out with a mild groin strain in a 30-point blowout, Tatum poured in 23 points. With Jaylen Brown out and Kemba Walker struggling, Tatum assumed the primary scoring role in a way that felt natural. That’s a crucial development for the Celtics.

One of the things that I like about the Jays is just how versatile they are. They are positively Protean in what they can do on the court and both of them are rapidly developing the ability to give the game what it needs. True, over the past few weeks, they’ve displayed a tendency to regress to the uncreative sort of play that is easily stifled by competent defenses, but the last two games have been a reminder of just what Jayson is capable of when he finds the right balance between creating and letting the game come to him.

As he matures as a player, I think those relapses into unproductive isolation basketball will become rarer and rarer. Jayson Tatum is not dissimilar to Paul Pierce, but Tatum is benefiting by playing both for a better coach than Pierce did in his early years and with a better team than Pierce.

From time to time, I like to dig up this quote from the in-house writeup of the Tatum pick:

Back inside the core of TD Garden, Stevens rose from his seat and slowly walked toward the TV as ESPN began displaying Tatum’s college highlights, all of which the coach had surely seen countless times before. Stevens eventually stopped less than four feet from the enormous screen – close enough so that one could watch the reflection of Tatum’s reel in the whites of his eyes – and smiled in admiration at his newest pupil.

For several moments, Stevens did not say a word. He had completely cut himself off from the buzzing conversations that were taking place behind him as he stood grinning with his lips slightly ajar, occasionally nodding with approval.

Finally, Stevens blinked out of his trance as the reel faded out.

Finally: Catching up with Jae Crowder

When asked what stands out about his time in Boston, Crowder provides a brief yet definitive response.

“Pretty much that we was just underdogs and we was kicking people’s ass,” he said. “Point blank, period.”

He said he learned during his time here that having a positive locker room environment goes a long way in producing an effective on-court product. Crowder said he was fortunate enough to have such a positive experience in Boston, and he’s getting similar vibes with the Grizzlies now.

“I’ll never forget it, and I take that everywhere I go,” he said. “I try to have that identity with me and bring that on any team.”

He also discussed his versatility with the Celtics, noting that he was looking to imitate Draymond Green at the time. Now, Crowder said, the league has evolved, and he still views himself as the position-less player he always has been.

Crowder said the Celtics currently have a lot of players that pride themselves on thriving in a variety of situations like he does. Stevens credited Crowder for being one of the first guys he coached in the NBA who could play a number of different positions and be comfortable in many roles.

On a Zach Lowe podcast—I have no idea which one, it was several years ago and I listened to it while riding through western SD with my brother. Anyway, either Zach or his guest made a great point, “building an NBA team isn’t algebra, it’s chemistry.”

The interview with Crowder in the article linked is a reminder that last year was really an anomaly. It’s not difficult to imagine Crowder fitting into the rotation on this team; his style of play is really well-suited to the rest of the roster, and it’s likely that Stevens would not be as effective a coach of Tatum and Brown if he hadn’t spent a few years developing Crowder into a versatile offensive and defensive threat.

NBC Sports Forsberg: Will Kemba have C’s company at All-Star weekend? | Blakely: What’s gotten into the Celtics? There’s only one answer | Forsberg: This is no passing fancy with Smart