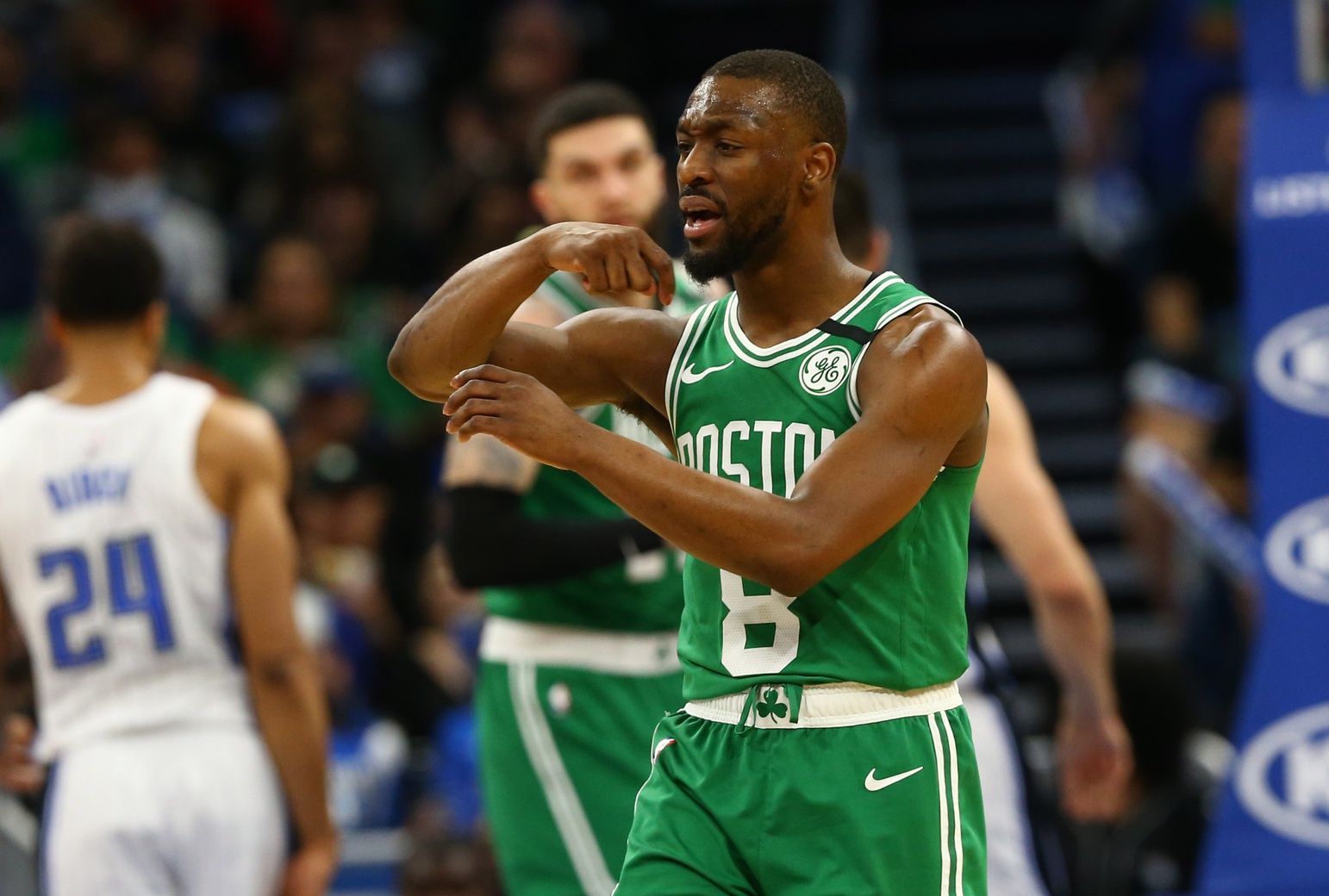 The Celtics had more than a few reasons why they could’ve lost last night: No Jaylen Brown and Jayson Tatum. A tough fallow period in the first half. Limited options at the 5 against an opponent with a plurality of centers.

But they didn’t. This is why:

Defense drove the comeback
Boston could’ve easily stayed behind when they started missing a ton of shots late in the first quarter and through much of the second. Orlando’s primary scorers, Evan Fournier and Nikola Vucevic, feasted on this misfortune. And yet:

The Boston Celtics won a road game last night after coming back from being down by 16 points early in a game without 2 20 PPG scoring wings & their most effective bench rebounder & scorer to win by double digits for their 3rd straight win. This team has stayed together & won…

The defense got back on track as the second quarter began to wane, in part by accepting that Vucevic was probably going to get his double-double regardless of the game’s outcome. (There’s a reason why he’s been viewed as one of the league’s preeminent empty-stats guys for much of his career.) Instead, from then on, Celtics defenders focused on turning their attention to throttling the games of Aaron Gordon and Terrence Ross, who were ultimately more liable to be difference-makers than the team’s default scorers and as a result had mediocre (36%) and atrocious (21%) shooting. There was some slippage in the fourth when they let Fournier get hot again, but it didn’t amount to much, and everyone who took the floor—even Vincent Poirier in limited minutes—contributed to hamstringing the Magic attack.

Kemba f***ing Walker
The momentum wouldn’t have shifted at all if not for Kemba’s relentless buckets. He didn’t appear rattled by the deficit made shots when no one else could—as Paul Pierce would say, that’s why they brought him here. His three consecutive triples after the 5:00 mark of Q2 were the lift Boston needed to start chipping away at the Orlando lead. He would ultimately score 19 of his 27 for the half (37 for the game) in that quarter.

He literally never starts moving and he is agile

The importance of well-rounded performances
I’m generally of a mind that unless a player is truly elite at one aspect of the game above all others, their stat line shouldn’t have a huge figure in one column and little to nothing in the others. With the Celtics, you don’t have to worry much about seeing those kind of myopic performances. Kemba is primarily scoring and passing, but he’s also defending regularly and persistently, often racking up notable numbers of steals and blocks (4 of the former, 1 of the latter in this game).

Conversely, it’s not a problem when Marcus Smart scores in the single digits when he’s stealing, blocking, pressuring, playmaking, deflecting and combat-muscling; ergo his 7-7-6-1-1 line from last night is a net positive. And when you get something like Gordon Hayward’s 22-14-5-1, which is akin to the Utah numbers Celtics fans have all been waiting for from Gordo, that’s even better.

To close this out, I wanted to highlight two players with modest-on-paper but effectively diverse contributions.

Javonte shined—and not just as a dunker
Naturally, the immediate takeaway when you think about what Javonte Green did in last night’s matchup is as follows:

But—credit to Adam Himmelsbach at the Globe for reporting this—Green had been preparing studiously for this game.

He knew he might receive far more minutes than usual, and when he was on the floor he’d likely guard Ross, who’s historically roasted the Celtics and has been on a scoring tear the past few weeks. So Green watched a ton of film in advance, was ready to lock Ross down and absolutely did, limiting the Orlando sixth man to 8 points on 3-for-14 shooting. To tie it back to well-roundedness, while Javonte only had 7 points, he also threw in 6 rebounds—pivotal against a big team like the Magic—3 steals and a dime. By no means earth-shaking, but undeniably impactful.

The GRANT we’ve been waiting for
Grant Williams was initially high on a fair number of draft boards, and fell to no. 22 for somewhat understandable reasons (size, outside scoring potential). The fact that he didn’t immediately live up to the hype generated by his Summer League games drove some people nuts, as did his gruesomely long streak of missed wide-open triples. Other Cs fans preached patience and noted his clear basketball IQ on the defensive end.

Last night was some of Williams’s best work this season and a showcase of what his potential really might be. He reliably made three of the four triples he took, blocked Khem Birch ferociously at the rim (who, for the record, is Fairly Taller than Grant) and contributed across the board, hence his line of 9-4-3-1-2. It’s nice to see.