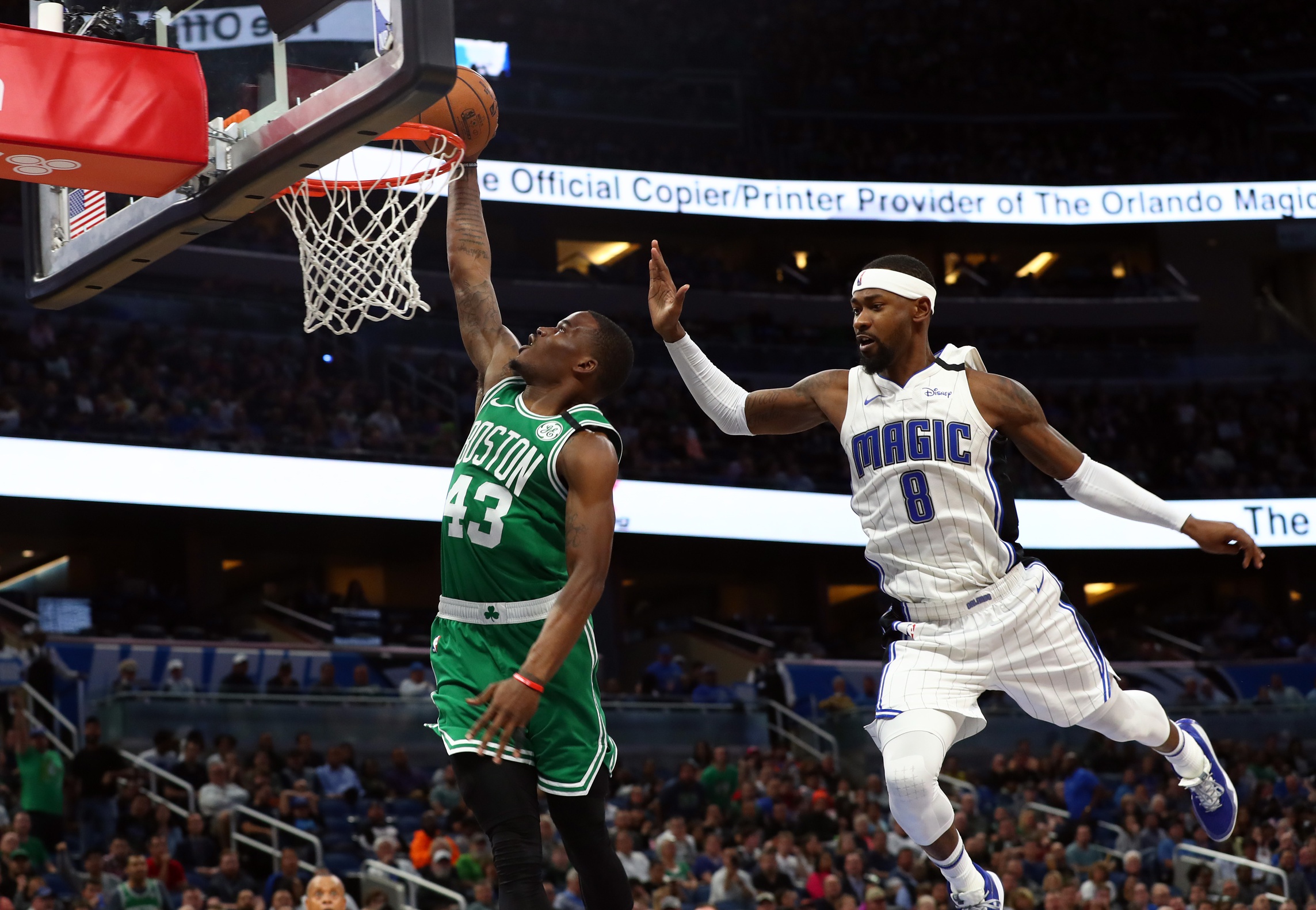 As the Celtics visited the Orlando Magic on Friday night, they had a Jay problem. Both Jayson Tatum (groin) and Jaylen Brown (ankle) were on the shelf and their depth at the wing was lacking a bit. Enter Javonte Green, a man who hasn’t gotten much run, but always brings it on the defensive end

“Javonte came in and his defense was incredible on Terrence (Ross),” Kemba Walker said. “Terrence is one of the best scorers we have in our league off the bench and the way he contested those shots, he just did a great job on him.”

Green is one of the team’s biggest talkers, but afterwards he wasn’t one to revel in the moment.

Ross shot 3-for-14 in the game, finishing with 8 points. He only hit one shot in the fourth. He missed all of his third quarter shots. Green was a perfect 3-for-3 in the second half, two of them were loud breakaway dunks.

He’s so athletic and has used that athleticism to his advantage by jumping passing lanes, blocking shots, and rocking the rim. Green finished the game with 7 points, 6 rebounds, and 3 steals in what was one of his best efforts of the year. His style of play is balls to the wall and it’s a luxury for the Celtics to have him at the end of the bench. We’ve seen firsthand what the injury bug can do and Green’s contributions were huge last night in a big road win.

He was also able to turn his defense into offense in the third as he showed off some pyrotechnics with these two highlight jams:

He truly has some XtremeBounce and some of these plays he’s able to make are quite remarkable. The first dunk where he double clutched was something you don’t see everyday and it got the rest of Celtics going.

“Oh you know I feed off of it when I see a nice dunk because I can’t, so it’s nice,” Walker said. “It’s nice when you see those guys come in and bring energy. And tonight, the way they did it, it was perfect timing. Javonte’s dunk was perfect timing. We never looked back from there. We just kept pushing.”

Another man who deserves some kudos for Green’s performance is Brad Stevens. He game-planned to have Green on Ross and everything went to plan. Lastly, he gave Green some love in the locker room after the victory.

“When you talk to a guy before the game and it translates to the game, there’s nothing better,” Walker said. “There’s no better feeling, probably for a coach as well.”

Said Stevens, “he’s the one we singled out in the locker room, because that’s what good teams do. They have guys that take those little things about the game and try to help you win.

Once again, another instance of Stevens being able to do more with less. It seems like whenever we have a game like this where there are multiple rotation players out, Brad shines. He knows how to get the most out of his bench no matter what role they’re in that night.

As for Green, he’s just going to have to keep grinding and will have to be ready whenever his number is called. All in all, it was a gritty victory from this team and hopefully something to build on as they visit Zion Williamson and the New Orleans Pelicans tomorrow night.

Boston Sports Journal: How Javonte Green keyed a defensive turnaround against the Magic