Tyron Woodley Is Not Impressed by the Kamaru Usman Vs. Colby Covington Fight 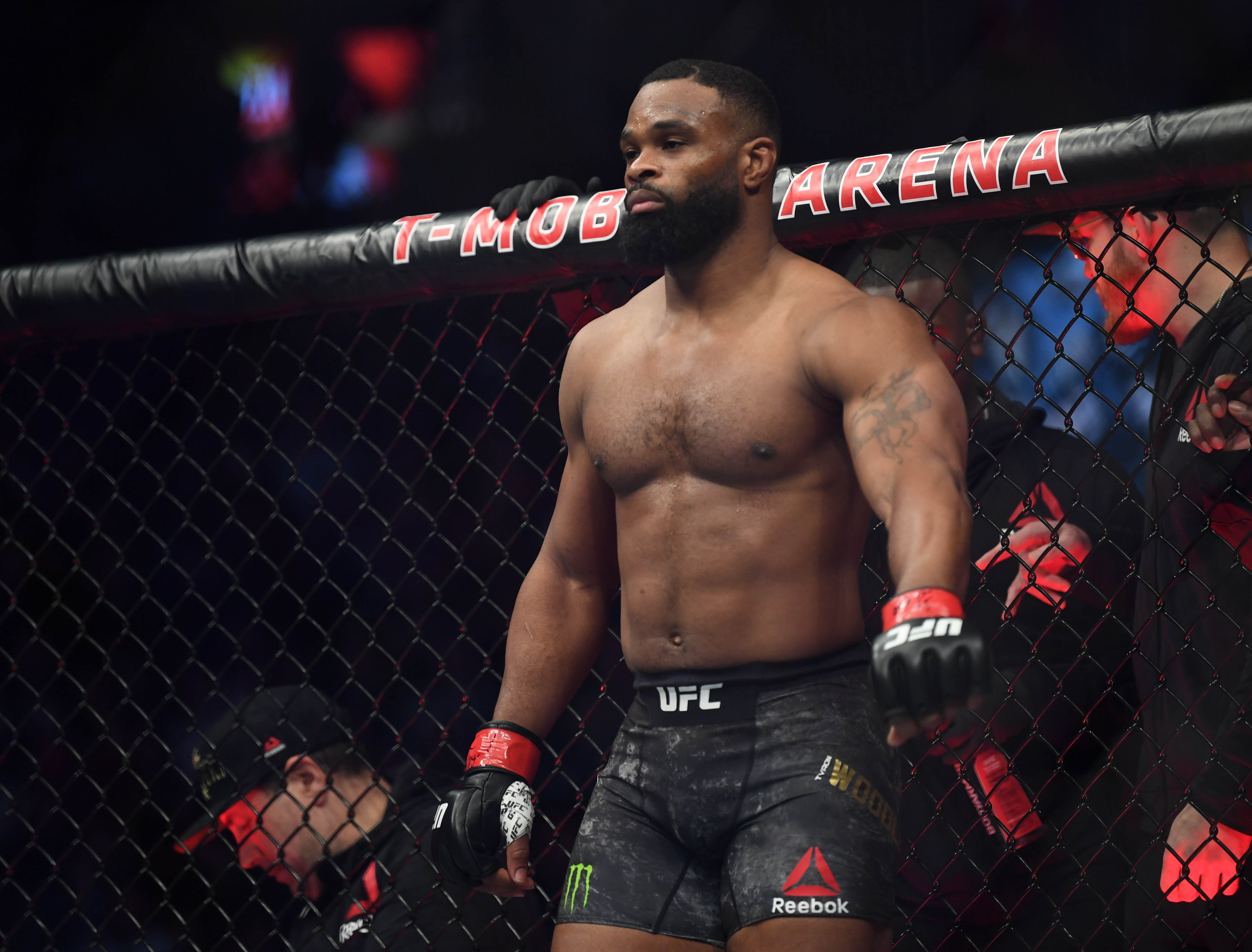 Tyron Woodley Is Not Impressed by the Kamaru Usman Vs. Colby Covington Fight

Tyron Woodley recently expressed his opinion about the Kamaru Usman Vs. Colby Covington fight and revealed that he is unimpressed by the fight. He is of the opinion that he was expecting more from the fight and according to him the fight didn’t have great charm despite its great popularity. Well, there is no doubt that fans are extremely happy for the recent fight amongst the best fighters, however, Woodley still finds it less interesting and said, “I wasn’t impressed.”

Here, let me give you a brief overview of the performance of Tyron Woodley in the year 2019 before we move on to the detailed discussion about his recent statement over Kamaru Usman Vs. Colby Covington fight. It is pretty clear that Woodley had a bad year due to his number of lost fights especially at UFC 235 when he delivered the worst performance of his life. Soon after that, his hand was injured by Robbie Lawler in a very important fight. Since then, he hasn’t worn a fighting gear and is resting. As he is recovering from the injury, he has not appeared in any fight as of yet. However, he has made a comeback in the news by giving the statement, “I wasn’t impressed,” that has gained more popularity than his fights in the entire year.

What Tyron Woodley Thinks About the Fight?

According to the Tyron Woodley, the fight ended with a little margin and both the fighters were almost equal just before the Kamaru Usman broke the jaw of Colby Covington in the middle of the fight. He thought that such a fight made him feel disgusted. He said, “When I’m looking at how many punches those guys took, I was impressed by their durability, I was impressed by the fact that the kept doing it over and over again- it was kind of a teeter-tottering thing – but as far as I.Q., move your head maybe?”

He further added to his statement that if he was there in the fight and had punched Colby, he would be on the verge of his survival for life. Now, it is unimaginable how he can bet to hit an opponent to death even though his opponent definitely owns a proper fighting gear during a fight. Hell, yes, he is as strong and definitely, he missed that power in the recent fight that made him unimpressed. Well, that’s an opinion of a great fighter and he is at liberty to have his own opinion depending on his own capacity and a huge history of victories in the ring. Clearly, Woodley criticizes beyond the concept of a common fight that does not excite him much and therefore he has given a statement that he was totally unimpressed by this fight.

What Made Tyron Woodley Unimpressed?

Such a sarcastic comment over the fight has made it clear that Woodley is totally unimpressed by this fight because he was actually willing to see a lot coming from both the famous fighters. However, the performance of the fighters disappointed him and he couldn’t control to say that he was not impressed by the Kamaru Usman Vs. Colby Covington fight.

Well, Woodley’s statement that he is not impressed by the fight is not the only thing he said. He further has more objections and criticism to do over the famous fight between the two great fighters Kamaru Usman and Colby Covington. As the fans are overwhelmed about the fact that Covington still kept fighting even after his jaw got broken, Woodley is unhappy at such support for Covington from the fans. Woodley added to his conversation, “I just don’t like it when people try to give unnecessary savage moments, ‘Oh he broke his jaw in the second round and kept fighting!’ Yeah, but you lost.”

Well, he has a strong reason to say this all. He has been a champion and has won many titles and he can say such big things. He clarifies that there is no need to support him, even if he fought after the jaw-breaking, it’s of no use because he still lost. He further said that he also had injuries but he still fought back and won. He supported his argument by saying, “That’s the difference. I never got the savage moments, ‘Oh, Tyron’s so tough because he continued, and won!’ I don’t want to give them no love, I don’t want to give them no clout.”

Tyron Woodley has openly criticized one of the most famous fights of the year between Kamaru Usman and Colby Covington. Well, here I have to say that everyone has his/her own perception and being one of the top fighters, he holds a position for giving such statements. However, it cannot be said that he is totally wrong, as he has justified his statement with facts that are reflected through his own actions in the ring. He has issues with the less powerful performance of the fighters. Well, that is true because his fights proved to be more powerful than this recent one. Also, he has an objection to supporting Covington for his performance even after the jaw-breaking but he clearly stated that Covington still loses the fight so such an appreciation is of no use. I would say that he has his viewpoint whereas fans have their own. However, the reality is that fans are satisfied and happy with the fight and the fighters.