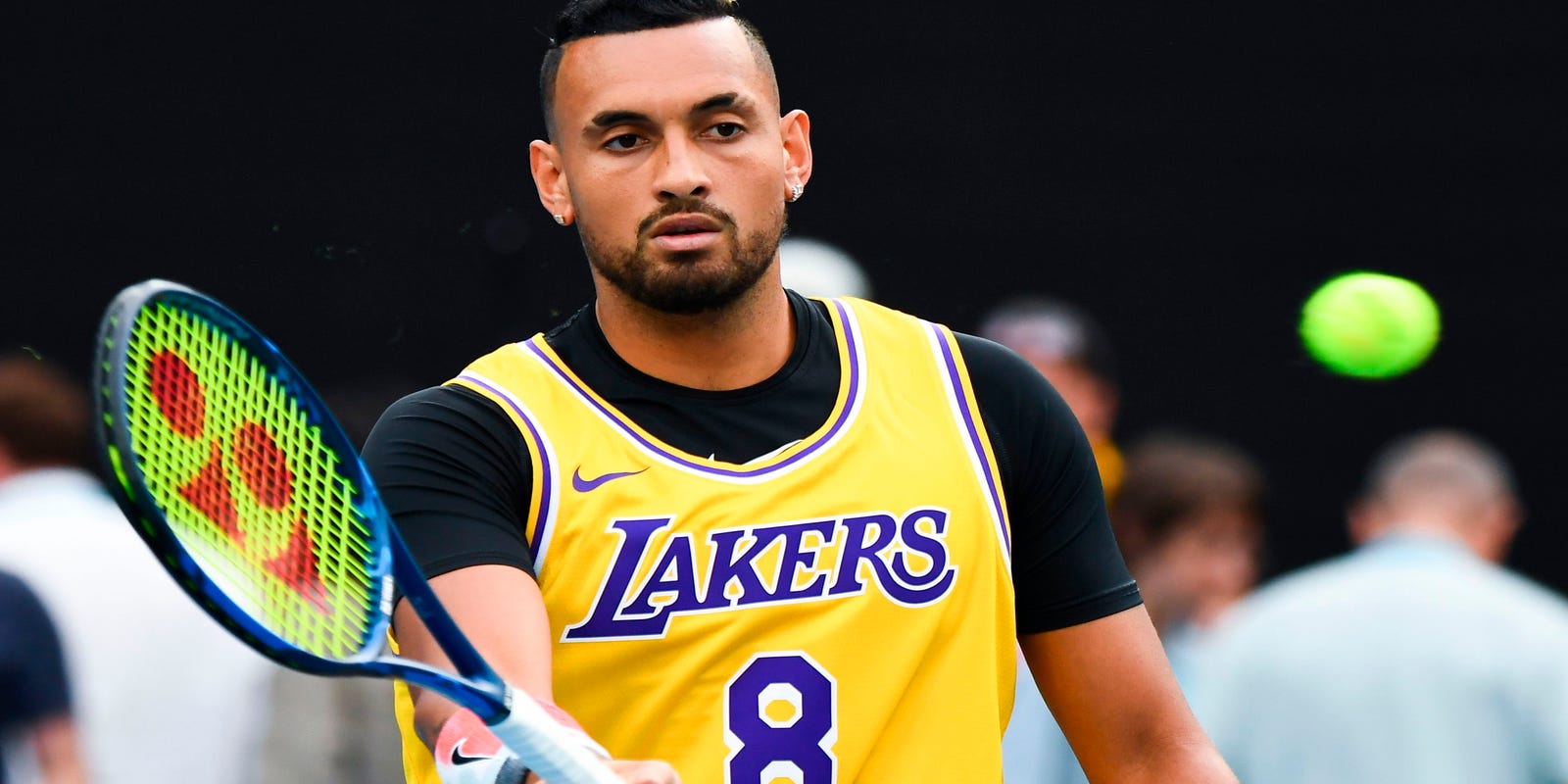 Nick Kyrgios loves basketball. In fact during a tennis match once at the Rogers Cup in Canada once, he even asked Arash Madani of Rogers Sportsnet why he chose tennis over basketball when basketball was his first love. In fact, Kyrgios played competitive basketball in Australia until he was 14 years old.

On Monday before his fourth round match at the Australian Open against Spanish legend Rafael Nadal, Kyrgios came out on to Rod Laver Court wearing a Kobe Bryant number eight basketball jersey. Bryant, considered one of the best basketball players of all-time, died Sunday in a helicopter crash in southern California at the age of 41 in a tragedy that has rocked the sports landscape. Bryant’s daughter, 13 year-old Gianna also died in the helicopter crash. Kyrgios also wore a Lakers jersey in the post game press conference.

Kyrgios, the 23rd ranked player in the draw, battled Nadal, the 2009 Australian Open champion hard. However, he still lost in four sets, 6-3, 3-6, 7-6, 7-6, in a match that lasted three hours and 38 minutes. The two major reasons for the Nadal win came down to winners and unforced errors. Nadal had 64 winners and 27 unforced errors compared to Kyrgios’s 50 winners and 43 unforced errors.

Even though Kyrgios did not win the tournament, he significantly improved his overall public image at the 2020 Australian Open. Kyrgios planned to donate $200 for every ace he recorded in the first major of the season. After hearing about Kyrgios’s generosity, John McEnroe announced he would donate $1000 for every set Kyrgios won.

For his unsportsmanlike behavior at the 2019 Cincinnati Masters, Kyrgios was fined $113,000 and was suspended 16 weeks. Also last season Kyrgios threw a chair on the court in Rome during an outburst against Casper Ruud of Norway. Kyrgios lost the match by default.