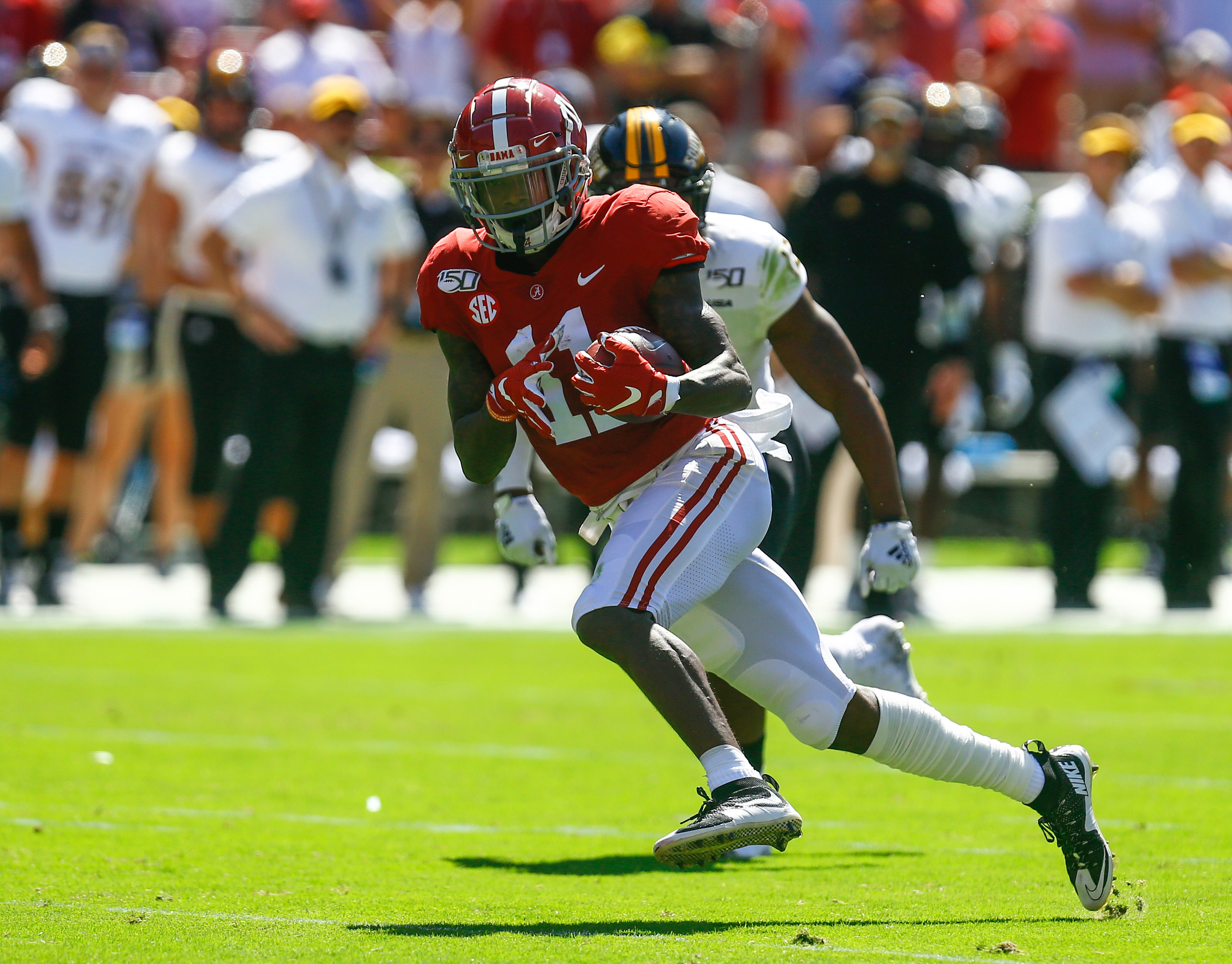 University of Alabama standout Henry Ruggs III is regarded as one of the best wide receiver prospects in the 2020 NFL Draft due to his extraordinary speed.

Ruggs has incredible quickness in his initial movements off of the ball, while his foot speed can make it difficult for cornerbacks, who are pressing him on the line of scrimmage.

Additionally, his straight-line speed makes him nearly impossible to catch. Opposing defenses would often opt to play off of Ruggs, but he countered it by doing a lot of damage over the middle of the field on crossing routes.

With Ruggs’ top-tier speed, the slightest opening can lead to a huge gain. This is similar to how Cleveland Browns All-Pro wide receiver Odell Beckham Jr. takes a slant route for a long touchdown.

Alabama’s RPO offense often created gaps in the middle of the field with the linebackers crashing in to stop the run. Therefore, the only thing that stood in the way of Ruggs scoring a touchdown was the opposing team’s defensive backs.

The 6-foot wideout was a part of a loaded Alabama offense, which featured multiple potential Day 1 and Day 2 selections.

In the wide receiving core alone, Jerry Jeudy is expected to go early in the draft, while Devonta Smith decided to return to Alabama for his senior year.

If Smith declared for the draft, he might’ve been a top-50 selection. Then there’s sophomore Jaylen Waddle, who is another dangerous playmaker.

Nevertheless, the Philadelphia Eagles have a glaring need at wide receiver, and Ruggs could be a potential option for them with the No. 21 overall pick.

This past season with the Crimson Tide, the 6-foot wideout had 40 receptions for 746 yards and seven touchdowns. Ruggs’ speed would be extremely beneficial to an Eagles’ offense, which only averaged 235 passing yards per game this season.

Speed was something that the Eagles’ wide receiver unit lacked as DeSean Jackson missed a majority of this season with a core muscle injury.

However, the veteran wide receiver is expected to return to the lineup next season. For the Eagles’ offense to have success in 2020, they will need Jackson to stay healthy.

In addition to Jackson, Philadelphia might have to make a decision on Alshon Jeffery for next season, while Nelson Agholor is expected to move on in NFL free agency.

That being said, Eagles head coach Doug Pederson and quarterback Carson Wentz will likely be depending on the young guys again next season.

After capitalizing on his opportunities at the end of this season, 24-year-old Greg Ward Jr. will likely return to the starting lineup in a full-time role.

Second-round pick J.J. Arcega-Whiteside, who had a disappointing rookie season, still has room for improvement and should improve next season.

With that being said, Ruggs would slot in nicely with the two fellow young wide receivers on the roster with his elite speed on the outside.

Along with his elite speed, Ruggs’ ability to win vertically will always be an appealing trait. However, his foot speed and ability to find space over the middle of the field makes him an intriguing first-round prospect.