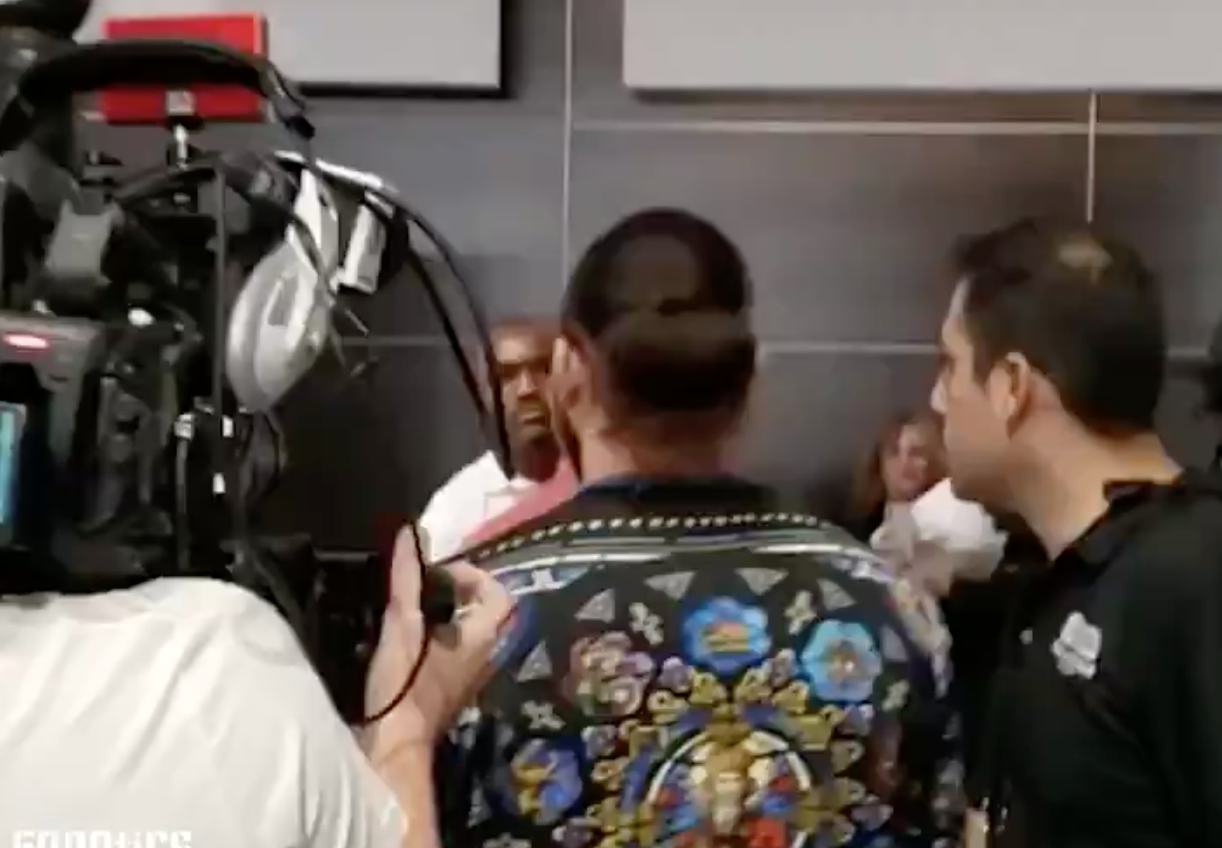 Radio Row is filled with media members looking to broadcast live from the big event or publish articles for their readers to enjoy, ahead of the Super Bowl.

But the problem is that celebrities, entertainers and athletes are also often invited, which can create issues.

There was a time when it was comprised nearly entirely of media members, but that’s not the case anymore. Even UFC fighters Jorge Masvidal and Kamaru Usman were given invites, apparently, as they were hanging around, likely doing radio appearances, on Wednesday. They don’t like each other, though, and they got into a heated altercation at Radio Row, with plenty of trash talk involved.

Yeesh. Not what Radio Row needs. Take it to a nightclub or something.