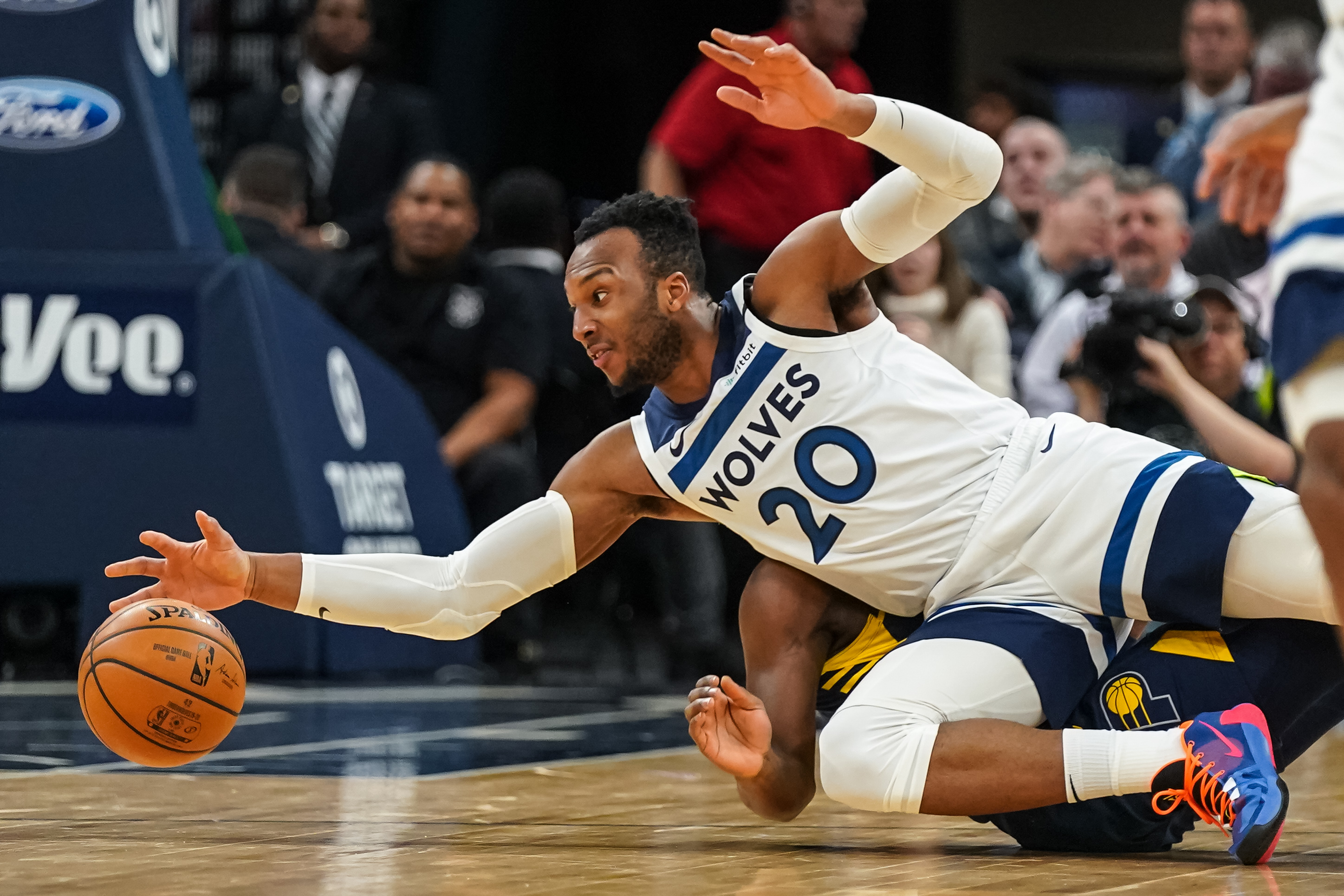 In the latest addition of “How depressing can it get as a Wolves fan?”, the Wolves blew a 17-point lead with 2:47 left against the Kings. The poor defensive rotations, questionable substitutions and poor free throw shooting created a once in a lifetime debacle that only the Wolves could achieve. But there was still a slight bit of hope in the overtime period. Once overtime started, the Wolves looked lethargic, slow and defeated. But one player kept on appearing on the screen. It was Josh Okogie.

He was flying around the court. Okogie tipped the ball away from Hield to create an extra possession, grabbed multiple offensive rebounds, and locked down his man on the defensive end. Okogie imposed his will on the early part of extra time, trying to will the Wolves to a victory by himself. Then the crucial moments hit and Okogie just couldn’t perform. He got himself fouled down 2 with less than 2 minutes to play in OT and stepped up to the free throw line. Okogie then subsequently missed both free throws, grabbed his own offensive rebound and missed a contested 6-foot shot. The miss was rebounded by the Kings and momentum was gone. Here lies the Josh Okogie conundrum. This overtime period was a microcosm of how Josh Okogie giveth and how he taketh away.

As a high school basketball coach, I am very biased toward Okogie. He’s the consummate coach’s player. A tough nose defender, with excellent athleticism and enough hustle for an entire team. If you can find 10 players in the NBA who work harder than Okogie on a night-to-night basis, I would be shocked. But these attributes hide a larger flaw in Okogie. The shooting woes. They are prevalent and they are crippling to the future development of Okogie.  Looks at Okogie’s stats through one-and-a-half seasons so far.

Shooting under 30% from the 3-point line in today’s NBA is unforgivable. Especially for a player who generally only shoots from the corner with no defenders even close to him. To put it into perspective, Okogie is shooting worse than Kris Dunn and Markelle Fultz from behind the arc.

In a perfect world, Rosas wants a ball dominant point guard with excellent dribble penetration skills and scoring ability to be offset by long and athletic wings who create space in the middle of the floor with their shooting. Rosas’ whole scheme revolves around the ability to shoot the ball. Okogie brings a ton of defensive skill, but he can’t effectively space to the corner to allow space for the point guard and Towns to operate. Anyone guarding Okogie is sinking to the middle of the court as far as they can right now. Okogie is the player that every team leaves their weakest defender on right now.

I’m not trying to be fatalistic too early, but the numbers don’t look good for Okogie. He can be a good player on a team with more shooting, but this current iteration of the Wolves might not have room for a player of his ilk. On top of his shooting woes, Okogie’s shot selection has been very poor as of late. A player with no confidence in their jump shot tends to rely on off-balance attacks at the basket. Sound familiar?

What the Wolves should do: Keep Okogie unless a trade for a star Point Guard comes along

Okogie is on a very friendly 3-year deal averaging $2.5 million annually. I don’t love giving up on a contract this friendly. For all the negatives about Okogie on the offensive end, his defense and energy are perfect for a bench player on a winning team. He definitely outperforms the worth of his contract, which is invaluable in the NBA. The shooting stroke of Okogie is solid, but if he can’t find a way to raise his 3-point percentage, he’s not a part of the Wolves future. Trading him before the “poor shooter” label gets slapped on him might be the best thing the Wolves can do.