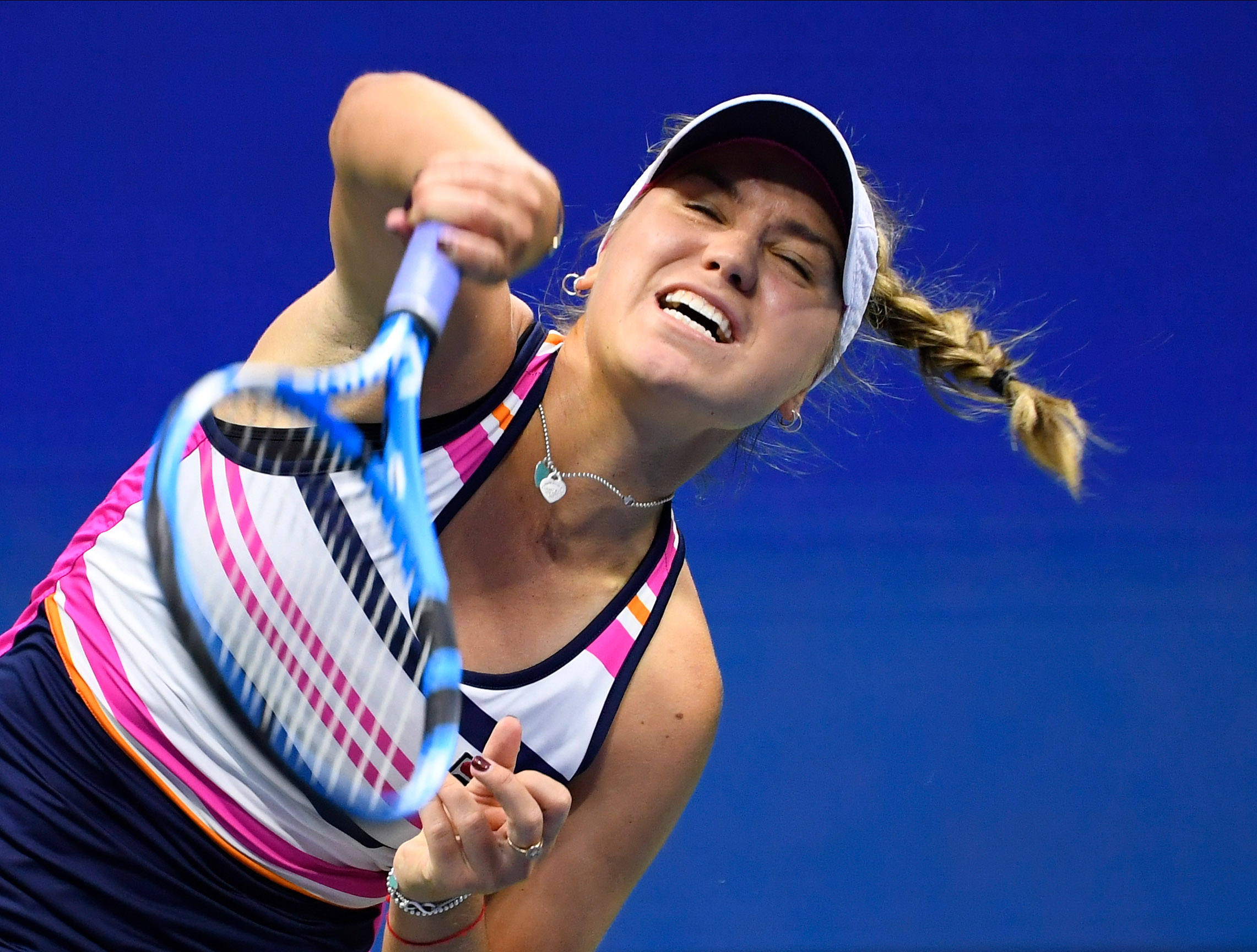 Sofia Kenin of Pembroke Pines, FL is in her first career grand slam singles final. On Thursday, Kenin, the 14th seed, defeated hometown hero and world number one Ashleigh Barty of Australia, 7-6, 7-5 in the women’s singles tournament of the 2020 Australian Open from Melbourne.

Kenin beat Barty in straight sets at Rod Laver Arena. The match took one hour and 45 minutes to play.

Like many women’s matches at the 2020 Australian Open, one telling statistic is unforced errors. Kenin had 25 compared to 36 for Barty.

In the other semifinal, unseeded Garbine Muguruza of Spain defeated world number four Simona Halep of Romania 7-6, 7-5. It took Muguruza two hours and five minutes to beat the feisty Romanian.

This will be the second match head-to-head between Muguruza and Kenin. In the first round of the 2019 China Open, Kenin was victorious as she came away with a three set victory, 6-0, 2-6, 6-2.

Muguruza is a two-time grand slam champion. She previously won the 2016 French Open and 2017 Wimbledon.

Muguruza and Kenin also have something in common. They do not represent the countries they were born in. Muguruza was born in Venezuela and Kenin was born in Russia.

In the first of two men’s semifinals on Wednesday, second ranked Novak Djokovic of Serbia defeated third ranked Roger Federer of Switzerland 7-6, 6-4, 6-3. Djokovic now awaits the winner of Alexander Zverev of Germany and Dominic Thiem of Austria, who are in the other semifinal.