Your Morning Dump... Will the real Gordon Hayward please stand up? 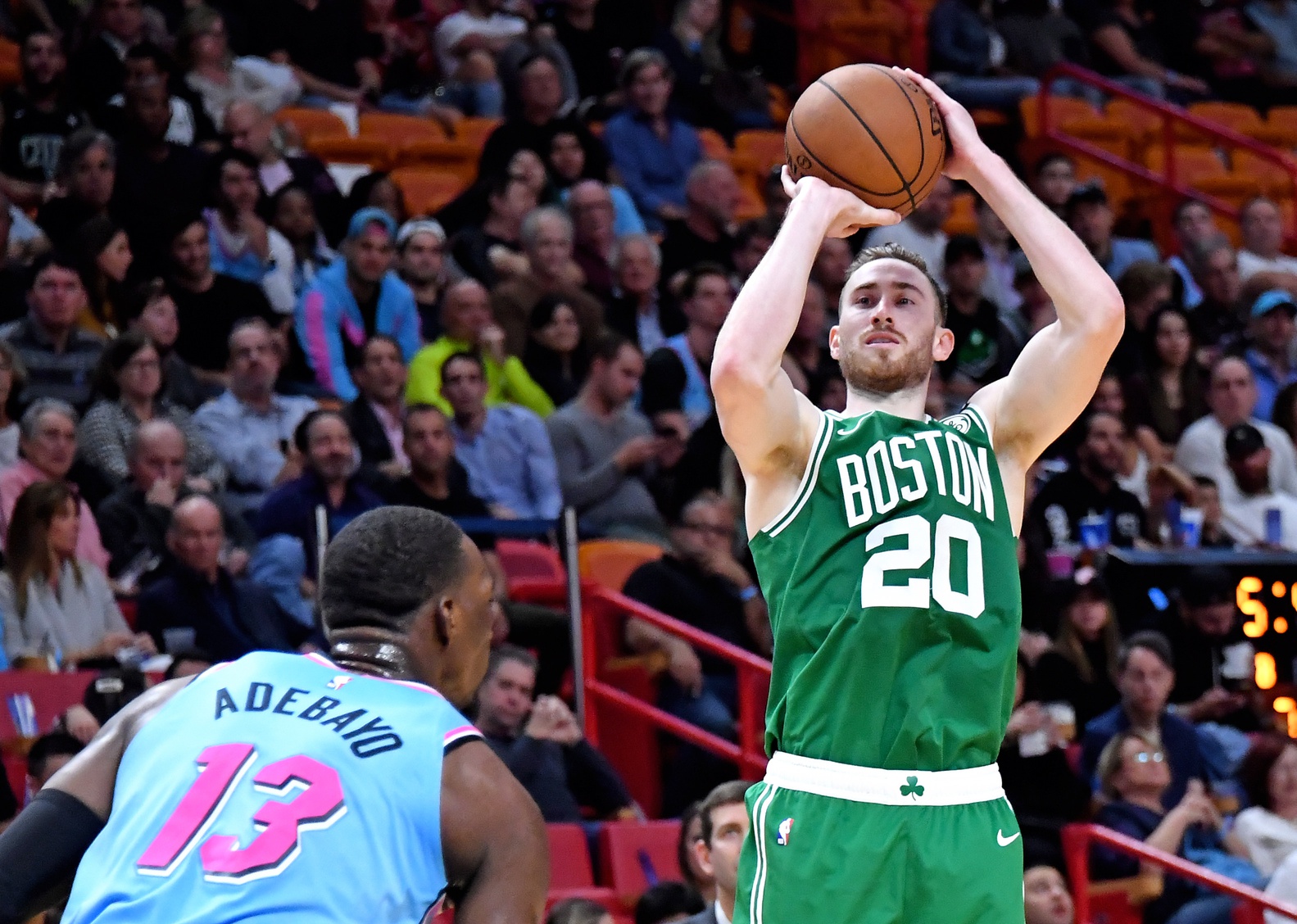 Your Morning Dump... Will the real Gordon Hayward please stand up?

There is a flurry of question marks surrounding the Celtics headed into the trade deadline and the All-Star Break. Will the Celtics finally get 100% healthy? Are both Tatum and Jaylen All-Stars? Do we need to trade for a big man?

The constant amid these questions, however, is the play of Gordon Hayward. He has played a pivotal role during the Celtics’ recent hot streak and finally looks like the slashing/3-point draining winger we’ve seen in the past.

In the 11 games Hayward has played with Tatum, Brown or both out of the lineup, Hayward has averaged 21.3 points, 7.9 rebounds and 4.3 assists while shooting 54.2 percent from the field and 42.0 percent from behind the arc with Boston posting a 7-4 record.

Those numbers — and the winning percentage over the course of a season — would easily put Hayward in the conversation not only as an All-Star but a potential starter.

Hayward’s journey as a Celtic has been through more ups and downs than a Ritz Carlton elevator. But his unrelenting work ethic and positive attitude have once again brought him to the top floor of his abilities. He has scored 20+ points in three consecutive games, a first in his tenure for Boston. Additionally, he has helped the Celtics when others struggle from the floor, most recently in Miami on Tuesday.

On Tuesday, Hayward punished the Heat with his full arsenal, scoring 29 points on 8-for-10 shooting including 8-for-10 from the free-throw line. He also pulled down nine rebounds and helped facilitate the Celtics’ offense. On a night when Jayson Tatum was out and Kemba Walker struggled, the Celtics had more than enough firepower for the Heat.

I mentioned slashing Hayward right? He’s getting to the line 4.3 times per game this month, more than double his average with the Celtics.

Now, with the trade deadline only a week away, Hayward’s name will be thrown around constantly. There are many things to consider: whether the Celtics want a big man, whether Hayward may opt-out of his contract similar to what Al Horford did last year with the Celtics, or if both Tatum and Brown being healthy force him back into a lesser role (P.S. Tatum was upgraded to questionable last night). BSJ’s Brian Robb asked Hayward about his contract options:

What exactly are the C’s plans with Hayward though? Would they want to invest in him again long-term and face a hefty tax bill in the process? Is that a conversation the team has had with Hayward’s representatives this season?

Despite everything, we cannot overlook the fact that Gordon is playing like his old self again and putting up All-Star numbers. Only time will tell what transpires, but for now all we can do is appreciate Hayward’s progress.

Related – The Ringer: Players I’d Target at the Trade Deadline

No, I have not forgotten about Kobe. Despite the media being heavily saturated and rightfully so with montages and highlights of Bryant, players continue to tribute the late Laker star in creative ways.

Kemba has been considering how to do so as well.

Walker wears No. 8 in Boston, and said following Tuesday night’s win in Miami that he is mulling his options. While he has given some thought to changing numbers, he may stick with Bryant’s former digit as a way of honoring the late great.

“I’m considering it but I’m not sure yet,” Walker said of changing his number. “I definitely have tons of respect for Kobe. But everybody mourns a little bit different. For me, I’m thinking I would love to honor him by wearing that number. Kobe played hard each and every night, and I would like to honor him by doing the same. I’m definitely thinking about it, but we’ll see.”

The basketball world mourns the loss of one of the greatest basketball players to ever walk the earth. It really is amazing how impactful one human being could be to a sport (and beyond).

As a Celtics fan, I grew up hating the Lakers, and Kobe was public enemy number one throughout my childhood. June 17, 2010, was one of the worst days of my life. But no matter how many curse words or jinxes I would yell at Kobe through the TV, he would always manage to hit the shot. As I grew older, that animosity turned to respect, and no matter how much I wanted Kobe to miss that next shot, I respected the hell out of him. I know I’m not the first, and won’t be the last, but here’s my tip of the cap to Kobe Bryant.