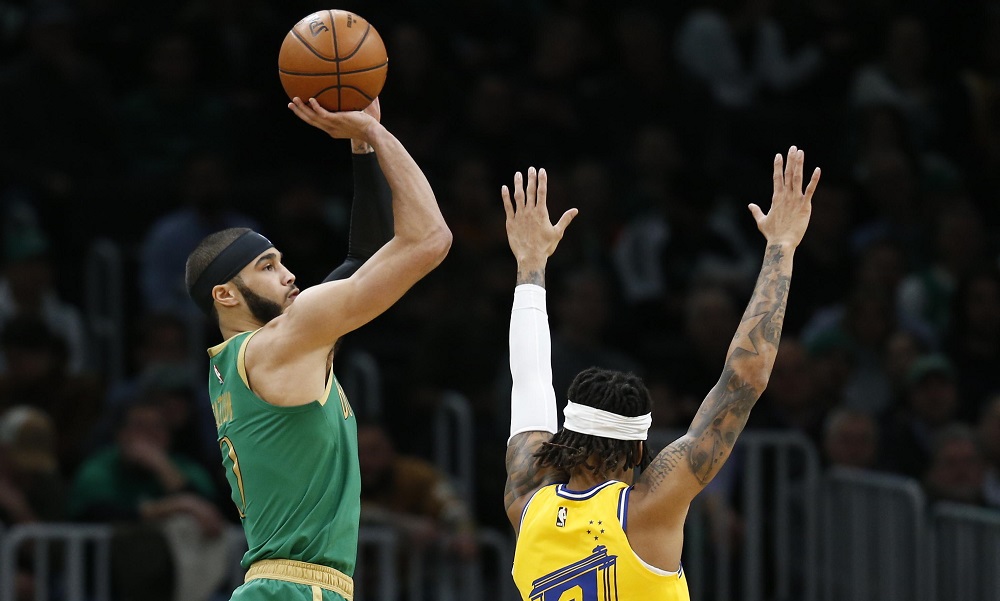 The Celtics won on Thursday, 119-104, their fifth victory in the last six games. They moved up to third in the East standings. It was helpful that new All-Star Jayson Tatum returned from his groin injury.

That is some potent offense, coming within one Jaylen hoop of having four 20-point scorers in the same game, on balanced shot distribution. And that was with Kemba having an off night.

Why does this matter? Because it was one of the few games this season that all five were available. Last night demonstrated the offensive potential when all the fellas are healthy.

Now, cynics would say it was against the worst team in the NBA, and they’d be correct. But we’ve often groaned as the Celtics played down to lesser competition. That didn’t happen – and it could have, considering last night’s trap-game potential, right before the Sixers come to town.

2. He’s not in Charlotte anymore

Kemba Walker didn’t have his typical game last night, finishing 9 points below his season average. However, no worries – he no longer has to carry his entire team.

Good news: Boston dominated the glass, grabbing 51 rebounds to Golden State’s 30. The Celts had 14 offensive rebounds to the Warriors’ 3, leading to an 18-2 advantage in second-chance points for the good guys. Daniel Theis had 5 ORebs.

Bad news: The Cs committed 23 turnovers (Brown 5, Smart 4). The Dubs capitalized with a 24-18 advantage on points off TOs and a 26-10 margin in fast-break points. Boston’s sloppiness helped G.S. stay in the game, but in the end it didn’t matter because the Celtics shot 47.7% from the floor and 42.9% from the arc.

4. Marv is no longer marvelous

Jaylen Brown and Kemba Walker according to Marv Albert pic.twitter.com/pQ6z41rPCk

I'm so happy the game here is on @NBCSCeltics https://t.co/fllQziqsNZ

It’s a shame that Marv has lost his fastball. He used to be The Man for NBA telecasts. As the tweet directly above says, those of us in New England are fortunate when we have the choice to watch Mike and Tommy instead.

5. How could anyone not love these guys?

“It was just spontaneous, in the moment. Song came on and we were feeling it … Me and Jaylen, we’re both goofy and we’ve been playing long enough that we kinda pick up on each other’s similarities.”pic.twitter.com/cFltkgiPw8