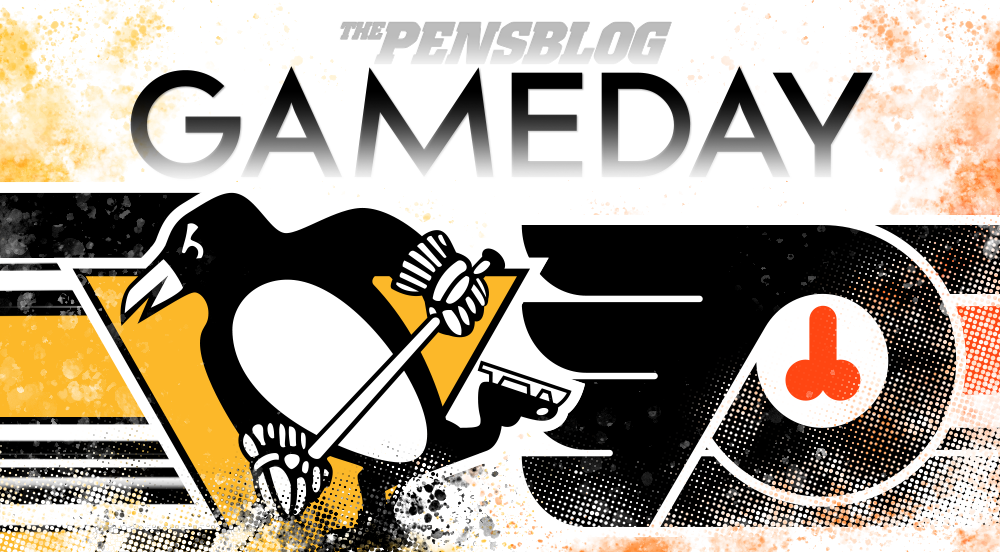 Welcome back to Penguins hockey: the only kind of hockey that actually matters to you.

Following a 10 day hiatus, the Penguins and Flyers meet once again to round out their home-and-home series, bookending the bye week and All Star Break.

Unconfirmed reports suggest that this is the longer period of days between home-and-home games.  These reports are only unconfirmed because your author refuses to do his due diligence on this particular item.  It feels like it has to be true, though, right?

At least it gave the masses enough time to come up with the most sweetest, dopest, and overall cleverest 1975 joke.  They are the coolest and everyone should absolutely make them.

Anyway, you may or may not recall that the last time out, the Penguins looked pretty lifeless, managing to score exactly 0 goals on Brian Elliott, a goalie they scored 6 goals against back in October.

That 3-0 defeat could not have left anything other than a sour taste in the flightless ones’ mouths heading into the break, a taste only equalled in bad-ness by that of Cheez-Whiz on a steak sandwich.

With injuries still omnipresent, the Penguins called up Andrew Agozzino and Anthony Angello from WBS.  No word on Asking Alexandria’s availability.  Rumor has it they have plans for a candlelit dinner with Inamorta.

TRANSACTION: The @penguins have recalled forwards Andrew Agozzino and Anthony Angello from the #WBSPens.https://t.co/W0E7nhLMRY pic.twitter.com/ldLfHW5Fms

That is to suggest that Bjugstad (core) and Kahun (concussion) are still coming along in their recoveries and aren’t ready to return to the lineup, while Dumoulin also remains out.  Schultz is close and may go, though.  If he goes, expect him on the 3rd pairing playing super sheltered minutes.

Schultz on practice and a potential return: “I was full out today. We’ll see. Obviously, I want to play, but you want to be smart with these things.”

Schultz is game-time decision tomorrow v Philly. He said he stayed mostly in Pittsburgh during the break rehabbing. #pens -SK

One lineup decision that will be interesting to see play out is what HCMS rolls with is in goal.  Jarry, fresh off his ASG appearance, has seen his SV% at 5v5 and in all situations dip as of late, while Matt Murray has shown himself to be on the upswing in terms of stopping the puck in both areas.

Tristan Jarry has seen his SV% steadily decline since mid-December (his 14th game of the season), while Matt Murray has pulled himself out of the weeds since that 12/21 game in Vancouver. I think the Penguins may be okay in goal. pic.twitter.com/x6rN4eOG3H

The cowardly Carter Fart continues to refuse to step into the arena against the Penguins, needing 7 more days to recover from an injury.

Hart's original timeline was announced as 2-3 weeks. Two weeks would have put him on track to play tomorrow, but that was obviously the optimistic end of the timeline. Seven more days still puts him "on track," though obviously you wanted to see him return ASAP.

That leaves Brian Smelliott to tend the twine behind a team that has its own share of injuries.  Nolan Patrick (concussion) and Oskar Lindblom (cancer) are out longer term, while Fart, Raffl, and Gostisbehere are also on the shelf.

There isn’t too much to separate these two teams from an offensive standpoint, but where the Penguins blow the Flyers out of the water is on the defensive side of the puck.

WHAT TO WATCH FOR