Philip Rivers: If the Chargers are moving on, then what?

Philip Rivers: If the Chargers are moving on, then what?

If the reports are true, and the Los Angeles Chargers have “moved on” from Philip Rivers,  then what’s next?

Rivers has been with the Chargers since he was drafted in 2004, having himself a hall of fame type career.  Rivers has been named to the Pro Bowl eight times, been named Comeback Player of the Year, and won numerous passing records over the year.  Six times the Chargers made the playoffs with Rivers starting, but never made it to the Super Bowl.

Their best chance was in 2006- Rivers first season as a starter.  The Chargers finished wth a 14-2 record, the No. 1 seed in the AFC, and home field advantage throughout the playoffs.  They faced Tom Brady and the Patriots in the divisional playoffs, and lost 24-21, blowing an 11-point lead during the game.

In 2007, the Chargers lost in the AFC Championship game to the undefeated New England Patriots, who improved to 18-0 at the time.  Rivers though, played the entire game with a torn ACL.  That game, will go down as one of the gutsiest performances in football history, showcasing Rivers’ toughness.

In the past decade however, the Chargers only made the playoff twice, in 2013, and then again in 2018.  Running a high powered offense with weapons galore, the Chargers were the hottest team in the AFC last year, but once again, fell to Tom Brady and the Patriots.

This year, the Chargers fell completely off the map with a 5-11 record, and Rivers fired off 20 interceptions, eight more than last year.

At 38-years old, his time with the Chargers may be coming to an end, although his playing time in the NFL might not.  At a time when quarterbacks are playing into their 40’s, Rivers might still have some games left to play, just perhaps not with the Bolts.

If this is the case, then what’s next?

Honestly, who really knows.  Of the 32 teams in the league, it appears that 26-27 teams are set at quarterback, with perhaps only the Bengals, Raiders, Chargers, Patriots, Colts, and maybe Dolphins needing help.  The Bengals are probably picking Joe Burrow in the NFL Draft, so scratch them out.  Carolina would be another possibility if they decide to move on from Cam Newton, but that’s a huge “if”.

Miami makes sense, but after the legend of Ryan Fitzpatrick, would you really want to go from Fitzmagic to Rivers in one season?

If this is all true, then all options are open for Rivers.  I’ve heard Rivers leaving might open the door for Tom Brady to return to California to play for the Chargers now, but that’s a whole other story.

Still, the thought, that in this day and age, a 38-year old quarterback can possibly take over the starting gig for an NFL team is pretty cool. 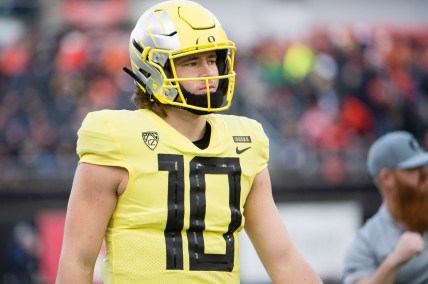 As for the Chargers, now might be the best time to finally address the future and land their next franchise passer in the upcoming draft.  The Bolts currently hold the 6th pick, and could land one of the elite passers like Oregon’s Justin Herbert, Alabama’s Tua Tagovailoa, or Utah State’s Jordan Love.

Of course, the Chargers and Rivers could just end all the speculation, and go another season together.  Or, both could just say, “thanks for the memories”.  Whatever the case, it’s been fun to watch Rivers play.