Your Morning Dump... Where Tatum's an All-Star 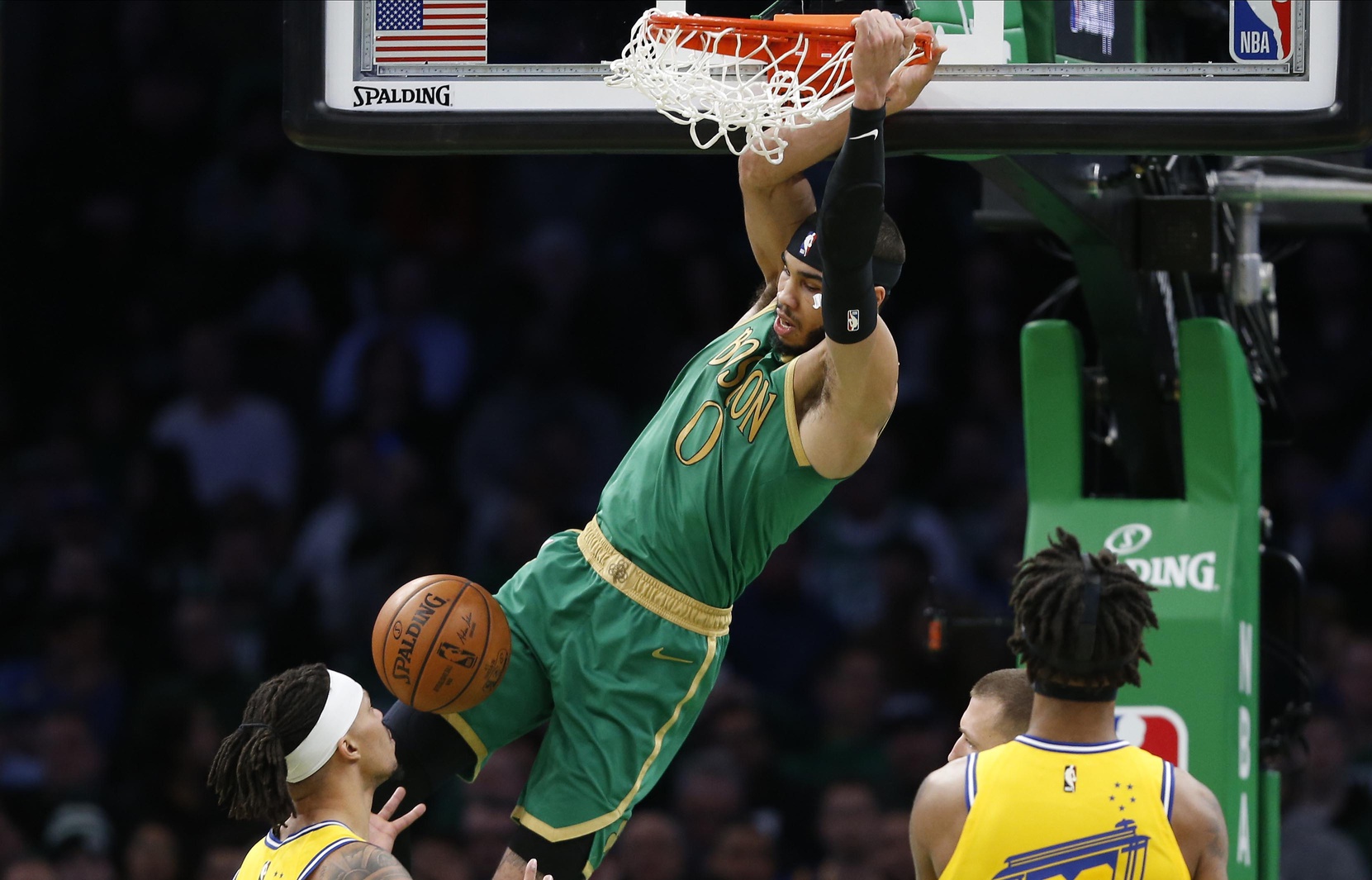 Your Morning Dump... Where Tatum's an All-Star

Jayson Tatum had a good sense that he might be selected to his first All-Star team on Thursday before he arrived at the TD Garden for the Boston Celtics’ game against the Golden State Warriors.

But when the news became official, and when his son Deuce arrived behind the scenes at the arena with a shirt that read “My Dad is an All-Star,” Tatum said he felt the full impact of his first selection.

“I was surprised,” Tatum said. “Once you finally hear, I wanted to cry. I didn’t cry. I might cry later, though. But I’m just so grateful. It’s something I’m not going to take for granted. There’s only 24 guys who make the All-Star team, so I’m super thankful and I’m going to enjoy the opportunity of the moment.”

Tatum making the ASG is not exactly a surprise. The kid has bounced back from a rough 2019 season, and apart from that stinky stretch in early January, he’s looked like an All-Star—and at only 21 years of age.

Jaylen Brown was snubbed, though he’s saying the right things:

“I’m not disappointed,” Brown said. “I think it’s a lot of guys that they have to choose from, a lot of guys having a good year. It is what it is. Just start gearing up your mind, getting ready for the playoffs and stuff like that. Building good habits.”

But that’s why you want a coach like Stevens:

“The bottom line is, we don’t necessarily concern ourselves with the subjective voting,” Brad Stevens said. “It’s how well you play. And both (Brown and Tatum) have played so well, it’s great to be in the conversation. And it’s too bad they both can’t go. But from our standpoint, they’re both our All-Stars. So we’re excited to play through both.”

It’s tough to remember just how crazy Boston’s decision to hire Stevens–and sign him to a six year contract–seemed back in 2013. The thing is, there are plenty of coaches who say stuff like this to the press, but don’t exactly treat the team that way. Stevens is not one of them.

Jaylen Brown is an incredibly competitive guy. There’s no way that, with an extra year in the league, and remarkably similar stat lines, Jaylen isn’t feeling at least somewhat snubbed. ‘If Tatum deserves to be an All-Star, so do I’ is a perfectly reasonable response to what happened yesterday.

But, at the same time, I’m sure that Brown knows that he can’t obsess over that to the detriment of the team.

Where Stevens’ skill as a coach comes in is not so much in telling Brown how he should feel, because Jaylen already knows that, it’s his ability to make it easy for Jaylen to have the right attitude.

Page 2: Where the Celtics are back on fire

It didn’t require a significant amount of effort for the Boston Celtics to beat the Golden State Warriors. The remnants of the Dubs are just not very good, and though they are, like most NBA teams, capable of stringing together runs, good teams that try hard enough for long enough should get past them pretty easily.

And so that’s what the Celtics did. A good team beat a bad team. It got a little close sometimes, but there was never an “uh oh” moment that made anyone think the result would be any different than the 119-104 win that it was.

Gordon Hayward led the Celtics with 25 points, 8 rebounds, and 3 assists. Marcus Smart added 21 points on 50 percent shooting from the field and from 3 to go along with 6 assists. Jayson Tatum dropped 20 on his All-Star night on 50 percent shooting. Jaylen Brown 18 points and 7 rebounds before fouling out late in the game.

After going through a stretch where they lost six of eight, the C’s have turned things around and have now won five of their last six, and in so doing, have looked much more like the team we saw from October to December. They play Philly tomorrow night, looking to salvage a win from the season series.

Ben Simmons, I note, was selected as an ASG reserve, and that pleases me to no end. Simmons is sort of like Jahlil Okafor in that he has the athletic ability required to be a dominant player, but he has none of the mentality. Simmons has been content to let his game stagnate, and as long as he gets paid and makes the ASG, he’s unlikely to change his attitude. And, of course, as a Celtics fan, what I want is for the Sixers to have a pile of money tied up in a guy with no particular desire to improve.

Finally: The NBA tweaked the All-Star game, but my idea is better

The game score will be kept normally for three quarters. In the fourth, the game clock will be shut off and the teams will try to hit a target score, which is set at the leading team’s total plus 24 points. The 24 is in honor of Bryant.

“For instance, if the cumulative score of the first three quarters is 100-95, the Final Target Score would be set at 124 points,” the league said in a statement. “To win the NBA All-Star Game, the team with 100 points would need to score 24 points in the fourth quarter before the team with 95 points scores 29 points.”

Each team will also be playing for charity, and the winners of each of the first three quarters will win donations to a charity of their choosing.

At the start of each quarter, the scoreboard will be reset to 0-0, but the cumulative score still will be kept as normal and will be used to determine the target score, so even though it might look different, there really is no change in how the score is being kept.

I have a couple thoughts on this.

Second, I don’t understand why they’re resetting the scoreboard to zero at the start of each period. Rather than having a few NBA scorekeepers doing the bookkeeping required to track the winners of each period, the whole dang audience is going to have to follow two scores at once.

I prefer my suggestion: Break the roster into teams that play 3-on-3, no coaches, no substitutions and 10 minute games.