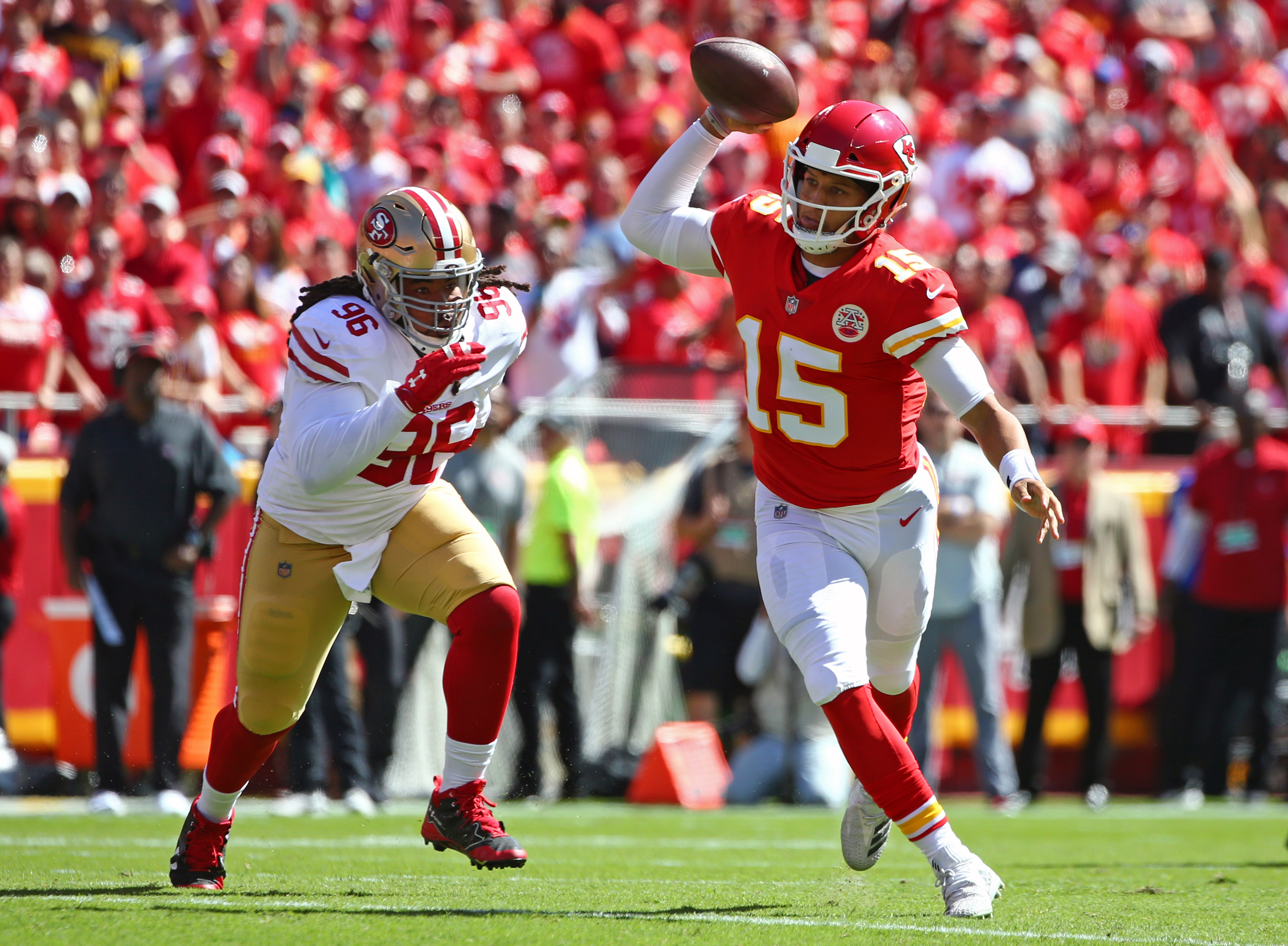 I know there are two teams playing in the Super Bowl today.  I know it’s Kansas City and San Francisco- that much I know.

What I didn’t know, is that only one player can win a championship by himself, because that seems to be the case here.

Patrick Mahomes is the Super Bowl.

He’s everything.  He’s the X-factor in the betting spread going for KC.  He’s the sole reason why most of the media pundits, analysts, and talking heads, have picked the Chiefs to beat the 49ers today.

If you were to flip Mahomes over to San Francisco, and the other quarterback who is playing today, I forget his name because he’s hardly mentioned in the media, the 49ers, not the Chiefs, are not only favorites, but heavy favorites.  Like two touchdown favorites.

But Mahomes isn’t a Niner, he’s a Chief, so hence, the Chiefs are the favorite.

Mahomes is awesome, without question, the best quarterback in football today, maybe even player.  He’s Lebron James.  He’s Mike Trout.  He’s Sidney Crosby.  He’s the face of the entire league, and with good reason- the dude is a straight up baller.

Mahomes can throw with his right and left arm.  Mahomes can fire a ball 70 yards down the field like Uncle Rico can throw a football over a mountain.  Mahomes can scramble, he can throw off either his back foot, or his front foot, whatever he fancies.  He can throw sidearm, throw without looking, and apparently, he likes for his team to be down by at least ten points, before he really gets going.

Dude is flat out awesome, nobody doubts that.

But this is a team game.  Despite all the crazy good stuff Mahomes does, if he doesn’t have the weapons he has, the coach he has, and the defense he has, he’s just an awesome quarterback on an average team, which KC isn’t.

The media coverage these last two weeks has been far too biased not only in the Kansas City camp, but also on the Mahomes side, that it really takes away from the accomplishments of the team.

It’s his Super Bowl apparently to win or lose.  Forget the other team he’s playing, who are they?  And who are his teammates, ah, doesn’t even matter.  Patrick Mahomes is the Super Bowl.

At least…according to the media.