Andy prevails, Mike Kaye reviews Eagles "All or Nothing"... 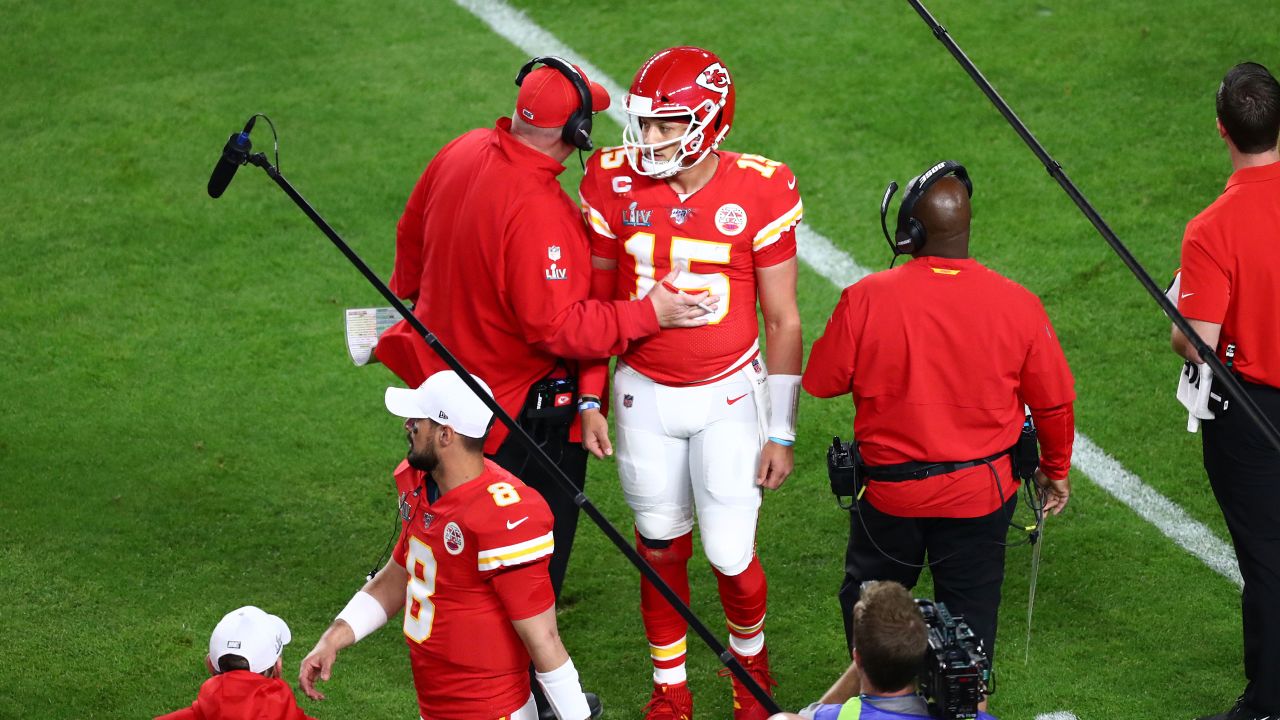 Andy prevails, Mike Kaye reviews Eagles "All or Nothing"...

Congrats to Andy Reid and his Chieves for their comeback win in SB54 and for finally putting to rest the “Andy can’t win the big one” thing. Fact is, Andy did win a ring as an assistant coach for the Packers, but for some reason that never registered in the anti-Andy movement.

In a way this is vindication for many of our fans who stuck by Andy all those years in Philly. For those of us who often complained about his playcalling being too predictable, Andy even unveiled a cool trick play during a KC comeback drive, where he had his entire backfield do a Temptations-style spin move into a direct snap formation. EYE knew then this current version of Andy was not going to be denied.

Reid himself expressed a sincere appreciation for Philly fans who stuck with him over 14 seasons:

“We were so close” to winning it all with the Eagles when he was there, Reid said. “So many times. My heart went out to the players, owners and fans. That was one thing that hurt: It was for the Luries, fans and the players. This is a pure team effort. I’m just happy for everyone in Philly, they have a little piece of all of this. It’s humbling to think about all of that.”

Kinda feels like a circle of life is complete now, at least relating to Eagles football tradition…

You might think that’s the final chapter on the Eagles 2019 season, right? But wait!!

The team’s 2019 season is the subject of this year’s “All or Nothing” reality series on Amazon Prime Video. The NFL Films production will premiere on Friday, Feb. 7 on the streaming service.

Unlike last year’s Carolina Panthers docuseries, this season feels very different from HBO’s “Hard Knocks”, which covers teams during the training camp and preseason phases of their annual campaigns.

I didn’t get a preview tape of the show, but Mike Kaye at NJ.com did, and he posted this review:

– The series does a very good job of establishing specific player narratives. Throughout the series, the leadership of Brandon Graham, Carson Wentz and Malcolm Jenkins is repeatedly cemented, Avonte Maddox and Dallas Goedert’s bromance is touched on a few times and Josh McCown’s coach-in-waiting outlook is heavily documented. NFL Films does a stellar job of addressing Brandon Brooks’ anxiety disorder and Miles Sanders’ late-season surge.

– If you really liked the way the Eagles dunked on disgruntled former cornerback Orlando Scandrick on social media, you’ll be a big fan of Episode 4. The series does a strong job of establishing Scandrick during the weeks leading up to his release. In fact, Scandrick is the only external midseason addition that the series really acknowledges (more on that later). From his stellar game against the Jets to his time as a human turnstile against the Cowboys to his interview on FS1, Scandrick’s heel turn is a storyline that the NFL Films crew owns.

– Open mics on the sideline and the practice field lead to a lot of humor (and potty mouths being exposed). “All or Nothing” seemingly does a better job of setting up quick one-liners than “Hard Knocks.” NFL Films’ microphones pick up a lot of random humor throughout each episode, which kind of keeps the pace and flow of the show a bit more bearable. If you’re a big fan of practice field banter, you’ll like the show.

There are also some interesting moments, especially from the defensive side, where players are holding each other accountable for mistakes in games. Jenkins’ discussion with Sidney Jones during the loss to the Vikings and Jalen Mills’ chat with Scandrick after the Tavon Austin touchdown against the Cowboys were eye-opening. McCown’s father-like approach with Wentz and the rest of the team is also highlighted.

– The off-the-field documentation offers little wasted movement. When “Hard Knocks” or even previous “All or Nothing” series have handled off-the-field looks at players, sometimes the footage has just seemed like random filler. In this series, the crew does a good job of capturing the character of players through short vignettes.

While the series focuses on Graham probably more than anyone asked for, his characterization and personality really shine because of the way NFL Films chooses to focus on him as a person AND a player. Graham is an extremely likable lead subject for the team, the season and the series.

– Howie Roseman and Jeffrey Lurie get some legit screen time. Roseman offers up some stories about his early days as a general manager, while Lurie watches a game with Bradley “Rocket The Raccoon” Cooper of “Silver Linings Playbook” and a bunch of other great flicks. Roseman and Lurie both come off well in the show, as expected, given the Eagles’ involvement in the series. Both acknowledged that the media and fans can be mean sometimes in Philadelphia (¯\_(ツ)_/¯).

Mike Kaye’s conclusion: “All or Nothing” is definitely worth watching if you’re an Eagles fan, but it probably won’t scratch your itch if you’re looking for behind-the-scenes dirt. This is a very straight-forward docuseries that focuses on specific players and moments during the 2019 season. Also, parents should note there is quite a bit of cursing in this series, so viewer discretion should be advised. Overall, it’s an interesting but drama-free viewing experience.”

So if you thought the season was finally over, you may want to tune into “All or Nothing” for one last-look bit of closure.