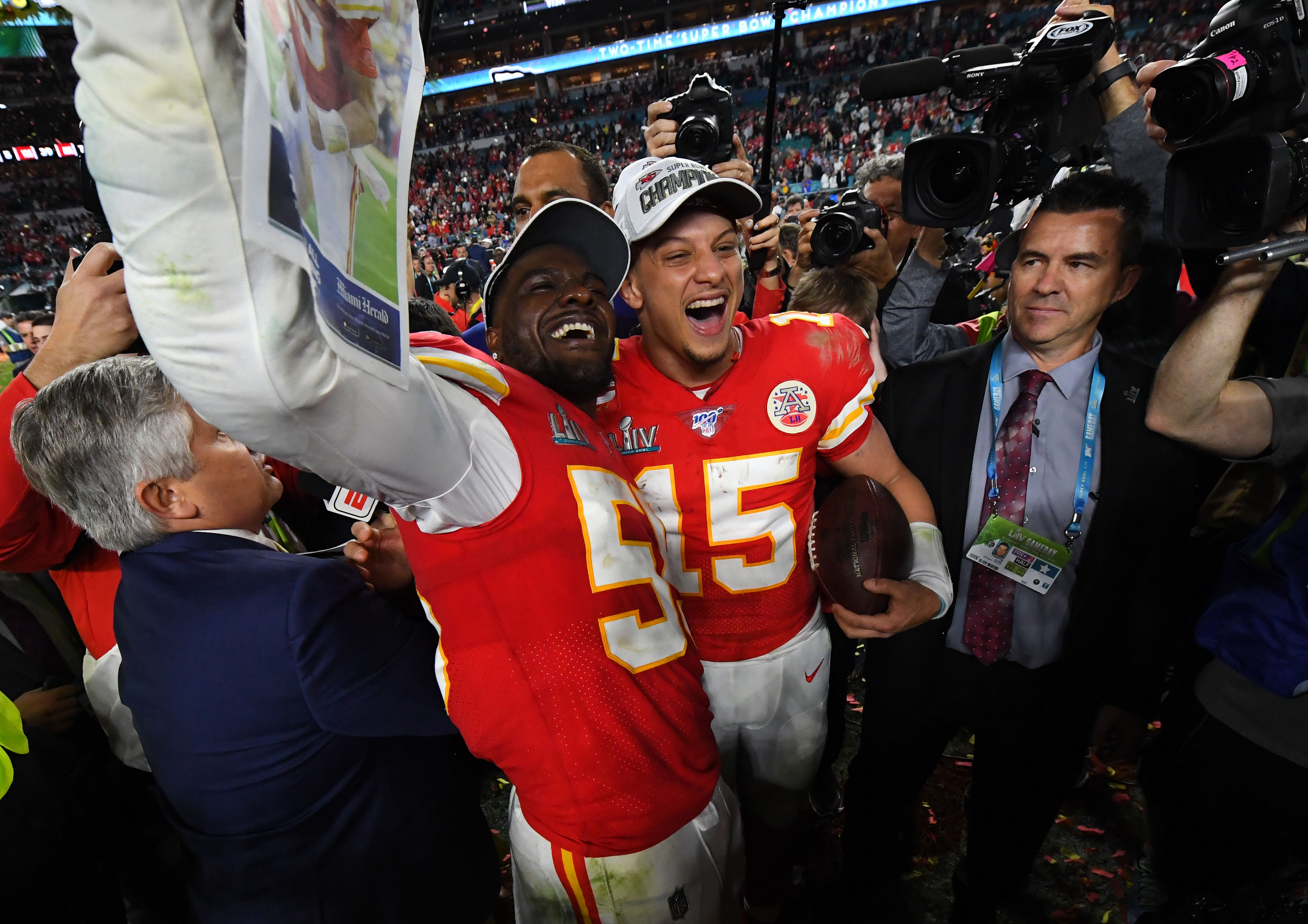 Frank Clark wasn’t even on the Chiefs just one year ago, but he’s quickly risen up the ranks in their locker room, and — along with also-newcomer Tyrann Mathieu — he’s become their most outspoken player, both on and off the field.

Clark had a lot to say about Titans running back Derrick Henry before and after the AFC Championship game, and he sure wasn’t quiet after the Super Bowl, either.

He was given the platform to speak in a postgame interview, and that’s exactly what he did, taking aim at 49ers quarterback Jimmy Garoppolo, over the massive $137.5 million contract he was recently awarded.

“You paying the guy $140 million, $130 million, whatever he’s getting paid, man,” Clark said. “He’s gotta throw the ball. Obviously he didn’t do that. They threw for about 200 yards on checkdowns. That ain’t enough to win a game against us.”

Clark is certainly not one to mince words, and he’s also entertaining.