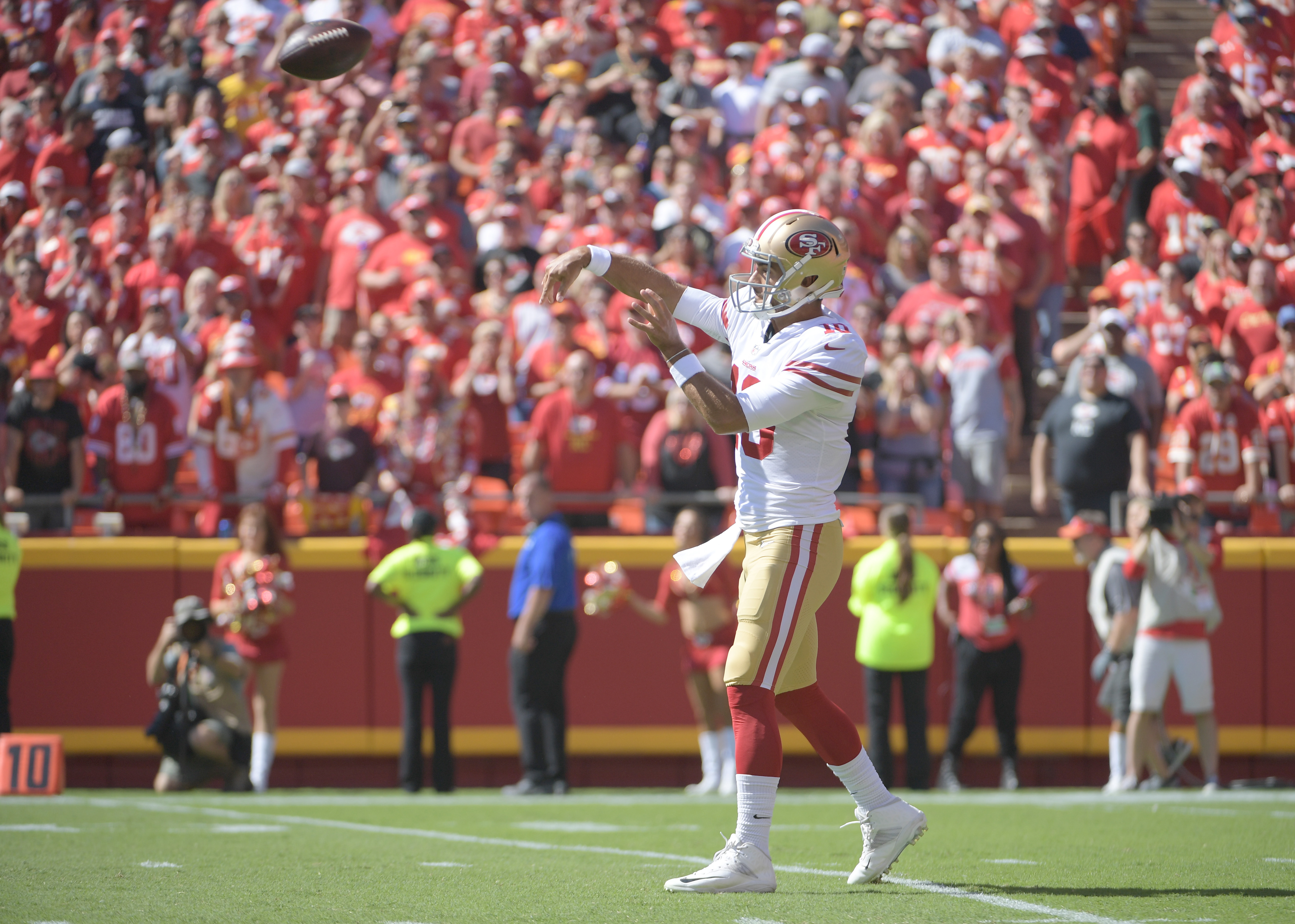 For three quarters, they were silent.

People like ESPN’s Nick Wright and others around the world, nervously watching Jimmy Garoppolo and the 49ers take a 20-10 lead into the 4th quarter of Super Bowl 54. And not just take a lead, but a lead that was helped built on the arm of Jimmy Garoppolo.

Yes, the same Garoppolo who only threw 8 passes in the Conference Championship game two weeks ago, was actually having a better overall game than Patrick Mahomes was.

Through three quarters, Garoppolo completed 17 of 20 passes for 183 yards with one touchdown pass and one interception.

But then the 4th quarter got rolling, and the play calling became suspect, and Garoppolo misfired and saw on onslaught of pressure from the Chiefs defensive line. The result- three completions on 11 attempts for 36 yards and an interception.

And that’s when the Garoppolo doubters, haters, and opportunists pounced.

On Twitter, I saw one post call Garoppolo just a modern day version of Rex Grossman.  HA! A Rex Grossman reference in 2020, good one.  Everybody jumped on the Garoppolo “is overpaid and overrated” bandwagon, and it filled up pretty quick.

Is Garoppolo solely to blame for the 49ers Super Bowl loss?   His 4th quarter doesn’t help, that’s for sure.  He didn’t even attempt a throw to George Kittle on a key third down, when Kittle was open, instead throwing the ball away.  Garoppolo also missed a wide open Emmanuel Sanders for a would be go-ahead touchdown with under two minutes left to play.

For a season that saw Garoppolo lead the league in 4th quarter comebacks, it was a rather anti-climactic ending.  You’ve got to believe all 49er fans thought it was going to end just as it did against Pittsburgh, Los Angeles, New Orleans, and Arizona, but not on Sunday.

The haters had their day, their moment.  “Told you”, will be their battle cry.  Heck, even the Chiefs’ Frank Clark got involved:

“You’re paying the guy $140 million, $130 million, whatever he is getting paid, he gotta throw the ball,” he said to FOX Sports. “Obviously, he didn’t do that. They threw for about 200 yards on check downs. That ain’t enough to win games against us. We’re Super Bowl champions.”

Others reacted as well, mostly in a negative light.

For Garoppolo, he has no choice but to deal with the doubt.  Many have before him, many will after.  Some have silenced their critics, like Steve Young, others strengthen the argument.

What will become of Garoppolo?  We’ll find out soon enough.