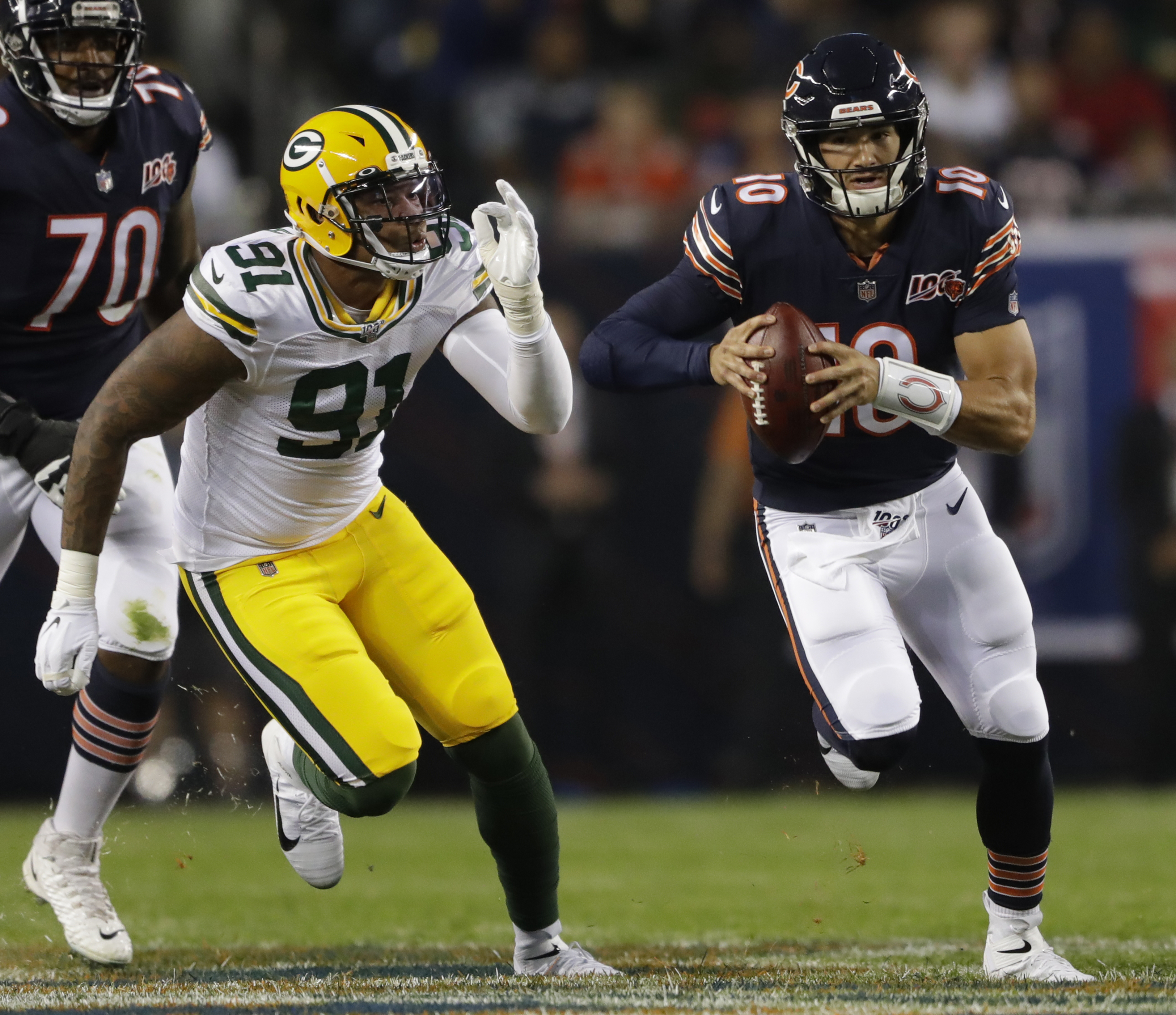 The Green Bay Packers were very active in free agency heading into the 2019 season. GM Brian Gutekunst went out and signed four big-ticket free agents and all of them became immediate starters. The Packers hadn’t taken that big a dip into the free agent pool in recent memory as the team had cap space and some big holes to fill on the roster this past season. Here is a look at the free agents and trades Gutekunst made during the offseason and how they look after the season has ended.

Za’Darius Smith was signed as a free agent from the Baltimore Ravens. The 27-year-old Kentucky alum went on to have a career year, recording 55 tackles and 13.5 sacks.

Smith provided consistent pressure on the quarterback even when he didn’t make a sack. He managed 50 quarterback pressures, 13 hurries and 22 knock downs according to Pro Football Reference.

There were games that Za’Darius was completely dominant. The best example was the division-clinching win over the Vikings in Week 16 that saw him record 3.5 sacks and seven total tackles including five tackles for loss. He also added two more sacks in the playoff win over the Seahawks.

Because Za’Darius could line up as an edge rusher or on the inside on obvious passing downs, the Packers defense had a variety of ways to rush opposing passes and was able to create favorable matchups in the pass rush.

Za’Darius also helped change the chemistry in the Packers locker room, making the team more cohesive and making the atmosphere around the team much more fun.

You couldn’t ask for much more from a free agent signing.

Preston Smith joined the Packers from Washington and immediately upgraded the team at edge rusher/OLB. Like fellow “Smith Brother” Za’Darius, Preston enjoyed a career year in his first campaign in Green Bay and helped change the atmosphere in the Packers locker room for the better.

Preston finished the season with 56 total tackles, 12 quarterback sacks and one interception. The 12 sacks are a new career best, beating his old total of eight in a season. Preston was also credited with 11 quarterback hurries, nine knockdowns and 34 pressures.

Preston dropped into coverage more than Za’Darius did and he played well when doing so. His ability to line up in different positions and play different roles helped give defensive coordinator Mike Pettine more options when calling defenses.

Amos came over from the Chicago Bears and gave the Packers secondary some badly needed consistency and reliability at the safety position.

The Penn State product led the Packers secondary and was second on the team overall with 81 total tackles. He added two interceptions and one quarterback sack while breaking up eight passes.

His most memorable play of the season took place in Week 1 when he intercepted Mitch Trubisky in the end zone to clinch the Packers season-opening victory over the Bears.

As expected, Amos did not make as many big plays as the man he was brought in to replace, former first round pick Ha Ha Clinton-Dix. However, Amos was not caught out of position as often as Clinton-Dix was in Green Bay and his consistency gave the Packers the freedom to do more on defense knowing Amos would be back there in the right place on any given play.

The Packers added Turner from the Denver Broncos. He was the only big-ticket free agent added to the offensive side of the ball. Turner’s versatility is an asset as he can play tackle in addition to guard.

The North Dakota State product started all 16 games for the Packers and rarely missed a snap all season. He was installed at right guard and helped solidify the position which was a revolving door in 2018.

Turner struggled at times, but once he settled in and learned the offense, he became a consistent player at right guard.

He also was very popular in the locker room and helped add to the positive atmosphere surrounding the team this past season.

The Packers traded Gilbert to Tennessee just before cutdown day in August. The Packers newly added depth at edge rusher made Gilbert expendable and it is doubtful the Arizona alum would have made the Green Bay roster.

Gilbert played in 11 games for the Titans, starting five of them. He registered 18 total tackles and one sack.

Getting a seventh-round pick for a player the Packers would have cut anyway is a good move by Gutekunst.

McCray was another player who probably wouldn’t have made the Packers final roster so Gutekunst send him to the Browns for a conditional seventh-round pick.

McCray played in 15 contests for Cleveland and started four games.

Again, to get anything in return for a player that wasn’t going to make the final roster is a good move and McCray remained a backup with the Browns.

The Packers acquired Goodson to fill the ILB spot next to Blake Martinez when Oren Burks was injured again in the preseason. Goodson appeared in 15 games for the Packers, starting nine of them. He finished the season with 35 total tackles and usually came off the field when the defense went into nickel or dime formations.

Goodson filled in at ILB and is a replacement level player. The Packers didn’t give up much for the Clemson alum so while Goodson may not be back in 2020, he filled a need by stepping in and starting for most of the season.