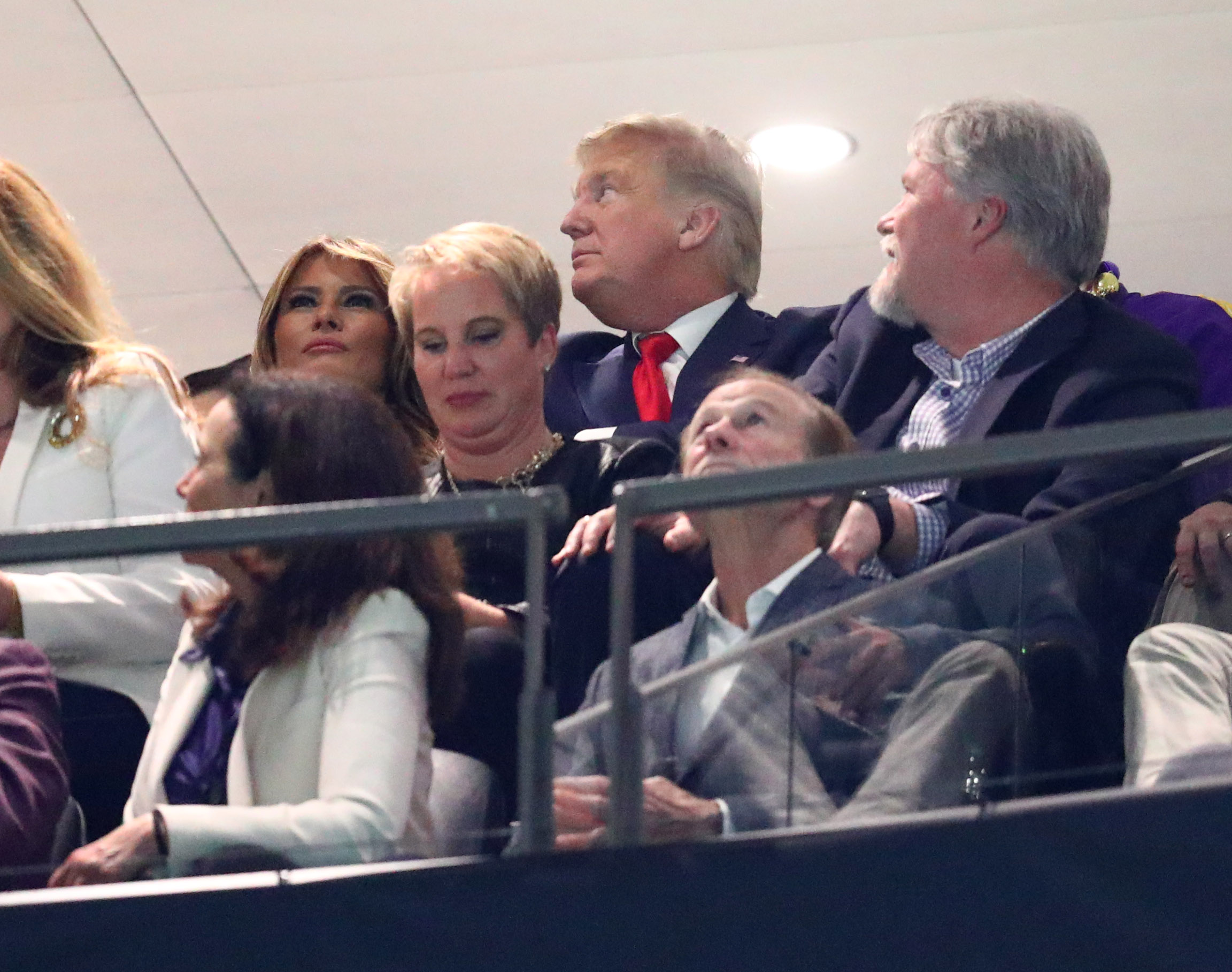 There was a lot of talk about whether or not President Donald Trump would attend Super Bowl LIV at Hard Rock Stadium, as he hosted an epic party in South Florida over the weekend, so he was in the area.

It turns out that Trump did not attend the epic showdown between the 49ers and Chiefs, which was a bit surprising, as he hit up the College Football Playoff National Championship Game, watching LSU torch Clemson’s defense early and often.

He did congratulate the Chiefs on their 31-20 win after the game. However, he was roasted on social media, as he mistook Missouri for Kansas in that particular tweet, as you can see below.

POTUS backtracked after his social media mistake soon after, though — admitting that the Chiefs are based out of Kansas City Missouri — not Kansas.

It’s hard being the President, so we feel for him, even though he got skewered on social media over his inaccurate tweet.