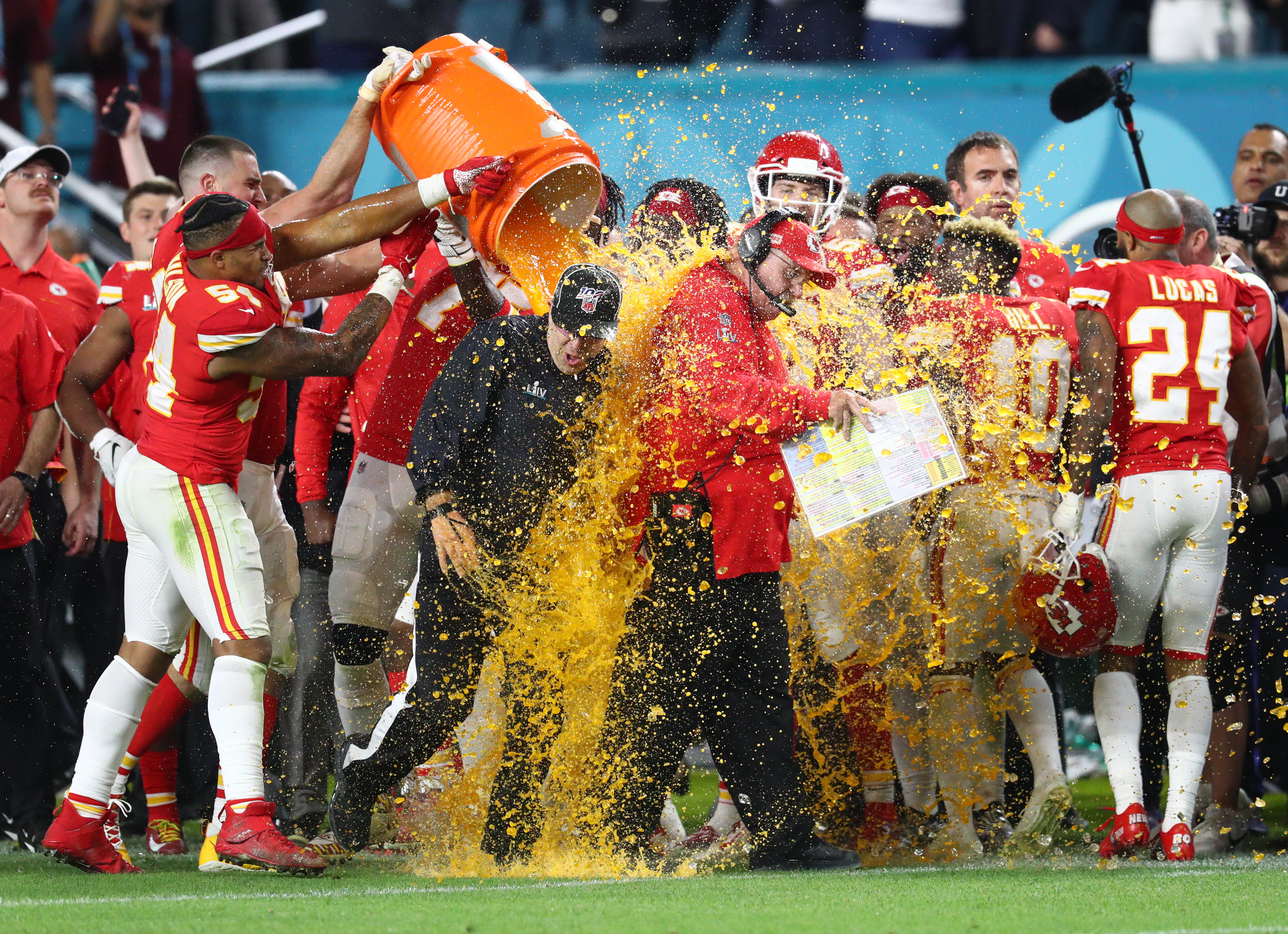 The Chiefs’ two biggest offseason acquisitions on the defensive side of the ball during the offseason have quickly developed into their biggest leaders, and they showed major love to their head coach after his first Super Bowl win.

Andy Reid came up short in his first Super Bowl, with the Eagles, in squaring off against the Patriots in Super Bowl XXXIX, but he clearly learned from that defeat, and used it to coach circles around Kyle Shanahan in the second half of Sunday’s game. The Chiefs outscored the 49ers 21-0 in the fourth quarter of Super Bowl LIV, and it’s fair to wonder if Shanahan will ever live this loss, as well as the one he suffered three years ago with the Falcons, down.

On the other side of the fence, though, Reid’s victory secured his spot in the Pro Football Hall of Fame. He’s one of the winningest coaches in NFL history, and also is a high character guy, which is why so many casual fans were rooting for the Chiefs on Sunday. Mathieu explained what makes Reid so great after Sunday’s game.

“My coach, being a fan of his before I came here and now, the fact that he’s able to have a championship … It’s just an honor to bring coach a championship,” he said. “He’s been doing this for years man, that man finally got him one.”

It’s great to see Big Red getting some shine from his players and the public alike.