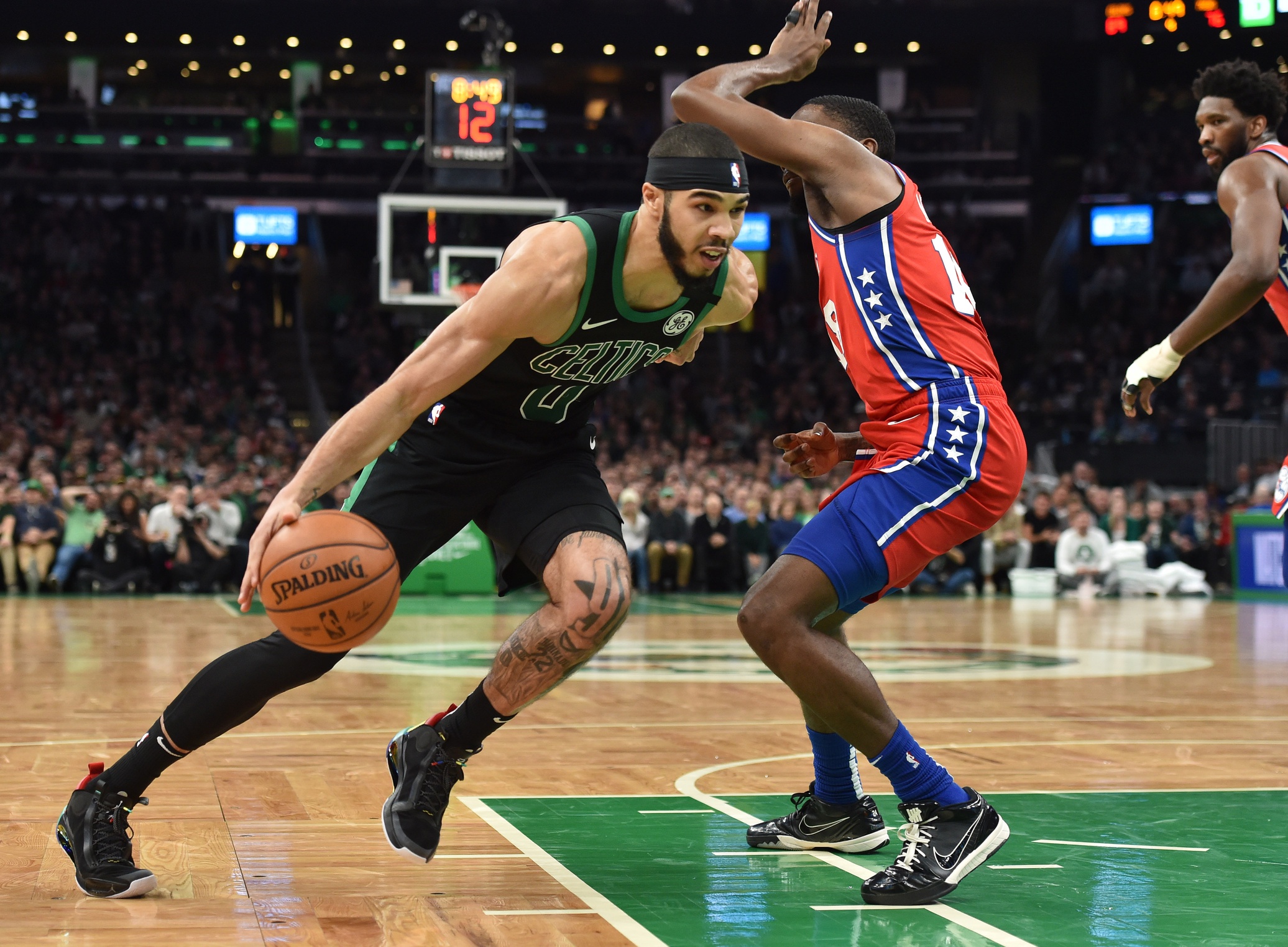 We typically offer 5 Rational Thoughts following every Celtics game. A collection of measured takes on some of the high and low points of the game.

This is not that post. At all. I’m here to gush and point fingers following the Celtics 116-95 win over the 76ers on Saturday night.

1. Jayson Tatum has my unwavering confidence

Saturday night’s game vs Philly was HUGE for everyone’s psyche. Without Kemba Walker, the Celtics were underdogs and at serious risk of a season sweep. But JT walked into the building this night, and on a national stage against a huge rival, held us tight to his warm bosom and whispered, “Not on my watch.” The man set the tone early by ripping off 9 consecutive points during the 1st quarter and emphatically punctuated his performance with a thunderous dunk on Al Horford. This is what franchise cornerstone, superstar players do.

Not so long ago, we openly wondered about JB’s ball-handling. Shooting and ball-handling were the big concerns about his offensive game. Wonder no more. Brown blenderized Philly’s new defensive wunderkind, Matisse Thybulle.

Crossing Thybulle was impressive, but this move by Jaylen Brown was pretty nice too. pic.twitter.com/JbKPiiG7P5

For more gushing about Brown’s work ethic and Tatum’s performance, check out the opening portion of the latest Locked On Celtics podcast.

3. The swagger reached the bench

Wanamaker with the JAM 🔨 pic.twitter.com/qAc1sF7yYH

It’s no secret that Philadelphia, despite championship expectations, is having trouble finding their rhythm. The 76ers remain stuck in 6th place in the Eastern Conference. Rather than call out Embiid myself, I’ll share the words of 76ers beat writer Keith Pompey:

But he really looked out of sorts against the Celtics. Not only was Embiid once again a victim of the Sixers’ poor spacing, he shot the ball poorly. Defensively, he was usually a step slow or out of position. It also appeared that he became overly cautious with his left hand.

Jaylen Brown had the Sixers (and Marcus Smart) dancing 🕺 pic.twitter.com/QxJuvZ9lrv

This team loves to compete and have fun. It’s such a refreshing feeling following last year’s doldrums.