Your Morning Dump... Where trade rumors are flying and Gordon Hayward is staying quiet 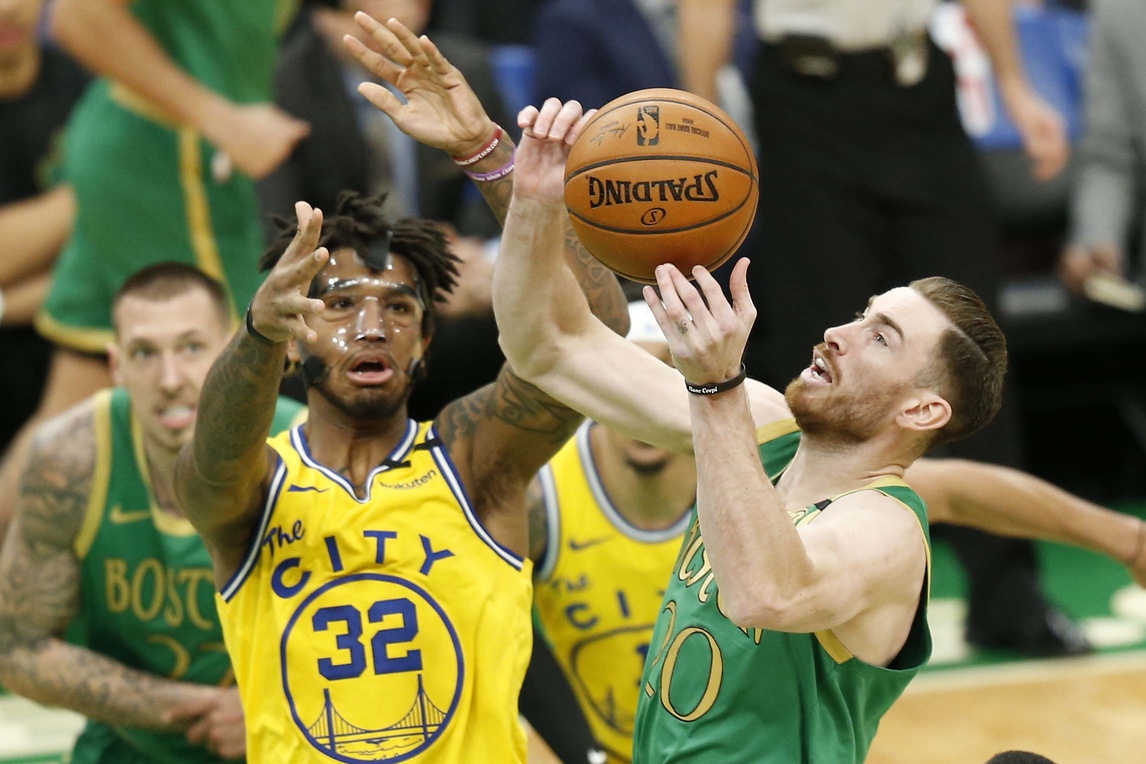 Your Morning Dump... Where trade rumors are flying and Gordon Hayward is staying quiet

Surely, however, his offseason plan could factor into what the Celtics might or might not be willing to consider. It’s therefore important to know how Hayward will deal with his decision. He has $34,187,085 on his deal for next season, but can sever the contract and become an unrestricted free agent again.

There is much for him to consider, including the family with the daughters than run to greet daddy in the Garden hallway after home games. His next deal is about more than basketball; it’s about security, too.

“It’s something for sure I’ll have to think about, but I’m not thinking about it at all right now,” Hayward said.

Once again, Gordon Hayward refuses to take the bait when asked about his contract situation. It’s the smart play for a guy trying to stay in his grove.

Aside from a 1-11 stinker vs Philly, Hayward has been electric recently. He’s averaging 18 ppg on 48/37% shooting over his last ten games.

We’re a week away from the trade deadline and the rumors are flying. In the last 24 hours, we’ve seen renewed speculation around Clint Capela, Andre Drummond, and Myles Turner – all bigs once linked to Boston.

I’m not willing to trade Hayward (or Smart) for any of those guys. This team is far from desperate or in need of a jolt. They’re 33-15 (5th best in the league, 2nd best differential) with a top 5 offense and defense.

That all changes if Hayward has expressed any interest in opt-ing out to explore his options. But I strongly doubt that’s the case. John and I delve into this topic in the new Locked On Celtics podcast.

If that’s not enough for you, we kept speculating about what $$ it might take to get Hayward to opt-out and re-sign on a longer-term (4-5 years?) with a team-friendly AAV ($17-20 million?).

It’s always about the money, but I did find one report that Utah offered “Hayward not only a max contract but also the ability to structure the contract any way he wanted” in 2017. With the Celtics winning, it’s possible Gordon would want to stay with his BFF head coach.

PS: If I said anything stupid, don’t hold it against me. I was completely unaware John was recording this conversation. I was also distracted by Shakira and J-Lo.

On Page 2, we’re all gushing about Jaylen Brown’s improvement.

He dropped a game-high 32 points on the Philadelphia 76ers on Saturday with an array of dribble-drive moves that allowed him to get directly to the rim. And while Brown’s numbers across the board have improved — partially helped by playing nearly eight minutes per game more than last season — his ballhandling has been the most distinctive upgrade.

Coming out of Cal, Brown was considered a proverbial bull in a china shop, with not a lot of finesse to his drives. Brown challenged defenders to take charges or reach in for the steal. That wasn’t effective at the NBA level. Players who were equally as athletic sensed his weaker handle and simply ripped the ball away from him.

With the help of the Celtics’ assistant coach Tony Dobbins, Brown worked feverishly on his ballhandling daily. The results are evident. Brown attacks the basket more comfortably, and there are moments such as his eye-popping, head-shaking drive against Philadelphia’s Matisse Thybulle, whom he shook for an easy dunk.

In the podcast embedded above, you’ll find me gushing about Jaylen Brown’s improved play.

Contrast this with another high profile rookie from the same draft class who refuses to address the glaring weakness in his game.