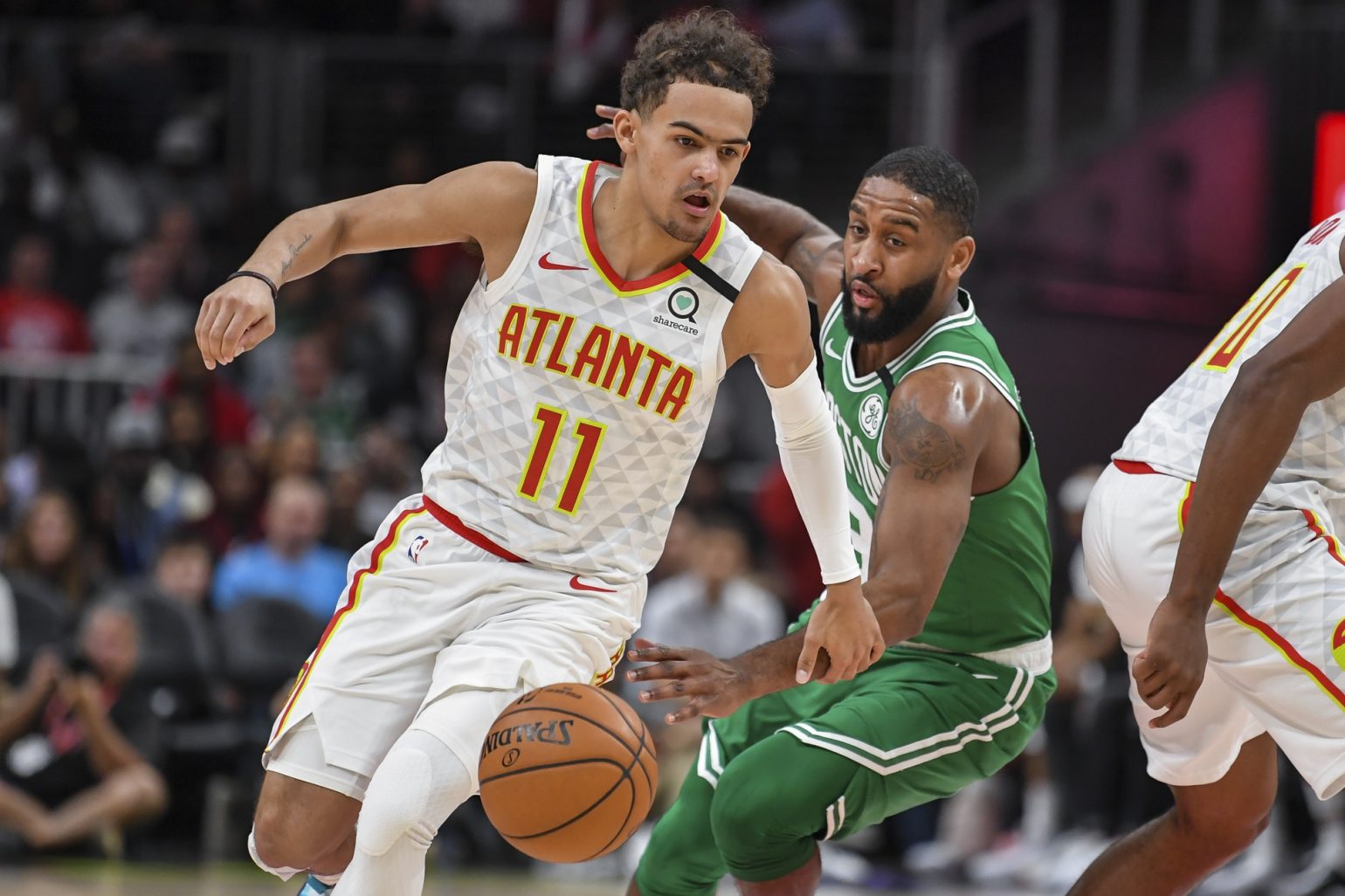 Coming in late again; all apologies. (Still earlier than the complete caucus results, tho.) So we’re gonna talk not only about the Celtics’ victory against the Hawks, but also how these things could factor into Wednesday’s game against the hard-to-predict Orlando Magic. Let’s go:

The importance of star quality
What do you do when you’re down your obvious best player, in Kemba Walker, and also can’t turn to Marcus Smart as primary backup ballhandler and defensive maestro? If you’re the Celtics, you turn to…your three other stars, none of whom are any team’s No. 1 option (at least not yet, in Jayson Tatum’s case) but all reasonably describable as 1As or No. 2s. Tatum, Jaylen Brown and Gordon Hayward knew they’d be relied upon, and delivered:

These three not only lit up the points section but also took care of a lot of rebounding, which was essential given Enes Kanter’s limited minutes and the Theis ankle-injury scare. Gordon scored early and often in the first half when offense wasn’t as robust, while the Jays led a massive Boston lead in Q3 and individually stopped the Hawks’ attempt at a Q4 run with key down-to-the-wire jumpers.

Obvious caveat that this was just the Hawks—but a few days ago, also without Kemba, they played a Sixers team near full strength and absolutely waxed them. I don’t think the Magic pose any sort of Herculean challenge with Jaylen, Jayson and Gordon operating as well as they have been for the last two weeks or so. (That said, the Hawks are among the league’s worst defenses, whereas Orlando currently has the NBA’s best defense by points allowed per game. So it’ll be tougher to drop 120+ on ’em; I just still believe it can be done.)

The reserve guards came to play
Brad Wanamaker has undeniably been a little bit uneven at various points, particularly of late, albeit while being a solid backup overall when viewed in the context of the whole season. Last night he most definitely took advantage of the opportunity offered him and came to ball:

In addition to the scoring, he clocked 3 boards, 5 dimes and 4 steals (!) for a +15. His speed and ease of movement in transition was invaluable against a run-and-gun Hawks and could have similar utility on defense against a speedy guard like Orlando’s Markelle Fultz.

Tremont Waters had fewer minutes and much less noticeable stats, but still impressed due to his adeptness at fundamental aspects of floor generalship that more than a few rookie point guards—including plenty picked far higher than No. 51—don’t possess. Like, do you see No. 5 pick Darius Garland looking as confident for the Cleveland Cavaliers as Waters does for the Celtics? Yeah, exactly. (That said, his defense, loose-ball-diving aside, still leaves much to be desired.)

Enes Kanter making an argument not to be traded?
I asked a similar question jokingly in the game story, but honestly wondered if it was the case. Kanter is Extremely Online in a way unlike any other Celtic, knowing full well A. there was trade speculation about Clint Capela yesterday afternoon and B. he would probably be out the door in such a deal. If asked about he’d be coy, but…trust me. He knows, and probably has feelings about it, many of them negative.

Regardless, Kanter did well in his 15 minutes and change last night. He scored 8 much-needed points in a portion of the second quarter where many other Celtics couldn’t get shots going, and grabbed 9 boards, 5 of them on the offensive glass. He also executed a nice pass out of the high post to Tatum, who canned an open triple, even though I’m sure part of him wanted to get further into the post and bang against John Collins or Damian Jones. It’s the sort of small but noteworthy good decision-making his critics have wanted to see from him.

Clustered turnovers almost let the Hawks back in
At the game’s end, the Celtics had fewer turnovers than the Hawks (15 to the latter’s 17)…but many of those 15 were in Q4. All of those late-game fumbles were major embarrassments, which Atlanta almost exclusively turned into scoring opportunities and nearly stole Boston’s momentum (and eventual win).

Orlando doesn’t turn the ball over much at all (they’re currently the league’s best team in this regard), and they’re on the higher end in terms of forcing turnovers (12th). So that’s a challenge. Boston must remain on the lookout for steals, deflections and other defensive disruptions from Evan Fournier, Aaron Gordon and especially Fultz. Maintaining uninterrupted ball movement has to be the strategy.

Grant’s best game thus far?
While not his highest-scoring effort (that’d be the 18 he dropped on Detroit in a massive blowout), last night against the Hawks might’ve been the best Grant Williams game yet, in terms of exhibiting his potential.

The line itself was arguably modest: 13-6-2-1-2, 67% shooting on 6-of-9 (nice) attempts, marred slightly by 2 TOs, 4 PFs and just +1 in about 24.5 minutes. But—he said for the zillionth time—Grant’s impact extends well outside the box score. Plus, that line is impressively well-rounded, including two pivotal blocks. Depending on the Wednesday injury report, which currently looks…not great, Brad Stevens may turn to Grant for considerable minutes yet again.