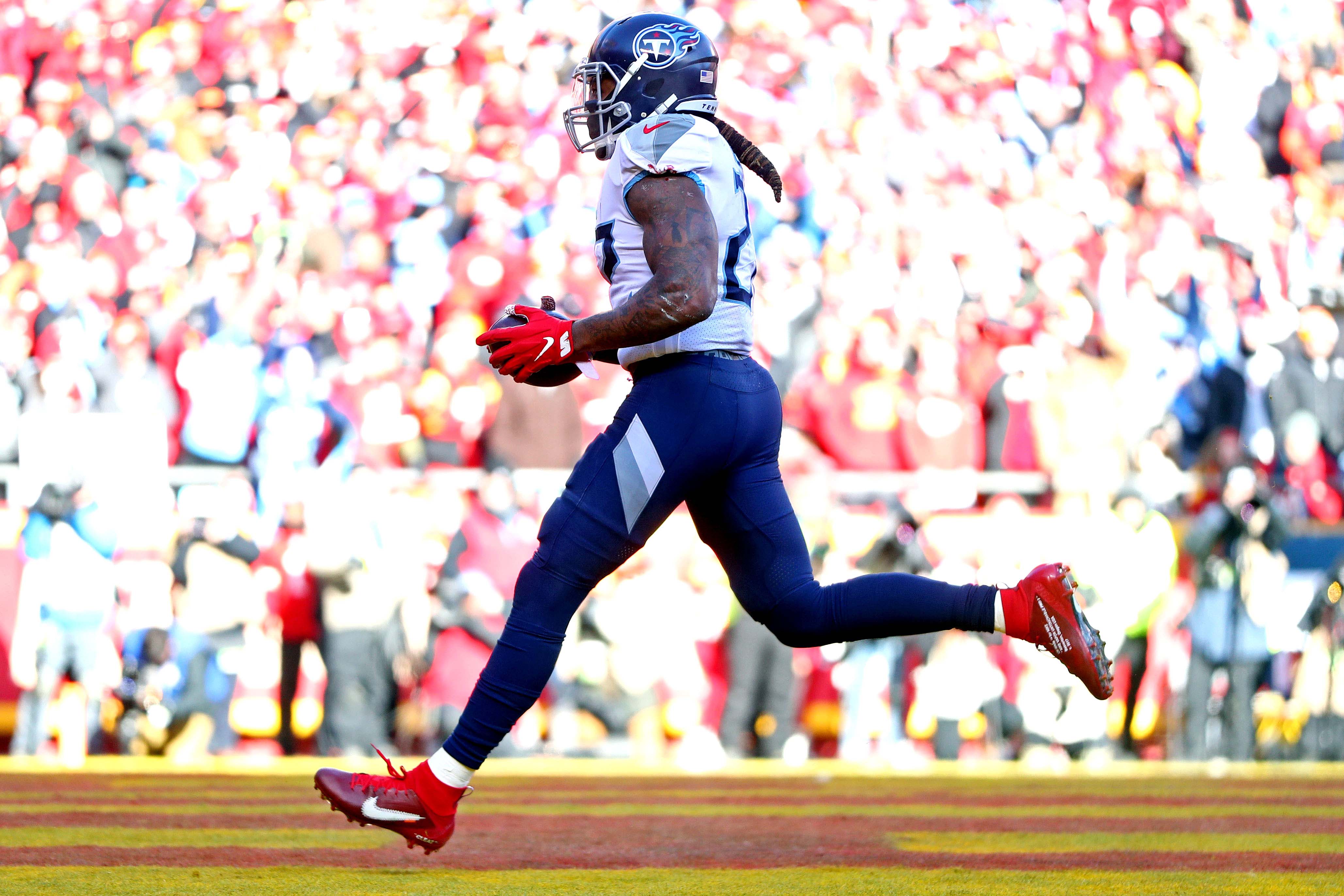 The Titans have made it clear they want to re-sign running back Derrick Henry (as well as retain Ryan Fitzpatrick) to build their offense around in the future, but it’s going to cost a pretty penny to do so.

Tennessee built its offensive line around guys that can push the pile and open up holes for Henry, so it’s hard to see them letting him walk in free agency. Henry likely knows he has tons of leverage, given how he finished the season — putting the team on his back and carrying them to the AFC title game — and he’ll use that to his advantage.

The last running back to get paid was Cowboys star Ezekiel Elliott, who earned a six-year, $90 million deal. Apparently, Henry wants at least that much money, if not more, as he stated that’s his “floor.”

Henry also stated that he does not plan to test the free-agent market, and wants to remain in Tennessee.

“I hope they prevent it from happening,” Henry said. “I love the state of Tennessee. We’ll see what happens, though.”

He’s saying all the right things, and it’s hard to see him playing elsewhere.