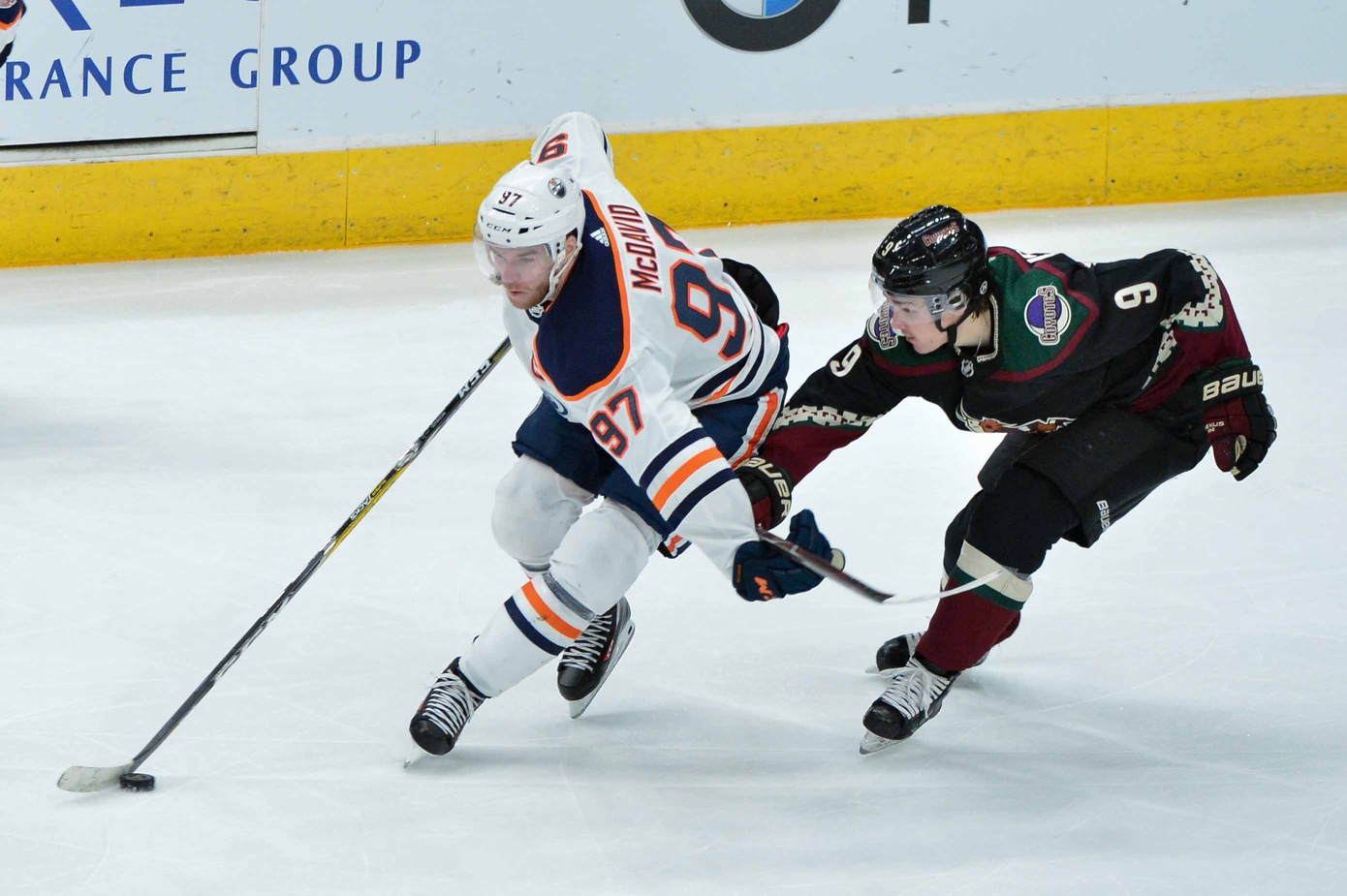 The Edmonton Oilers are coming off of their most impressive two-game stretch of the season. After beating the St. Louis Blues 4-2 on Friday, the Oilers crushed the Calgary Flames and beat them up physically on Saturday. Edmonton is now 8-1-2 in their last eleven games.

Tonight, the Oilers wrap up the season series with the Arizona Coyotes. It is the fourth and final meeting this season, and the second down in Glendale. The Oilers are 2-0-1 against their divisional rivals this season, including a 7-3 blowout at Rogers Place on January 18th.

Mike Smith gets the start for the Oilers, while Antti Raanta gets the go for the Coyotes.

Edmonton: Avoid the emotional letdown. Saturday night was a hotly contested Battle of Alberta and it would be easy to look beyond this game. The Oilers absolutely need these two points and can really start to build a cushion with a win tonight. They need the same level of intensity as Friday and Saturday. They cannot afford a letdown emotionally.

Arizona: Protect the house better. The Coyotes have lost five straight games and have been outplayed in every one of them. Arizona needs to get back to basics and lock things down defensively. They don’t have the firepower to go toe-to-toe with teams like Vancouver, Calgary and Edmonton. If Arizona wants back into the win column, they need to lock it down and get physical.

Edmonton: Kailer Yamamoto is working on a four-game point streak. Since his recall, the winger has ten points (5-5-10) and has helped stabilize the second line. Yamamoto had a goal on Saturday and was all over the ice against the Flames. Can he keep this torrid pace up and have an impact in another divisional game?

Arizona: Where in the world is Phil Kessel? The veteran winger has scored just two goals in 2020, both coming against the Sharks on January 14th. Kessel has simply not contributed to a team desperate for offense. He has to get going if they want to stay in the race. Is tonight the night Kessel wakes up?

Kris Russell (concussion) and Joakim Nygard (hand) both remain on the IR and will not play tonight. William Lagesson is scratched defensively, while James Neal is still dealing with a nagging hand injury and is unlikely to play. Tyler Benson is slated to be a healthy scratch for the third game in a row.

Arizona’s got a problem on their hands. Franchise defenseman Oliver Ekman-Larsson (lower-body) is currently out of the lineup. Barrett Hayton (shoulder) is currently on LTIR, while Ilya Lyubushkin (illness) is listed as day-to-day.

“We got through the half-way point and made a couple of adjustments on things,” Head Coach Dave Tippett told the team’s website Saturday. “We kind of tweaked our lines a bit and really got into a rhythm. We’ve played well and our team feels a little more balanced right now. Our goaltending’s been solid, so it’s been a real team effort.”

Three Oilers lead the way against the Coyotes this season. Two of those offensive leaders, Connor McDavid (3-1-4) and Leon Draisaitl (0-4-4), you would expect. The third? Riley Sheahan, who also has four points (1-3-4) in three games against Arizona.

Draisaitl is now the NHL’s points leader. The German forward is also riding an eleven-game point streak in which he has posted 19 points (7-12-19). He has a four point lead on Connor McDavid (83 to 79) for the team and league lead.