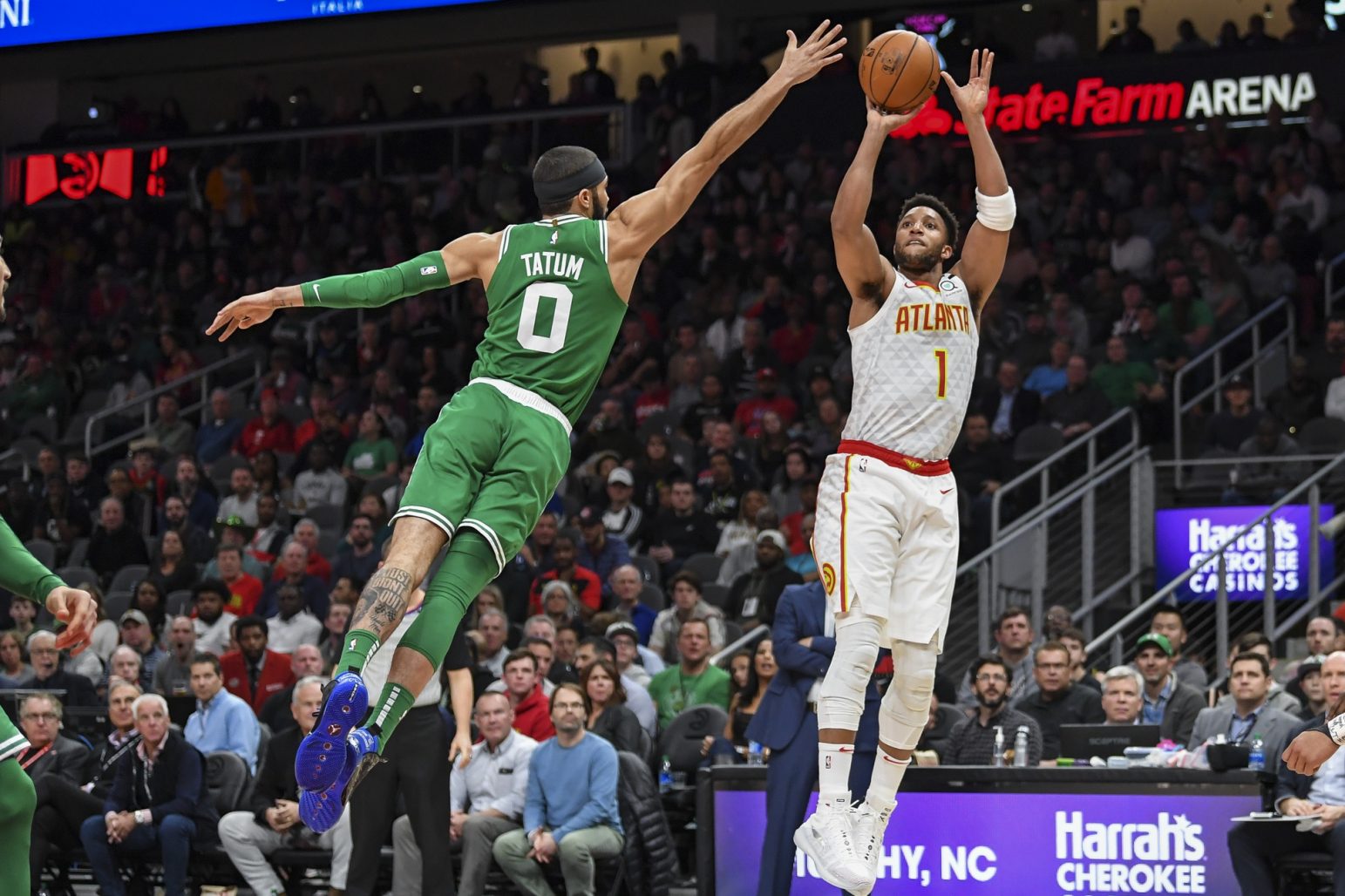 Kemba Walker out? Marcus Smart out? Javonte Green starting? Let’s get nuts. In an entertainingly close contest with the Atlanta Hawks, the Boston Celtics pulled a 123-115 win out of what could’ve been a scheduled loss. Although the Cs did have some dominant performances (28-7-3 for Jayson Tatum, 24-7-6 for Gordon Hayward and 21-5-0 for Jaylen Brown), this was a real team win, with just about everyone contributing in one way or another. They certainly needed to, what with Trae Young dropping 34-3-7 on them and backed up by big performances from Kevin Huerter and John Collins (23 and 22 points, respectively).

After the Celtics shut the Hawks out 5-0 for the first two minutes or so, Young led ATL on a 12-4 run, often pulling up from Steph length:

Trae is right at home shooting from the logo 🎯 (via @ESPNNBA) pic.twitter.com/3ybPvwYgQJ

It kinda became a three-point duel for the remainder of Q1, in which the teams traded leads while seeing who could shoot the cockiest triple. (Spoiler alert: Regardless of the game’s final result, Trae Young wins that contest.)

Young has 14 points already on 5-6 overall and 3-4 from three. If he keeps this up, Stevens might want to try Waters on him as a change of pace. Just to mix things up a little bit. But when a guy is draining from 30 feet and out, not much you can do.

Due to some laissez-faire Boston defense and Trae Young scoring 17 in the quarter, ’twas 32-28 Atlanta after 12 minutes of basketball.

Obviously he heard about all of the fake trades you put him in and was motivated.

The Hawks, meanwhile, kept blasting away from three-point land. Then the Celtics got a 9-0 run, capping it off with this outrageous YAM on Kevin Huerter (who I’m still convinced is, like, 16 years old tops; it’s weird).

Jayson a little frustrated, faces up on Huerter, and slams it home pic.twitter.com/2avFT0IwkJ

And then the Hawks made more threes. It was just a low-defense, run-and-gun kinda game. (Which makes sense for the Hawks, since they lack good defensive players; not so much for the Celtics, who do not suffer from such a problem.)

With the team’s two best guards out, the Celtics had to run point guard by committee, and at various moments both Waters and Brad Wanamaker really showed out. The Cs also scored by committee, with everyone contributing somewhat but no one dominating.With the Hawks’s hot shooting from deep, it remained awfully tight in Atlanta at the half.

Let's try that one more time …
EARLY RETURNS: The #Hawks get a buzzer-beater to end the half, with the #Celtics trailing 62-60.
⬆️Celtics bench (26-10 edge in bench points)
⬆️Gordon Hayward (team-high 13 points)
⬆️ Trae Young (game-high 23 points)

The Jays were gonna have to be difference-makers in the second half, a truth which they quickly realized and acted upon:

Jayson with 8 in the first 2:30 of the quarter. Destroying worlds pic.twitter.com/dgXB6UNcjO

Boston has scored 19 points in 4:34 of the third quarter.

It was all going so well.

And then, after taking a half-dozen random (albeit unintentional) shots around the face from Hawks players, Daniel Theis tried to contest Young at the rim, fell funny and messed up his ankle. Because that’s really, really what the Celtics need right now. (Theis returned to the bench, but did not take the floor again.)

On the lighter side…

Tatum is shooting 6/9 in the 3rd quarter pic.twitter.com/iUHaC4Cun5

What made the difference for the Celtics in the third—aside from making 14 of 19 field goals—was going for more in the paint and on the fast break. The Hawks didn’t slow down all that much from their first-half blitz in terms of scoring, but overall went even more into “defense-optional” mode, which the Cs capitalized upon.

Grant does not often have major highlight plays, as his promise lies more in how adeptly he executes fundamental stuff, but LORDY LOOK AT THAT JAM. Said fundamentals are a lot of what kept the Celtics ahead of the Hawks for much of the final quarter.

Not sure what happened to Jaylen Brown, but he's moving sort of gingerly out there.

Celtics have turned it over on 4 straight trips and the Hawks are back within 2.

Boston got a little sloppy in Q4, particularly in terms of ball control, as noted above, which gave Atlanta enough room to go on a major run and get within two. Once Tatum returned to the floor, he and Hayward made a series of big jump shots that stabilized things somewhat.

That also helped. Atlanta wasn’t going to give up without a brutal fight in the final two minutes, not with Young, Huerter and Collins shooting so well, but in the end, key buckets from Williams and Tatum sealed the deal.