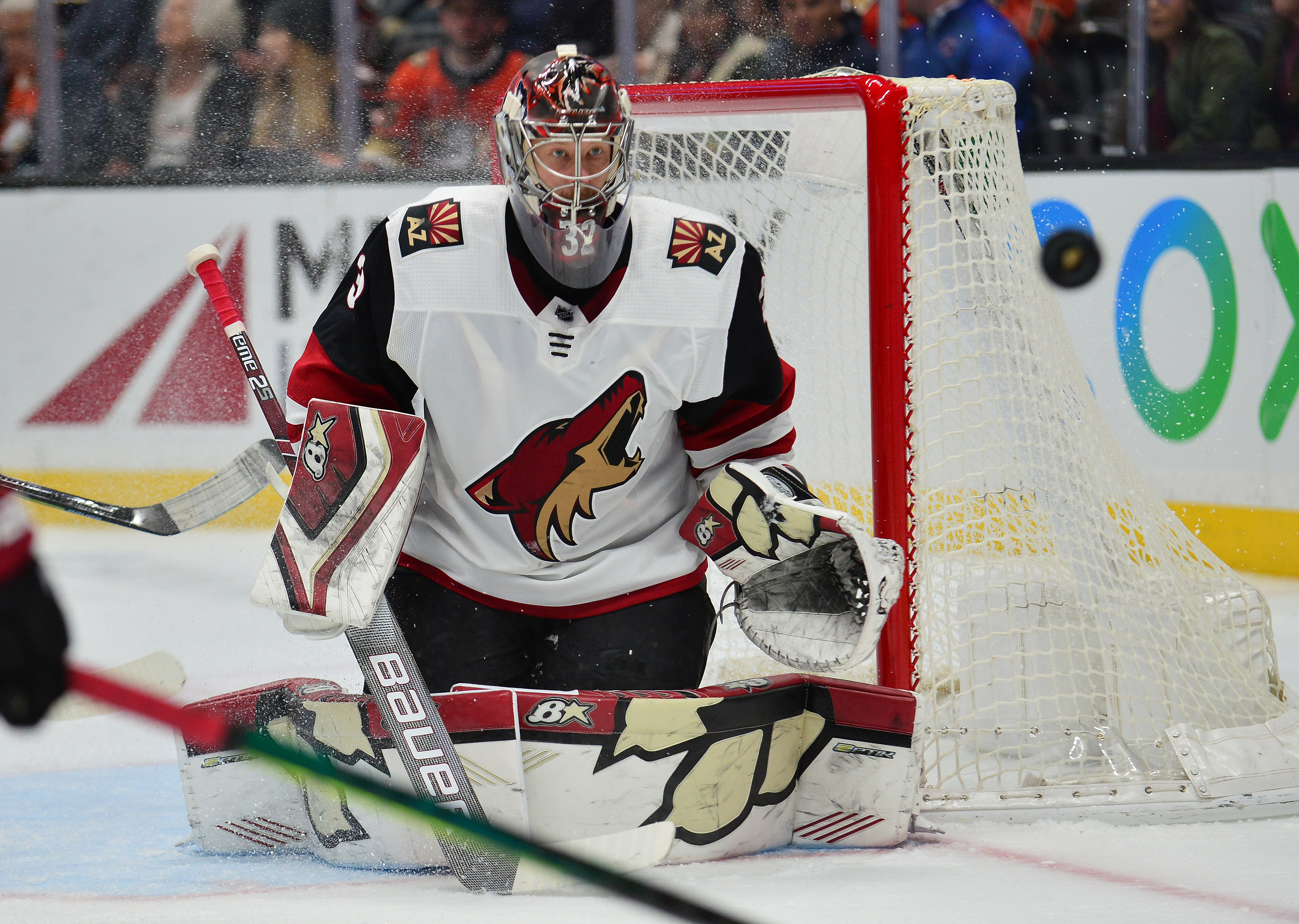 Raanta made four saves in the first period, 14 saves in the second period and 12 saves in the third period. Three Oilers led the team in shots on goal with four each. They were Darnell Nurse, Leon Draisaitl and Ryan Nugent-Hopkins.

Offensively for the Coyotes, Arizona got goals from Christian Dvorak of Palos Township, IL, Lawson Crouse of London, Ontario and Conor Garland of Scituate, MA. Crouse led the Coyotes in scoring as he had two points for a multi-point game. In addition to an unassisted shorthanded goal at 6:58 of the second period, Garland had the lone assist on Dvorak’s empty net goal with 2:11 left in the third period.

This was Raanta’s second shutout of the season. He previously made 31 saves for the shutout in a 3-0 Coyotes win over the Los Angeles Kings on November 18.

On the season, Raanta has a record of 10 wins, 11 regulation losses and three losses in extra time. He also has two shutouts, a goals against average of 2.80 and a save percentage of .917.

This was Raanta’s first win since January 4. The Coyotes number one goaltender, Darcy Kuemper of Saskatoon, Saskatchewan, has been out since December 19 with a lower body injury.

The Coyotes win over the Edmonton Oilers on Tuesday could be considered surprising. Not just that they beat the Oilers, but that they shut them out. That is because the Oilers just scored eight goals on Saturday in Calgary and have the best power play in the National Hockey League at 28.9%.