Think twice about putting Semi in your TradeMachine 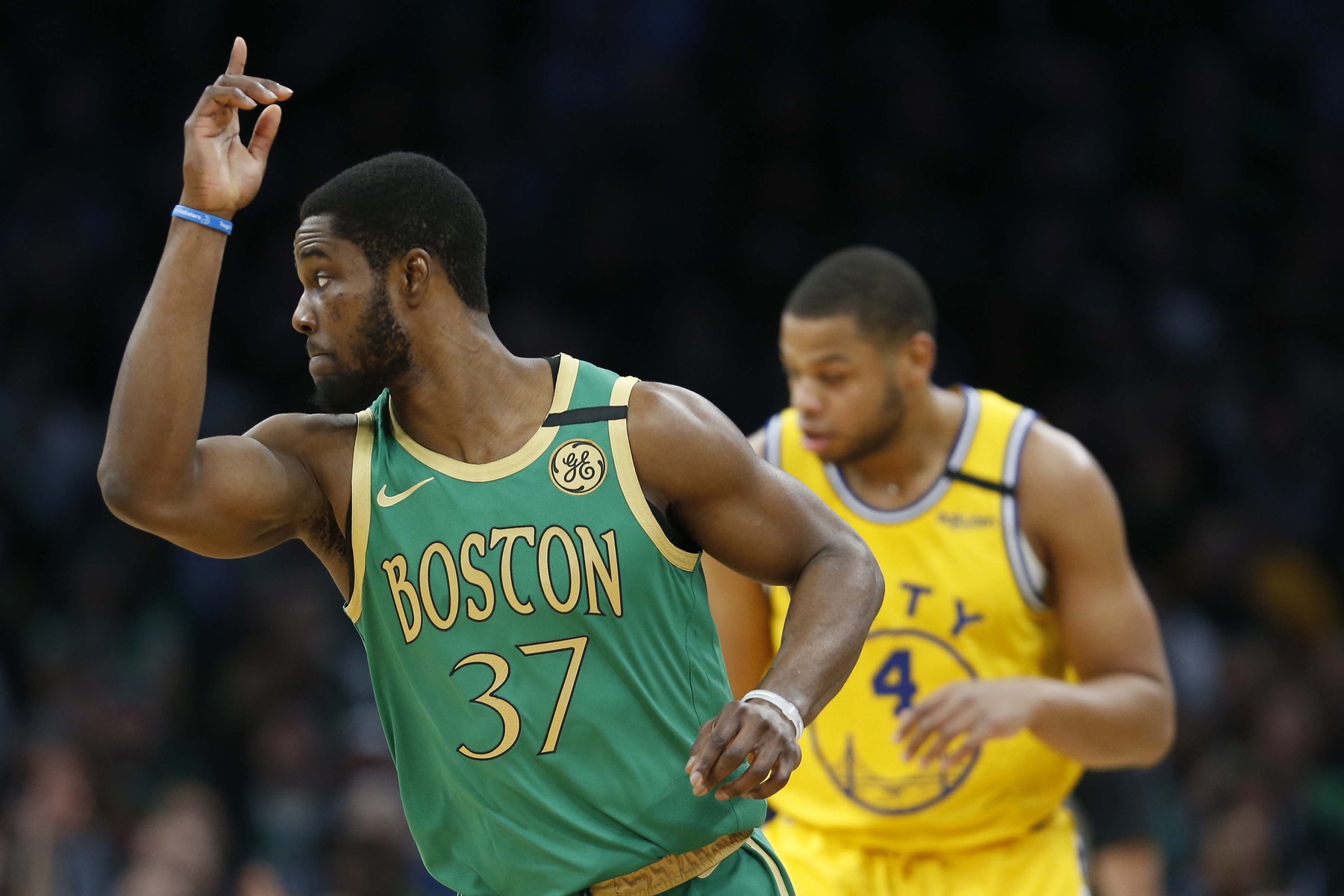 Think twice about putting Semi in your TradeMachine

Now in his third year as a Celtic, many hoped Semi Ojeleye would develop into a more reliable role player. After all, he certainly has the physique. As it turns out, Semi has been giving solid minutes for the last few weeks.

Upon first glance, Jesusemilore Talodabijesu Ojeleye (yes, that is his birth name) does not have eye-popping numbers. For the season, he is averaging a tick over 3.0 points per game on 35.6 percent shooting from deep in just over 15 nightly minutes. Nothing to write home about.

A deeper look will tell you why Brad Stevens has played him in 47 games and started him in another four. There is a trust factor with Semi, and both his teammates and coaches know it.

Although hardly flashy or demonstrative, Semi makes the right play. Sometimes this means he comfortably sits in the corner for entire possessions to stretch the defense. When you see how his corner 3-point shooting has progressed, you will understand why.

Yet, Semi has slowly added to this part of his game. Lately, he has been hitting closing defenders with pump fakes before driving the lane to find open men ditched by the help defense.

Below, he fakes out one of the game’s smartest and most capable defenders with a pump followed by a sidestep dribble. Semi even looks off a crosscourt pass to Marcus Smart before passing to Kemba Walker, a more reliable shooter.

I bet when you clicked on this link you didn’t think you’d be staring at some Semi Ojeleye assist videos. Well, get used to it. Ojeleye knows that the very last thing his coach wants him to do it to hold onto the ball. So when he’s not shooting, he’s making the easy play.

Lately, Semi has been playing one step ahead. This suggests that the game has slowed down a bit for the third year pro. Passes like the one below are both a pleasant surprise and a testament to what team chemistry can do to a player’s development.

Considering he shot 42.4 percent from beyond the arc during his last college season, Semi’s decent perimeter shooting should not come out of left field, and although he is not tasked with leading the Cs in scoring, he has found a role by being a smart offensive player.

Specifically, Semi has demonstrated a talent for timely cuts and simply being in the right space at the right time. Playing as an undersized big in this next clip, Semi has the ability to toggle between the corner and dunker spots. Despite being 6-foot-6, he finds a way to score on a matchup zone against Miami.

This shove on Duncan Robinson demonstrates Semi’s wherewithal on the court. He anticipates where the (long) rebound could go and scores the offensive board. Some dudes just have a nose for the ball and he is one of them.

Defensively, Semi’s versatility is his greatest strength. He won’t rack up steals or blocks but, he will take on just about any player. We all remember his strategic deployment on Giannis a couple of postseasons ago.

Yes, Ojeleye has the body and footspeed to defend a wide range of positions. But, he is also a reliable player in terms of game IQ. Three of his blocks this season have been on 3-point attempts; something not seen too often for a player averaging fifteen minutes per game. For reference, it is notable if a player blocks more than ten 3-pointers in a season.

Watching these particular blocks displays Semi’s feel for the game on defense. He knows when to gamble and when to stay home. Despite having a reset shot clock, he goes all out to block a triple attempt. Many players hesitate in this situation as they prepare for the shooter to attack their closeout.

Sadly, this mini love fest for Semi must come to an end. Am I arguing for more minutes to go his way? Not at all. Rather, Ojeleye is doing just fine in his role.

He doesn’t need the ball in his hands, plays energetic and smart defense, and is one of the few players to ever (somewhat) slow down the Greek Freak. The Celtics could do a lot worse for an 8th or 9th man. Sure, they still need a bench scorer and possibly an upgrade at center. For now, however, try and keep Semi out of your fake trades.