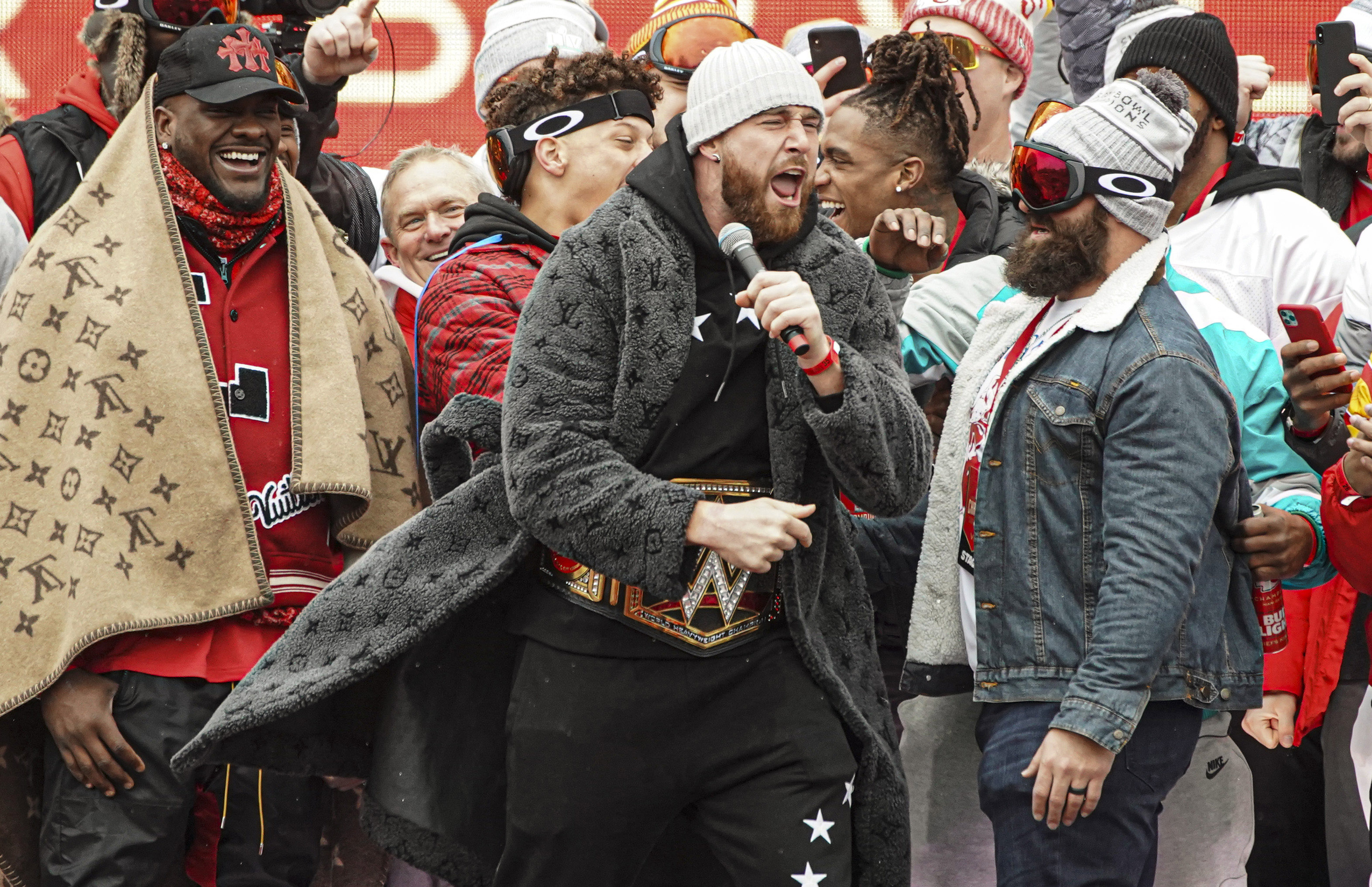 Chiefs tight end Travis Kelce had to fight for his right to party — and did, in Super Bowl LIV.

Kelce outgained 49ers stud tight end George Kittle in the big game, with six catches for 43 yards. He likely would’ve had more, had he not been interfered with in the end zone in the fourth quarter — drawing a key pass interference penalty. Kelce then went on to catch a touchdown pass soon after, cutting the lead to 20-17, and giving the Chiefs back the momentum they had previously lost.

He has a huge personality, and can command a room — or a city, in the case of Wednesday’s Super Bowl victory parade. Kelce delivered an epic speech on stage toward the end of the parade, and you’ll want to check it out below.

“I’m wearing half the beers I’ve been trying to drink, baby!” Kelce yelled.

Travis Kelce stole the show on stage at the parade, because of course he did. His speech won the day (aside from the guy who fell out of a tree).pic.twitter.com/vdwFiTeV4w