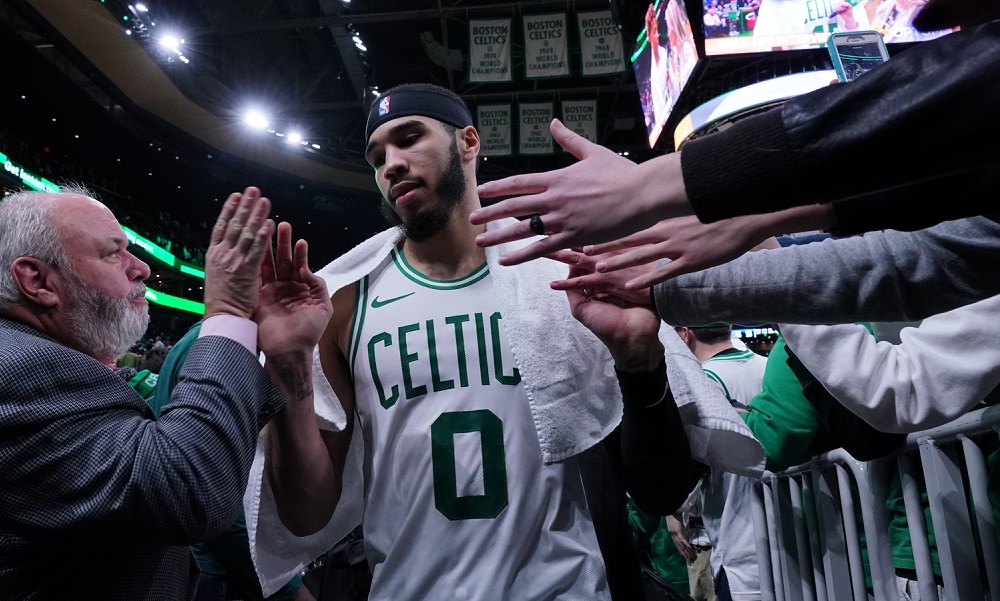 It wasn’t an easy win, but it was a solid win. The Celtics used a strong second half to defeat the Orlando Magic, 116-100. Here are five thoughts about it.

1. Tatum growing before our eyes

Jayson Tatum always wanted to be the next Kobe. Maybe he will be.

Tatum was the star of the game, stuffing the stat sheet in the process. He scored 33 points on 11-of-24 shooting; made 5-of-11 threes and 6-of-11 free throws; and added 8 rebounds, 5 assists, 3 steals and 2 blocks. Tatum then took over the fourth quarter, scoring 13 and draining a trio of triples, killing all Magic hope as the Cs pulled away.

The All-Star is now averaging 21.9 points per game, and is trending upward. In the small sample of three games so far this month, Tatum is averaging 28.7 on 54.8% effective field goal shooting, with a net rating of plus-26.4. And the eye test shows him clearly being more assertive. Last night his late takeover, done within the offense, left Orlando helpless.

It’s exciting to imagine how high this young star might rise.

The Celts keep finding ways to win, despite never having their full roster available. Saturday they were without Kemba Walker. Monday, Kemba and Marcus Smart. Last night, Kemba, Smart and Daniel Theis. Even so, they’ve won five straight. Last night, the team depth and some notable rookie contributions helped get the job done.

However, Murphy’s Law: in the final minute of the game, Jaylen Brown slightly twisted his ankle and limped off. Brad Stevens said “it didn’t look bad,” but he often says that. We’ll wait and see.

Romeo Langford on his reaction to finding out he was starting: “I was kind of shocked.”

Langford said Hayward gave him some words of encouragement at halftime. “It was a big help. It shows they believe in me.”

Impressive debut start for Langford as he looked completely comfortable throughout his 28 minutes. The rook shot 3-of-4 and did not hesitate to attack the rim. He was strong on defense, too, blocking a layup by Evan Fournier and drawing a charge on Aaron Gordon with a smart switch (pun intended) in the paint. While Fournier led the Magic with 26 points, he did not get them against Romeo.

In his defensive matchups, Grant Williams allowed just 2-of-10 shooting by various Magic; added 2 blocks and a steal; scored 13 for the second straight game; made 3-of-4 threes (it seems so long ago that he couldn’t get his first one); and was on the court (with Langford) in crunch time.

Finally, Tacko Fall got the most out of his 47 seconds. He was inserted for rim protection on the Magic’s final possession before halftime, and he gave the crowd a thrill by grabbing one rebound in the final seconds of the 4th quarter. (They were chanting for him with 5 minutes left in a 10-point game – pump the brakes, fans!)

First half, not so good. Magic shot 54.1% and scored 56 points. Second half, much better. Magic dipped to 31.6% and 44 points. Significant efforts came in limiting Nikola Vucevic, who averages 18.6 PPG but scored just 12 in 33 minutes, and Terrence Ross, who usually kills the Cs but needed 16 shots to get 18 points.