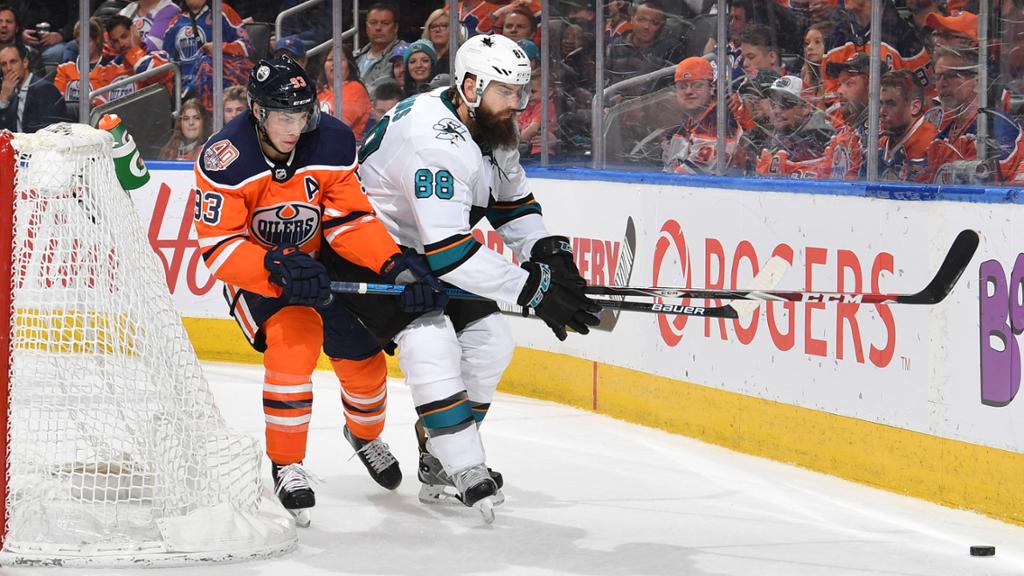 The men in orange and blue are back at home and this squad is hoping that the shortest month of the year can bring the most points possible on 10220 104 Ave NW.

The Oilers are back at Rogers and are looking to put a lackluster effort vs Arizona on Tuesday far behind them. Tonight, the San Jose Sharks are in town for another Pacific Division tilt.

Tonight will also finally see the NHL debut of Tyler Benson. Benson, the leading scorer down in Bakersfield will play on the 4th line tonight with Gaetan Haas and Alex Chiasson.

Edmonton: Wake up! Slow starts vs divisional opponents can’t happen again. The top six forward group has to make an impact early in this one.

San Jose: Stay out of the box. I know San Jose has the best PK in the league coming in with a mark of 86.8% but do you really want to tempt fate against the team with the best powerplay mark (Edmonton’s PP is sitting at 28.9%) in the league?

Edmonton: The reboot of Sam Gagner: Edmonton Oiler has been very fun to watch since the Oilers brought him back into the organization. Gagner has battled hard on the bottom six of the Oilers forwards and when called upon has produced, tonight he’s on the top line. Keep an eye on what he can do skating with Archibald and McDavid.

San Jose:
The loss of Tomas Hertl due to injury for the Sharks is a big one but when it comes to scoring at forward, Evander Kane has been there to lead the way in goals. Kane has 20 goals this year and is on pace to break his career-high of 30 goals which he recorded last season. Look for him to be buzzing on the first line of San Jose.

Other Notes
Not an Oilers specific note but by suiting up in tonight’s game, Patrick Marleau will be just 61 games back of passing Gordie Howe for the most regular-season games in NHL history. Marleau might be 40 but he’s always been one of the most consistent players in the league and has never had any major injury troubles, I think it’s safe to say that this mark will be falling by next season.

Things get going at Rogers Place at 7:30PM Mountain.