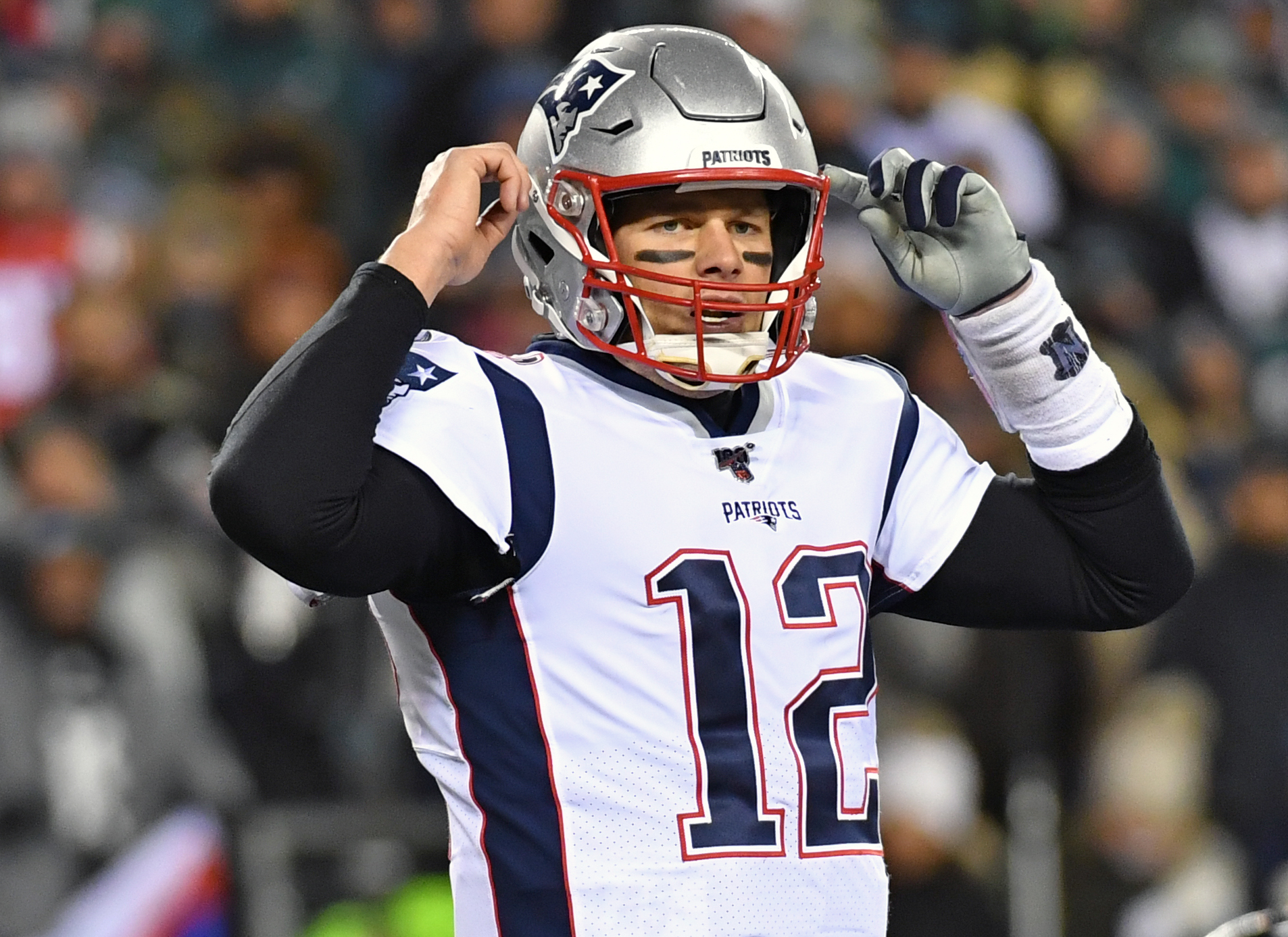 I have no clue why this story or idea took off in the first place.

It might have started with Skip Bayless bringing up the idea of releasing Jimmy Garoppolo and signing Tom Brady.  Take a listen- Skip starts talking around the four minute mark:

It’s a fantasy idea.  In a fantasy world, I guess it makes sense.  People saw how much Tom Brady struggled not so much physically, but rather because he had a huge lack in offensive weapons this season.

Give Brady Deebo, Emmanuel Sanders, Kendrick Bourne, George Kittle, Raheem Mostert, and Telvin Coleman, along with a top ranked defense that held Patrick Mahomes to 10-points for 50 minutes, and you’ve got the makings of a Super Bowl champion.

Even at 42 years old, Brady played at a high level.  Had Brady been a 49er this season, most people believe, the 49ers would have won the Super Bowl, and not Kansas City.

But Jimmy Garoppolo is the man under center in San Francisco, not Brady.  He is a free agent, and could possibly sign with the 49ers if they wanted to go that route, while releasing Garoppolo actually wouldn’t hurt the Niners as much as people think.

In this perfect scenario, Garoppolo is released, which would free him to go back to the Patriots and Bill Belichick, who was rumored to have never wanted to get rid of him in the first place. 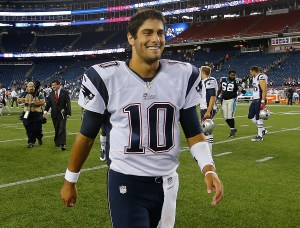 FOXBORO, MA – AUGUST 22: Jimmy Garoppolo #10 of the New England Patriots smiles after defeating the Carolina Panthers in a preseason game at Gillette Stadium on August 22, 2014 in Foxboro, Massachusetts. (Photo by Jim Rogash/Getty Images)

Brady, excited to be playing for his childhood team, would then lead the 49ers to their 6th franchise Super Bowl win, tying both the Steelers, and the Patriots for the titles.

It’s an intriguing idea, but let’s be real, this isn’t happening.

There’s no way the 49ers are parting ways with Garoppolo, 28-years old, coming off a Super Bowl appearance, for 42, soon to be 43-year old Tom Brady.  Even if Brady were to give the 49ers two good season, say one Super Bowl, then what?  You’re back to the drawing board in two years trying to find the next successor while guys like Deebo, Bourne, and Kittle are hitting the prime of their careers.

It’s fun to think about, and there’s a very real possibility, perhaps even probability, that had Brady been the QB in San Francisco on Sunday, the 49ers, not the Chiefs would have won Super Bowl 54, but it didn’t happen, and it probably never will.

So why has it taken a life of its own?  Because the NFL season is over for now, and because Tom Brady is a free agent.  Now if you really wanted a “what if” story, how about a quarterback who has been aching to win another Super Bowl, has been frustrated with close calls, and knows his team right now, can’t beat the team he grew up rooting for as a kid- some dude named Aaron Rodgers?

Nah, never mind, because that isn’t happening too.  Right?