Your Morning Dump... Where the Celtics keep on rolling ahead of the trade deadline 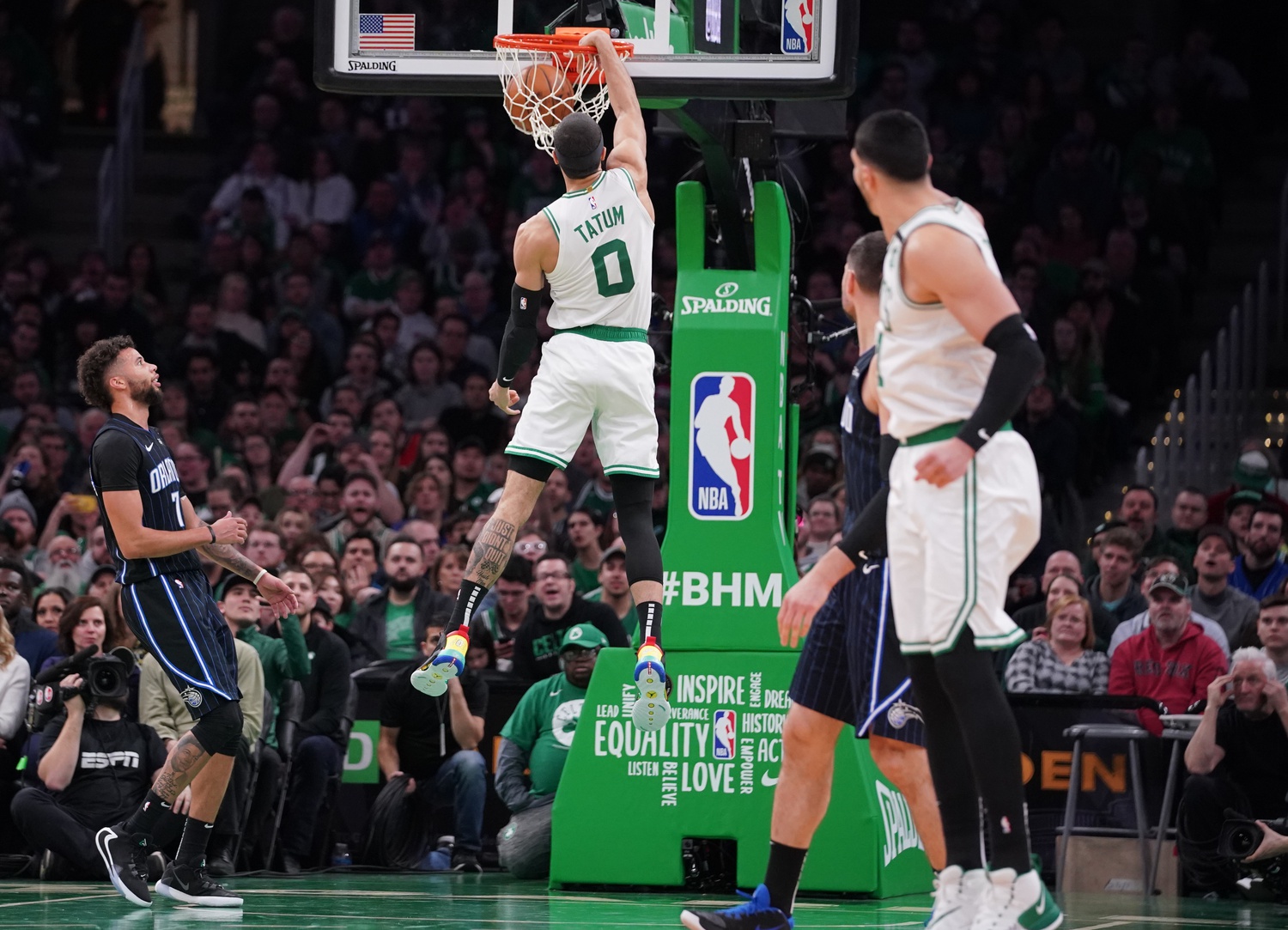 Your Morning Dump... Where the Celtics keep on rolling ahead of the trade deadline

The focus today will be on Danny Ainge, and if he makes a move before today’s 3pm trade deadline. BUT, let’s not discount the fact that the Celtics have won five straight and eight of their last nine games, including a shorthanded win against the Magic last night.

It remains to be seen how the rest of the conference’s arms race will shake out, but back at TD Garden, the Celtics were once again showing that perhaps they will not need reinforcements.

They were once again considerably shorthanded, this time without starters Kemba Walker and Daniel Theis, and sixth man Marcus Smart. And once again, it didn’t matter as a makeshift rotation won by 16 points against a likely playoff team, stretching this winning streak to five games.

Despite being shorthanded to start and also losing Jaylen Brown in the fourth quarter to an ankle injury, the Celtics’ youth responded in a big way, specifically from Grant Williams and first-time starter Romeo Langford.

Stevens once again got elite contributions out of his younger players, with Langford and Grant Williams both logging major crunch time minutes in a game the Magic had cut to 94-91 on an Evan Fournier 3-pointer with 8:12 left.

The Magic swingman scored 10 points in the fourth, including a pair of threes, and when the night started was Stevens’ main assignment for Langford.

The rookie responded well, catching Fournier with a chase-down block early in the game, and going on to shoot 3-for-4 and finish at a plus-eight. Williams shot 5-for-6 for 10 points, grabbed six rebounds and finished at a plus-10. His ability to rip the ball out of Aaron Gordon’s hands during a drive in the third quarter brought the Celtics bench to its feet.

“Grant does so many things to impact the game,” said Hayward. “I think he’s done a great job for us. And, defensively, he’s been pretty good. Definitely on the ball defender and, offensively, just seems to be in the right spot a lot of times. Or just helping guys out, getting guys easier looks, making other guys successful. He’s that type of player, just makes everyone better. Certainly now he’s a lot more comfortable shooting it and the defense is going to have to respect it. That’s going to make him way more valuable.”

Jaylen Brown declined to comment on the severity of his ankle injury, but Brad Stevens does not think it is too serious.

This leads to the question of whether the Celtics actually need to make a move ahead of today’s deadline. With Grant stepping in and doing his best Al Horford impression and the potential for Langford to provide quality minutes, the Celtics’ bench depth could be fueled by their rookies.

Regardless of what Ainge decides to do, Stevens is focused on his players and getting everyone healthy for the playoffs. If the Celtics were to make a move, Coach isn’t worried about how the new addition will fit in.

“I’m not as worried about the continuity thing as much as just the fit with the team, Stevens said. “So if we were to add somebody, it’s more about fit. We very rarely have continuity in the NBA. I mean, five of my seven years here, we’ve changed over half our team before the season starts. So you get used to that pretty quick. But from a standpoint of being able to play with each other, accentuate each other’s positives, play with a role, all that stuff, you have to consider all those things depending on ultimately if you choose to add somebody or not.”

On Page 2: Who the Celtics should add at the deadline

The Celtics have been linked to a plethora of names, but overall don’t look like they will be making a move today. The other contenders in the East have already made moves, with the Heat acquiring Andre Iguodala and the Sixers bolstering their bench with Alec Burks and Glen Robinson III. The Celtics have been looking for a rim protector or some scoring depth, and the latter would certainly help the playoff push in the quest for Banner 18. If they were, here are a few names that might help:

Denzel Valentine ($3.3 million)
6-foot-4
Age: 26
3pt: 39.5 percent
3pt career: 37.7 percent (4.1 attempts per game)
Overview: The former lottery pick has been in the dog house for Bulls coach Jim Boylen during much of the past season before finally getting a shot in rotation in recent weeks once injuries have led up. He’s strictly just a catch-and-shoot player (just five free throw attempts all year) but he’s a good one at that although his shot selection can be questionable at times. His defense is what keeps him off the floor though and may be poor enough for the C’s to pass on him. Will be a restricted free agent at the end of the year.

Both Hill and Jae Crowder were late scratches for the Grizzlies on Wednesday, so they’re involved in deals that are in the works. Crowder isn’t on this list because he’s shooting 29.3% from deep this year.

Hill, on the other hand, is shooting 38.1% from beyond the arc. And he’s already comfortable coming off the bench — that’s been his role in Memphis.

The Suns were in on him, but the deal fell apart. According to ESPN’s Adrian Wojnarowski, there were issues regarding protections on the first-round pick Phoenix was sending Detroit.

Luckily for the Pistons, the Celtics have three 2020 first-round picks at their disposal (assuming the Memphis and Milwaukee picks convey, which remains the trend).

His major drawback: his knees.

Kennard is dealing with tendinitis in not just one of his knees. bjelicaHe’s got it in both of them. Kennard hasn’t played in a game since December 23.

Personally, I’m targeting Nemanja Bjelica or Davis Bertans. Bjelica is shooting over 43% from downtown this year, and Bertans is not far behind at 42.9%. Both are lanky, bigger guys that will immediately add another element to Brad Stevens’ attack.

I love deadline day. The potential for season-changing moves is always exciting even though the Celtics have not made a move since 2015. I’m hoping for a small move that will add bench scoring, but all we can do now is wait patiently for Danny to work his magic.

Herald: Celtics need a player for stretch run; here are five who could help as trade deadline nears

Masslive: Boston Celtics Jayson Tatum goes from ‘rushing’ to calmly carrying games: ‘Confidence has a lot to do with it’