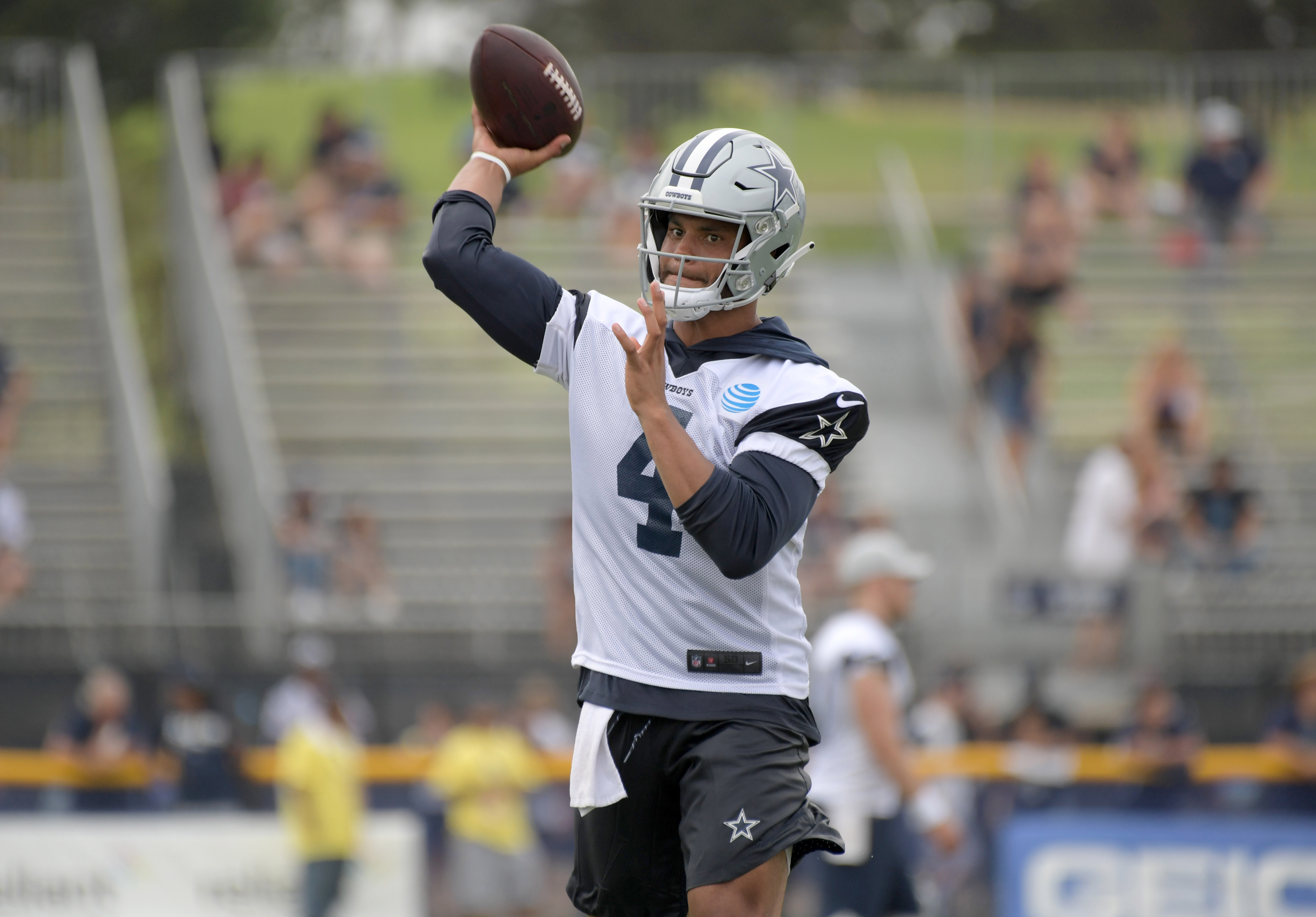 If the reports are true, holy cow…good for you Dak Prescott.

You cannot fault a person for asking to be paid what he feels he’s worth or has earned, and no question, Dak Prescott is the face of the Dallas Cowboys franchise, the most valuable sports team according to Forbes magazine.  And mind you, this list includes the NFL, Major League Baseball, the National Hockey League, and soccer clubs such as Real Madrid and Barcelona.

At over $5 Billion, the Cowboys are the envy of all sports franchises in terms of value, but not championships, and there in lies a little bit of the questions marks regarding Dak’s asking price.

Reports surfaced that Dak was close to an extension that would have paid him $33 million a year, but he turned it down for more money.

And that’s a bit of a head scratcher.

Nobody is really doubting that Dak isn’t a franchise quarterback, he’s got some hardware to back that claim, including two Pro Bowls and Offensive Rookie of the Year.  His numbers?  Try 97 touchdown passes in four seasons as a starting quarterback, and add another 21 scores on the ground.  This past season alone, Dak set career highs in touchdowns with 30, and was less than 100 yards away from hitting the 5,000 yards passing mark.

Oh yeah, Dak also did that on an expiring rookie contract, and that’s gutsy.  He bet against himself, and statically, he won, big time.  Only problem is, Dallas finished 8-8, and missed the playoffs on a team absolutely loaded with talent.  The Cowboys went 2-6 against teams with winning records, and that in a lot of ways, falls on the quarterback.

Just as he gets the glory in any victory, so they get the fault in any losses.

That’s what Dak had to go through this season.  He won in many aspects because of his play, and his stats.  Half the league would kill to have Dak Prescott as their starting quarterback right now.  But at over $33 million a year, yikes- that would make him the highest paid quarterback in all of football.

He’d be getting paid more than Russell Wilson, Big Ben, Aaron Rodgers, Jared Goff, Carson Wentz, and Matt Ryan, all quarterbacks who have taken their teams to a Super Bowl, of which Dak has yet to do.

I’m not saying he isn’t worth the money, especially at only 27-years old, but man, that’s heavy.  Good for him.  Meanwhile, a Yahoo article with a poll asking “Should Dak be the highest-paid QB in the NFL” has garnered almost 75,000 votes, with an overwhelming 92% saying “no way”.

Dallas has a decision to make.  Franchise Dak while having to somehow work out deals for other key players, like wide receiver Amari Cooper, or somehow, work out a long term deal with the face of your franchise while fielding a team that is looking to bounce back from a disappointing season.

Dak wants his money- pay him?  Or nah?