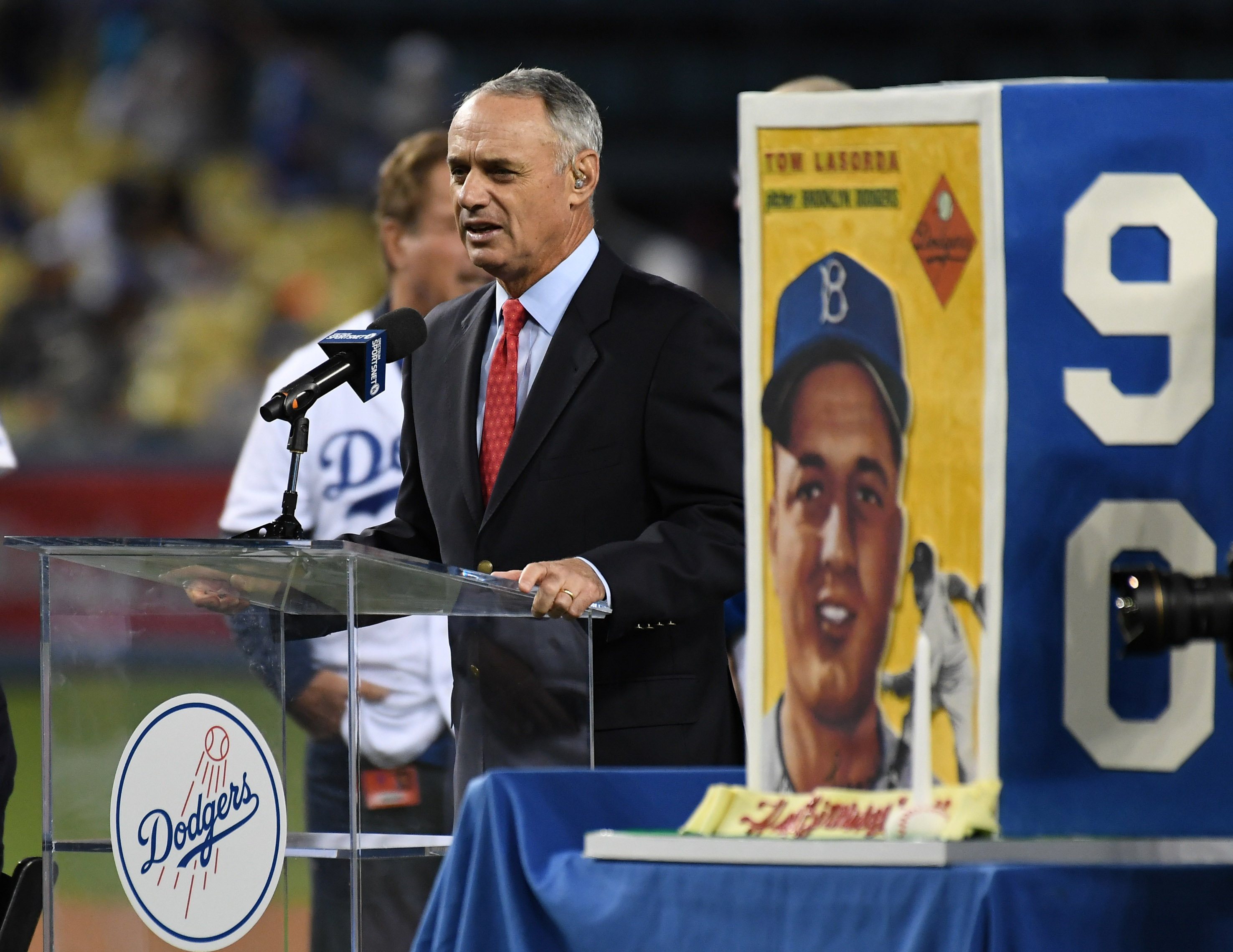 By now you’re aware that the Steve Cohen deal to buy the Mets has been lowered to six feet under the parking lot. The Mets made the announcement while giving us what’s known in the television business as “a teaser”:

In a statement, the Wilpons confirm their sale of the Mets to Steve Cohen "would have been too difficult to execute" given its complexities.

However, the family still intends to sell the team. It has hired the investment bank Allen & Company to manage that process.

All right. They’re still selling! Saul Katz’s money flying out the door is leaving the Wilpon family no choice and they’re finally going to ride off into the sunset. Maybe in a torrential downpour and blizzard level winds, if we’re lucky. Hooray?

I’m invoking my rule of not being excited over anything until the ink is dry on the contract. Yeah, they’re selling. But MLB is going to have a say in this. Remember Rob Manfred’s quote about the Steve Cohen sale:

Here are Rob Manfred's full comments on the Mets' sale falling through: pic.twitter.com/XXcwrf4ZUh

Rob Manfred, as an extension of Bud Selig, is going to bend over backwards for the Wilpons here, carrying Jeffy over his shoulder until he burps. Remember, the Wilpons never abused the slot allotments for their draftees. They never fought about wearing the 9/11 hats during games. They’ve toed the company line for Bud and Rob and now they’re going to reap the benefits of that toeing. The bank they’ve hired to manage the sale of the team will find prospective buyers that fit the Wilpons’ criteria, including Jeffy. We already know the criteria, because it was spelled out: Jeffy is going to remain an integral part of the organization, and most likely well past the five years that was the original parameter under the Cohen sale. So even if they don’t get the $2.6 billion that they would have gotten from Cohen, it isn’t going to matter because Jeffy is going to be a salaried employee, and he’s now empowered to ask for whatever the hell he wants.

He’ll get it, too. Because Rob Manfred isn’t acting on behalf of Mets fans, or on behalf of the National League franchise in the number one market in the United States. He’s working on behalf of the Wilpons because that’s his job. Whatever faceless corporation that will meet the criteria will be the one that Manfred will steer the Mets to, creating a universe in which we’re never going to get rid of the biggest problem that the New York Mets have, which is Jeff F***ing Wilpon. If Jeffy is still making baseball decisions after the family sells the team, then they might as well keep the team because nothing will change.

And as long as the family has Andy Martino, who is basically Jimmy Olsen if Jimmy Olsen was reporting from Lex Luthor’s camp, spewing the Wilpons’ propaganda on the flagship station of the Mets which the Wilpons will own forever, enough people will think that everything is fine and they’ll drown out the disenchanted enough to be able to label them the lunatic fringe and keep them at arm’s length forever.

The train may finally be leaving the station. But Jeffy is going to be conductor emeritus. Next stop: Worst Case Scenario. (Transfer for trains to Bobby Bonilla Day.)