Side-by-side comparison of Patrick Mahomes, Brett Favre shows how alike the two are 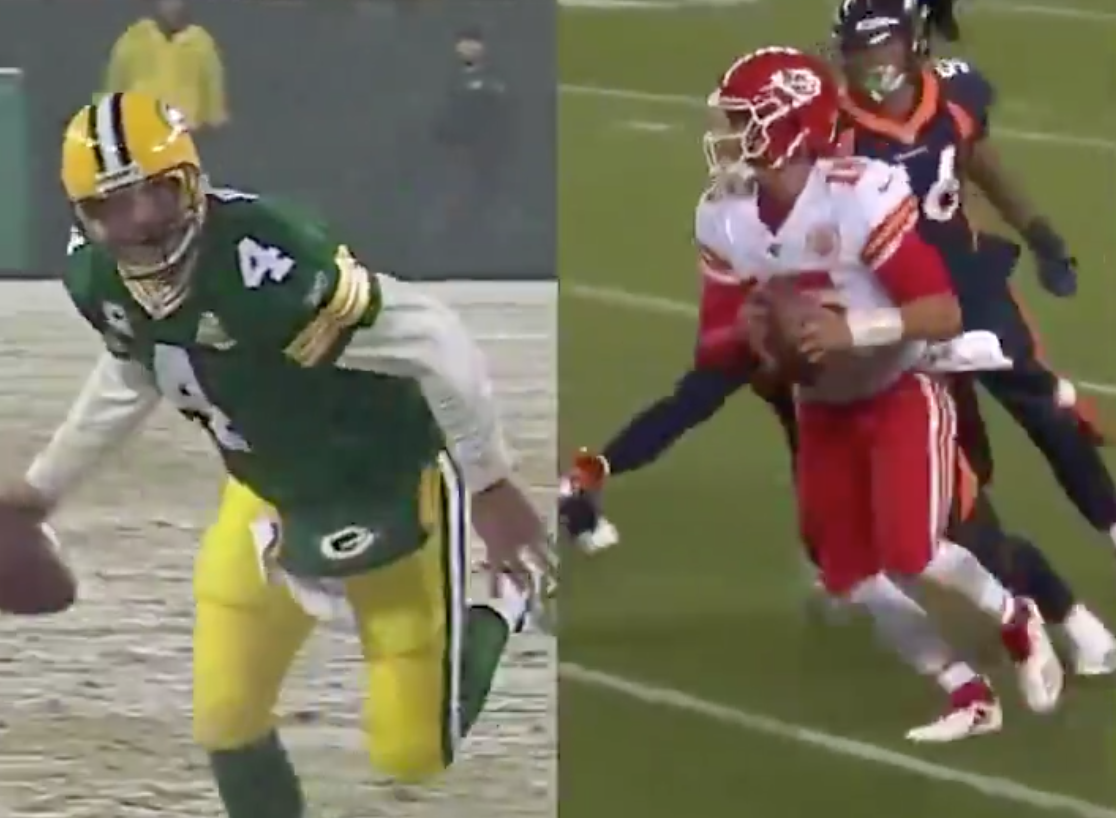 Side-by-side comparison of Patrick Mahomes, Brett Favre shows how alike the two are

Chiefs quarterback Patrick Mahomes has already won a MVP award, a Super Bowl ring, and a Super Bowl MVP — and he’s only 24 years old. He’s the definition of a gunslinger, and he’s looked exactly like the quarterback he was once compared to coming out of Texas Tech — except a better, more mobile version

Mahomes, with his cannon for an arm, due to his baseball background, never shies away from throwing into coverage — even if trying to fit the ball into a tight window. In that sense, he’s very similar to Favre, who never really saw a passing opportunity he didn’t like.

This side-by-side video comparison shows just how alike the two were.

Mahomes and Favre have some crazy similarities 👀👀 @PatrickMahomes @BrettFavre pic.twitter.com/VYJ7FfJOwi