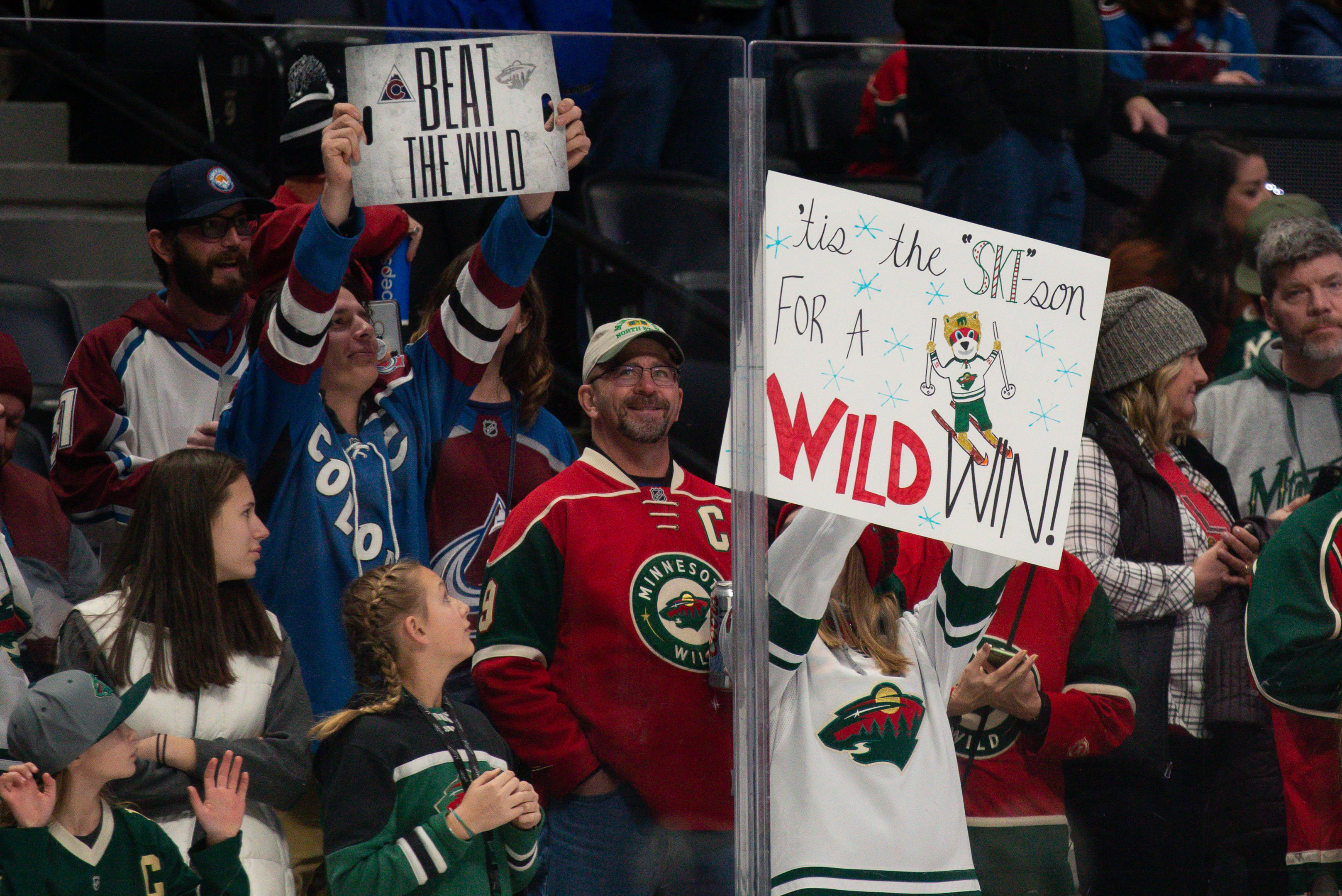 Well folks, it’s Oscars Sunday. With that in mind, I’m sure some of you will be flipping between the Wild game and the Academy Awards. I on the other hand will be working during both the ceremony and the game. Today, the stars will be out in their finest clothes (some of them in clothes provided by designers free of charge) with borrowed jewelry from one of the super elite jewelers in California. What I love about the awards shows, is sometimes watching the faces of those who do not win the the Oscar. On occasion, it’s like you can see the thoughts running through their heads. At these awards ceremonies, you pretty much have to be on your best behavior (unless you’re Kanye West), but when it comes to hockey, the behavior is much different. It can be anything from chirping and yapping, to pushing and shoving, to an all out, bench-clearing brawl. If you think about it, hockey is far more honest when it comes to displeasure when compared to an awards show.

So we’re going to do things a little differently here. We’re going to start with the hockey version of “best picture” with the favorite game of the year. Winning pretty much hands down, was last month’s 7-0 beat down of the Dallas Stars on Hockey Day Minnesota. Three of the four choices showed the Wild’s ability to score, although two of those showed the defensive woes this team has been struggling with this season. It was nice that there were two shutouts included in these games this year.

Next, we’re moving on to the role of best director, ie coach/manager. Within the organization, there’s not a lot to choose from. You have Minnesota Wild head coach Bruce Boudreau, Wild General Manager Bill Guerin, and Iowa Wild head coach Tim Army. The obvious winner is Boudreau. Sure, he’s had a rough couple of seasons, but considering the hand he’s been dealt, there’s not much more he could have done. Coming in second place is Army. The Iowa Wild are having a great season this year. For the American Hockey League, you never know when you’re going to lose your best scorer or goaltender to the parent club, and being able to maintain your success when losing players for a couple weeks is impressive. It also seems like his players are responding well to his coaching style. Guerin clearly came in last place, which makes sense. He really hasn’t done anything yet as a general manager. However, with the trade deadline coming up and then with the draft and free agency, that is when he will truly be tested.

Best Actor in a Supporting Role

When it comes to hockey, I’m probably one of the stranger fans out there. While many people love the big scorers or the goaltenders, for me, I’ve always preferred the role player kind of guy. They don’t get nominated for awards. They don’t get the accolades that the star players do. However, they’re needed just as much. Great teams get contributions from the guys who don’t log a lot of ice time. This year, we have a nice group of guys eligible for this role, Marcus Foligno, Jonas Brodin, Alex Stalock, and Carson Soucy. Foligno has been great this season. He’s never going to be a big time scorer, but he does have the ability to do a little of everything. He can score goals, but he can also be physical and stand up for his teammates. Rounding out this group, we have two defensemen in Brodin and Soucy and even backup goaltender Stalock. Although one could almost argue that Stalock has taken over the number one goaltender spot from Devan Dubnyk.

Best Actor in a Leading Role

Remember how I said I prefer the role players in hockey? Well now we move on to the guys who get the bulk of the press and the payroll. With our group this season, I could do without them as they really haven’t done much for the club this season. Sure, Zach Parise and Ryan Suter are in the top five when it comes to scoring, but beyond that, I really don’t have much to say about them. In fact, I’d rather talk about Kevin Fiala. He’s made his way into Minnesota’s top five, and that’s due to his hard work, unlike Suter and his worthless second assists that he always racks up. I just wish that Fiala has edged out Parise in the voting, but let’s face it, there are too many people who will vote for a name rather than the person.

Next, we’re moving on to the role of radio play by play. When it comes to the Minnesota Wild, I’ve always preferred our radio guys to our television guys. When you have to do play by play on the radio, you have to be super descriptive of the play. Also, with the possible retirement of current Wild play by play man, Bob Kurtz, there have been a few substitutes this season, using the time as an audition. The top two guys are Saint Cloud State radio and State Tournament guy Jim Erickson and Iowa Wild radio guy Joe O’Donnell. Winning the polling is Erickson, but if it was my choice, it would be O’Donnell. O’Donnell was with the team when they were still the Houston Aeros and made the move to Des Moines. He’s definitely paid his dues and knows the organization. Rounding out the polling is Paul Allen and Kevin Falness. In regards to Allen, um just no. He’s best sticking to football. And Falness, even bigger no. Let him remain the studio guy.

Rounding out the Wild’s Oscars, is for the best TV analyst. To a degree, I would say who is the best of the worst. Minnesota’s TV personalities have been brutal. This has been a season of rotating color guys, which has given us a break in constant goaltender stories by Mike Greenlay. Although, there are nights where I’d rather listen to Greenlay’s lame stories and jokes than hearing Wes Walz constantly say things like “when I was playing…” We get it Wes, you once played hockey, please talk about the actual game. The top two vote getters this season were Lou Nanne and Ryan Carter. Yes, both tell their own hockey stories during the broadcast, but differently (and better) than Walz. Nanne, is well Nanne. The breadth of hockey history and experience cannot be ignored. The old-time hockey fans love what Nanne brings, and you always want to hear more. With Carter, he seems to do a better balance of talk about the game being played and comparing it to his time with the Minnesota Wild as a player. Something tells me though if Carter were to get the analyst role full time over Walz, there will be a contingent of fans who will complain. I liked Walz as a player, just not as an analyst.

So there you go, this year’s version of the Wild’s Oscars. If you’re attending an Oscar’s party today, enjoy the many snacks. Or if you’re heading to your local watering hole for the game, enjoy that too. I feel like tonight is going to be the night that the current winning streak ends. However, if the Wild manage to pull off the win tonight, this week will end just about as well as it possibly could.