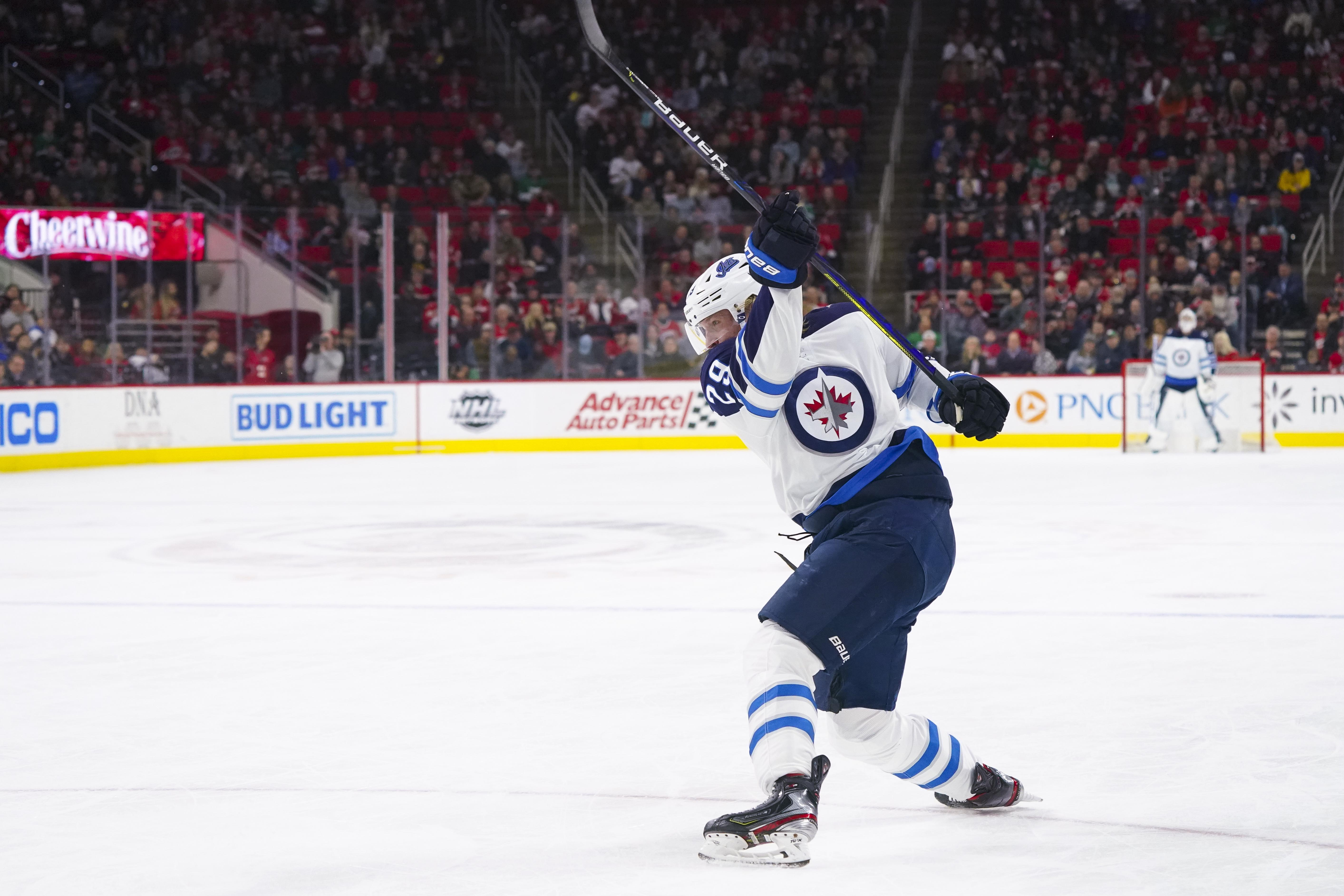 Winnipeg Jets right winger Patrik Laine of Tampere, Finland, notched his eighth career hat trick on Saturday afternoon as the Jets defeated the Ottawa Senators 5-2 at Bell MTS Place in Winnipeg, Manitoba. All three of Laine’s goals came on the power play. It was Laine’s first hat trick since recording a five goal game in the Jets’ 8-4 win over the St. Louis Blues on November 24.

Laine scored his first goal of the game with 2:56 left in the second period. Laine scored on from Neal Pionk of Omaha, NE and Kyle Connor of Clinton Township, MI and it turned out to be the game winning goal. At the time, the Jets took a 3-1 lead. Laine then put the Jets up 4-2 with a goal 12 seconds left in the second period from Pionk and Blake Wheeler of Plymouth, MN. Laine then notched his hat trick to put the Jets up 5-2 with a goal from Wheeler and Connor at 8:43 of the third period.

Eight players hold the NHL record for most power play goals in a game with four. The record holders are Camille Henry of the New York Rangers, Bernie Geoffrion of the Montreal Canadiens, Bryan Trottier of the New York Islanders, Chris Valentine of the Washington Capitals, Dave Andreychuk of the Buffalo Sabres, Mario Lemieux of the Pittsburgh Penguins, Luc Robitaille of the Los Angeles Kings and Scott Mellanby of the St. Louis Blues.