Will the Wizards get over the hump into the playoffs? 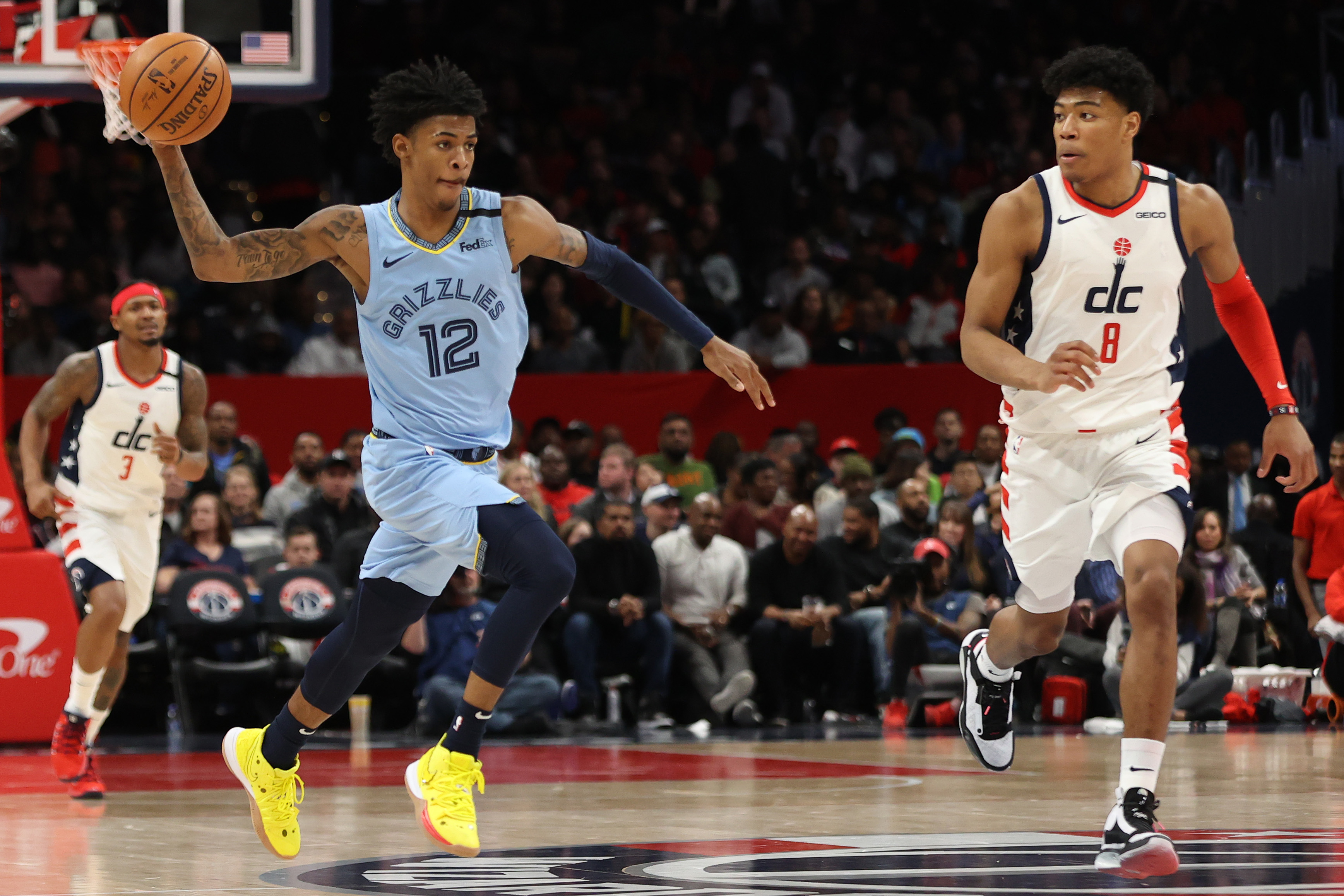 Will the Wizards get over the hump into the playoffs?

Because of how bad the Eastern Conference is after the few contenders, the Washington Wizards entered Sunday night’s game one back in the loss column from the No. 8 seed. Despite a terrible 18-32 record, Bradley Beal had a hint of realism in his claim that he wants to get his team to the playoffs.

Losses to the Grizzlies when up seven with 10 minutes to go drastically hurts the cause. So does allowing 125 points to the worst offense in the NBA this season as Washington did against the Warriors snapping a two-game winning streak. The team Washington is chasing in the standings is Orlando, currently 22-31. It is odd to play a team four times in the first three months of the season, but that is what happened when the Magic swept the season series with the Wizards. The Magic could be 18-35 and the Wizards could be 22-29 if things were flipped.

Washington has had a couple stretches of winning three out of four games in January and the most recent stretch in February, but they never seem to sustain it for an extended stretch. After Saturday’s light practice, I asked Scott Brooks what his argument would be in response to a fan saying there is no reason to try for the playoffs instead of tanking. The always politically correct head coach returned to the fact that 2019-20 is to develop the team’s abundance of young talent. If they stumbled into the playoffs, great; if not, no big deal was essentially Brooks’ message.

Now without Isaiah Thomas, Davis Bertans is arguably Washington’s second-biggest offensive threat. Beal saw a constant onslaught of double, triple, and at times quadruple teams against the Grizzlies. That was not surprising because Memphis head coach Taylor Jenkins raved about the shooting guard’s ability to counter any defense. Jenkins and the Western Conference No. 8 seed essentially told Washington ‘let’s see if someone besides Beal can beat us’. Moe Wagner had 19 points on 7-for-11 shooting and 9 rebounds, but Brooks was actually a bit frustrated with some of Wagner’s decision making and lack of physicality against Jonas Valanciunas who had 18 rebounds in 30 minutes. Davis Bertans had 15 points on 13 shots, which Beal did not think was enough.

“I wish we could get them all back. We had some good looks for sure. A few of them rimmed out. At the same time, like I told them, we got to get DB [Davis Bertans] the ball more. We got to find him more and just play off of him and make sure we don’t lose sight of that because sometimes, and I was cognizant of it tonight, sometimes we go away from him. We need him involved in every aspect of the game. We just need to be better. I got to be better, I got to make shots down the stretch and close it out,” Beal said. “Screen for Davis [Bertans]. It’s plain and simple. We got to get him open. We got to get open, we got to get him the ball, and we got to find ways of doing that. I got to screen for him, bigs got to screen for him and he does a good job of screening and freeing himself open too, so we got to mix it up. We got to be better at finding him and making sure he is involved.”

Beal made the shrewd realization that they “can’t be bad on offense and defense.” Washington is rarely going to play good enough defense to make up for 35 percent shooting from the field and 21.2 percent from beyond the arc. The Wizards have a back-to-back against Chicago and New York before the All-Star break. The team does not want to be looking back like in 2015-16 and know they dug themself too deep of a hole that they couldn’t get out of. My money is they come a handful of games short and they will look to games like Memphis that they want back.