Your Morning Dump...Where it's time to see what these Celtics are really made of 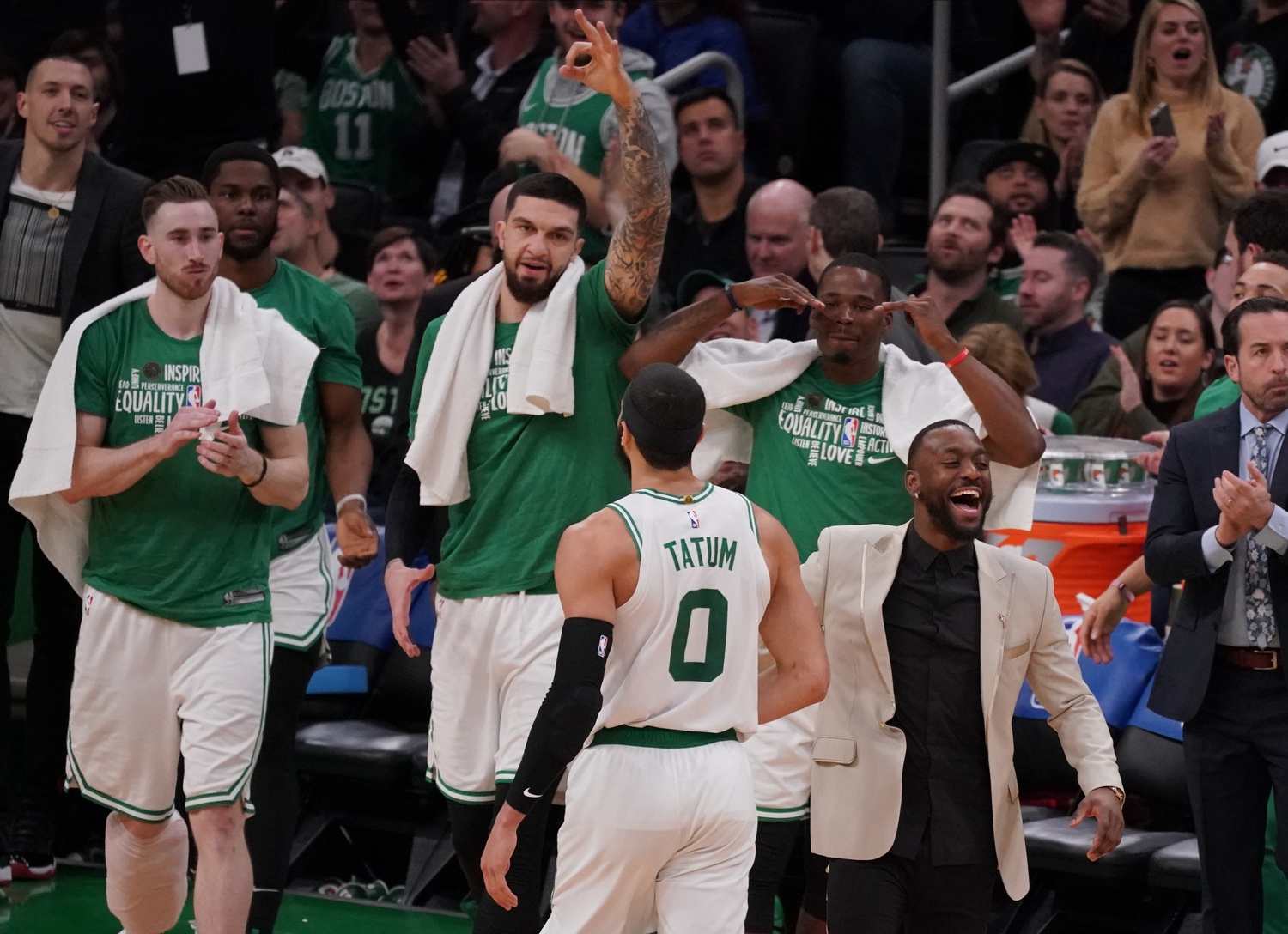 Your Morning Dump...Where it's time to see what these Celtics are really made of

The Celtics have compiled a solid 11-6 record against the powerful Western Conference this season, although that mark is a bit deceiving. Ten of those games have come against teams that currently sit among the bottom six in the West. But the rest of this month will offer a much better gauge of how Boston stacks up.

The Celtics have now won 6 games in a row and 9 of their last 10. They’ve been on a tear as of late but still have some work to do as they trail the Toronto Raptors by 2 games for the second seed in the conference. Things aren’t going to get any easier as the East is still quite congested at the top and these next 8 games are going to give us a sense as to how much this team has developed.

All season long things have been steady. Besides the stretch in January where they lost 6 of 8 games, they really haven’t had much adversity. While you never want adversity, it’ll be telling how they come out against some of the league’s best teams out west. To recap, their next 8 games are as follows:

There is a whole heap of talent on that slate to round out February and it can work as a type of measuring stick for where they are as a group. While it is daunting, it seems as though they plan on attacking it head on and are ready for battle.

“It’s tough,” Celtics guard Marcus Smart said. “You’ve got two teams that are playing really good basketball and we have to go into their house and try to come out with a win. This is something that we need right before the break and it’s not going to be easy, but it’s going to be a great test . . . If you don’t like a challenge you shouldn’t be here.”

It also is the start of a theme for the rest of the season as they have one of the toughest remaining schedules in the entire league.

Their remaining schedule is tied for the fourth toughest in the NBA, with opponents holding a combined winning percentage of .527. The three teams with harder schedules are all in the Western Conference.

They’ve been able to take care of business against lesser teams all season long but with the uptick in talent, they’re going to have raise their level of play. The bench is littered with young guys who haven’t experienced something like this in their career’s and it’s going to be important to get them some exposure before the games really count in the playoffs. Guys like Grant Williams and Romeo Langford also have an opportunity to show what they can do on the big stage as 6 of the 8 games will be nationally televised.

Another thing that’s going to be key to watch is the injury report as the Celtics have been notorious this season for having injury reports longer than the Lord of the Rings. Hopefully they can get healthy and have all of their top dogs available during this stretch. They still haven’t been able to have their core 5 available for a long period of time so we still don’t entirely know how good they can be.

Boston has dealt with nagging injuries all season, and its hope is to inch closer to full strength for Sunday’s game in Oklahoma City. Gordon Hayward is expected to return after missing Friday’s win over the Hawks to rest and mend assorted bumps and bruises. But center Daniel Theis and forward Jaylen Brown are both considered day to day as they recover from ankle sprains.

The sky is the limit for this team and it’s telling that Danny Ainge didn’t feel the need to tweak anything with this roster at the Trade Deadline. If this team can get fully healthy, they’ll be a nightmare to deal with on a nightly basis (if they aren’t already). He trusts the players they have in that locker room and he trusts Brad Stevens to make due with whoever he has available.

Page 2: Where yet again, Marcus Smart is a man of the people

Look. All y’all on the front row know by now that when I’m in y’all gonna need to put your helmets on and drink your beers fast.

In all seriousness glad he’s ok and more happy he’s at the game supporting us! That means a lot! He’s one strong kid! 💪🏾☘️ https://t.co/MsDel81H14

While I’d be delighted to go on and on about Marcus Smart, I’ll keep this short and to the point: I love him and I trust him.