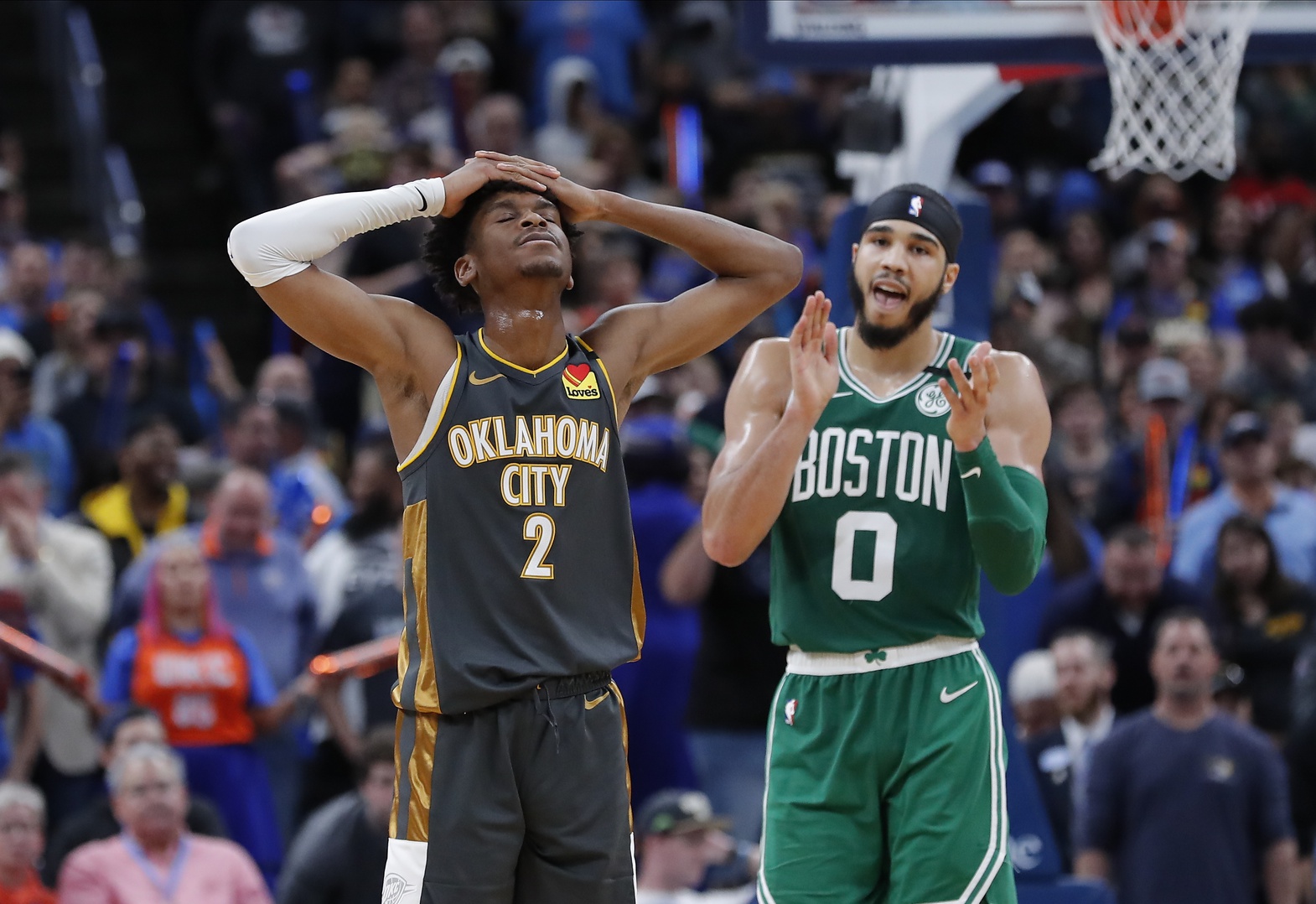 No way around it, yesterday’s game with the Thunder was a dog fight and the Celtics were fortunate to come away with a 112-111 win on the road. They tried their hardest to choke it away at the end with some brutal turnovers, but hey, a win is a win. As for my totally rational thoughts, let’s have at it.

1. Jayson Tatum can flip the switch whenever he wants to

After struggling in the first half (7 points on 2-6 shooting), Tatum was able to light it up down the stretch. He had 19 points on a blistering 8-13 from the floor in the second half. In the past, we’ve seen games from Tatum where he just kind of fades into the background if his offense isn’t on from the jump. This year, however, he’s gotten to the point where he can turn it on whenever he needs to and that’s just another step in his rapid development this season.

2. Daniel Theis is one of the most underrated players in basketball

Talk about giving someone a medal of honor, Daniel Theis was GREAT Sunday afternoon. He stuffed the stat sheet with 13 points, 11 rebounds, and 5 assists while also holding Steven Adams to just 4 points on 2-10 shooting from the floor. Enes Kanter was pretty much unplayable in this one so it was key for Theis to bring it. He still gets the most brutal whistle I’ve ever seen, but besides that, he arguably was the most important Celtic in this one. He’s been doing stuff like this all year long and has been an unsung hero for this team.

3.  When their energy is up, good things happen

One thing that was glaring in the first half was the Celtics’ energy. They seemed to be sleepwalking as the Thunder grabbed 27 rebounds in the first half and were able to drop 61 points. Coming out of the break, the Celtics put emphasis on keeping the energy up as they got back into the game with multiple efforts on the defensive end and transition buckets.

4. Marcus Smart contributes in the most unique ways

Where do I even begin? In the first half Smart was in foul trouble and low and behold, the Celtics suffered. He got a tech to end the half and then came out with a vengeance in the second half. It all led up to this game-winning play from him to seal it.

He always has a rabbit up his sleeve in the most pressing situations and it saved them in this one.

5. Is it time to shorten the rotation now that they’re fully healthy? (knock on wood)

Down the stretch, this team is going to have to sure up their rotation in order to prep for the playoffs at some point. Brad Stevens went 5 deep in this one as Smart, Grant Williams, Romeo, Kanter, and Wanamaker all got some minutes off of the bench. While Romeo only played 5 minutes, it was a point in the game where the Thunder built their lead. At some point, there has to be consistency with minutes off of the bench and it’ll be something to keep an eye on as time goes on.